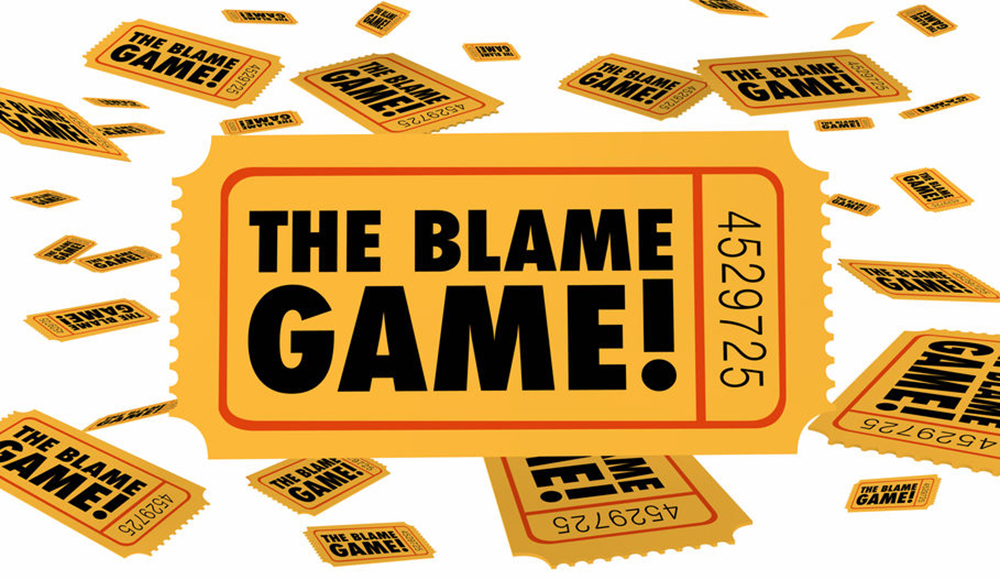 At some point, many of my clients have attended couples counseling with a narcissistic, histrionic or borderline partner or ex. Couples therapy can be a fruitful endeavor when two adults equally commit to improve themselves, their relationship and grow together. Typically, this doesn’t occur when one or both partners are personality disordered. In such cases, couples therapy with narcissists and borderlines is a theater of blame, in which problems are enabled, prolonged or worsened, rather than resolved.

Frequently, this occurs under the watch of a biased, enabling therapist. Please note, not all therapists in these situations are biased and enabling, but enough of them are that it’s a systemic problem in psychology and social work. This seems to be especially true when the husband or boyfriend is the partner being abused.

For couples therapy to be effective, both individuals must practice personal accountability. Additionally, they must have some degree of self-awareness. Especially regarding their limitations, attitudes and behaviors that contribute to their relationship difficulties. In other words, both individuals need to take their fair share of responsibility in an effort to improve the relationship.

Bottom line, people with borderline and narcissistic personalities lack the psychological capacity necessary to engage in mutually beneficial couples therapy. Ideally, I recommend not attempting couples counseling until they’ve done some individual work first and have some awareness of their issues. Even then, it likely won’t help.

Again, couples therapy with narcissists and borderlines is a theater of blame. Ideally, counseling can help the non-disordered partner see things aren’t going to get better and plan accordingly. Not so ideally, it’s a waste of time and money. That is, if you seek meaningful change and a healthier relationship. In the worst cases, couples therapy becomes yet another avenue of abuse.

The Gottman Method is a mode of couples therapy developed in the early 1990s by Dr’s John and Julie Gottman. The Gottman’s believe that relationship satisfaction and longevity is determined by how couples fight and how they make up. I agree. These are extremely important relationship variables.

The Gottman’s identified four factors that, if present in a relationship, can often predict divorce. They are:

1. Criticism: You can’t do anything right. You’re inadequate and disappointing. Everything is your fault. Nothing you do is enough. You’re not enough.

2. Contempt: You see your partner as beneath you, deserving of scornful derision. When a partner feels contempt for you, your feelings, complaints, etc., are rejected and dismissed. Contempt is a kind of relationship cancer. Once it metastasizes, it’s game over.

3. Defensiveness: This is a common response to criticism. Many people don’t like feeling criticized and initially respond with defensiveness. If character pathology is absent, you reflect upon whether the criticism is valid and fair. After which, you agree to change, don’t change or negotiate and compromise.

4. Stonewalling: Attempts to discuss relationship issues are dismissed, avoided, justified, rationalized, minimized or reversed with “Well, what about when you . . . !” misdirections.

The Four Horsemen in the Cluster B Corral.

Codependency is a dysfunctional pattern of interpersonal relating. To over-simplify, the disordered think only of themselves, their feelings, anxieties, desires and needs. Codependents are super other-focused and believe the path to love is caring for others often to the detriment of themselves. They often find healthier potential partners boring or unexciting. They’re looking for partners to fix into being able to love. In other words, a good deal of core wound work is necessary before more general relationship literature and counseling will be effective for the disordered and the codependent.

For narcissists and borderlines, communication and conflict resolution aren’t the issues. The main issue is their character pathology. The other big issues at play are your codependency and trauma bonding. That is, your need to be needed, confusing being needed with being loved, a willingness to tolerate abuse and your loyalty to people who abuse you.

Narcissists and borderlines don’t do healthy conflict resolution. They manufacture conflict when bored, attention-seeking and enjoy inflicting pain. Although, in these cases, conflict isn’t a means to resolve problems. When they generate conflict, it’s actually bullying, pouting, blame-shifting, victim-playing and/or a distraction from the actual issues. And this kind of conflict doesn’t stop until they get the desired emotional response or “win” and you apologize to them for being upset by their behavior. Basically, it’s a manipulation or coercion tactic.

This is how the Four Horsemen operate in conjunction with the personality disordered-codependent couple:

1. Criticism + Professional Victimhood: Professional victims are perpetually aggrieved. Meaning, they enjoy telling you repeatedly why you suck. You may wonder why they want to remain in a relationship with if you’re so awful. But, that would mean applying logic and reason. Also, please consider why you want to be with someone you think is awful.

2. Contempt dehumanizes you: Once the love bombing/idealization/honeymoon stage ends, the devaluation stage begins. Moreover, in order to treat you the way they do, the narcissist or borderline has to see you as less than human and deserving of scorn. After which, all manner of abuse is possible.

3. Defensiveness + JADE (justify, argue, defend, explain): Defensiveness abounds in narcissist-borderline and codependent couples. The disordered are hypersensitive to criticism and have an acute accountability allergy. They respond with denial, rage, blame shifting, sulking, lying and/or the silent treatment. Similarly, codependents also respond defensively to criticism. However, codependents JADE themselves. In other words, they justify, argue, defend and explain hoping to resolve “misunderstandings.” But, conflict with the disordered doesn’t arise from misunderstandings. In short, they create conflict for the reasons already mentioned and to perpetuate their victim narrative.

4. Stonewalling: This is common behavior in toxic relationships. Basically, stonewalling is an avoidance tactic. Again, the real issues are the characterological disturbances and codependent traits, respectively. There are several ways to stonewall. For instance, derailing and tangenting, gaslighting, silent treatments, tuning out, numbing out, over-scheduling oneself, detachment, hyper-focusing on the kids or other family relationships (e.g., an elderly parent) and/or distracting oneself with compulsive activities (e.g., gaming, collecting, volunteering, etc.)

Remember, couples therapy with narcissists and borderlines is a theater of blame. They blame you  for most (if not all) the problems and take no responsibility for their choices and behaviors You can’t single-handedly fix relationship problems. Nor can you do the work for your partner.

In order for couples counseling to be effective, several things need to happen:

1. Integrity. The professional victim stops victim-playing and takes responsibility for themselves instead of blaming their partner, their family and the world. Additionally, the lying must stop. Including lying to therapists. That’s the thing about pathological liars. They’re pathological. And they won’t stop.

2. Reciprocity. Agree that the relationship will no longer be a one-way street paved with double standards. Neither partner’s needs, wants and feelings are more important than the others.

3. BOUNDARIES. Mutual respect for boundaries is non-negotiable. It’s also important to clearly define boundaries. For example, “My boundary is you must not talk to me about my behavior that’s hurtful and destructive because it triggers me! I can blast you with everything I feel you do wrong and if you don’t admit fault you’re not communicating!” is NOT a boundary.

4. Emotional maturity. The mutual realization and acceptance that the only person you can change is yourself. Furthermore, if your partner doesn’t see anything wrong with their behavior and attitudes, they’re not going to change. In other words, mature people accept reality rather than obstinately denying it.