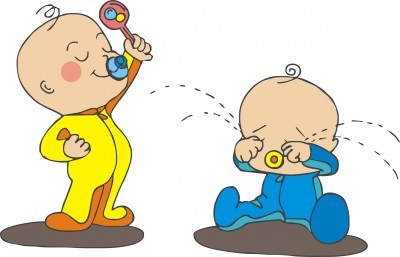 LiliM hypothesizes that individuals with these characterological disorders are all about winning, but that winning is really about taking.

A high-conflict and/or personality disordered individual is often breathtakingly emotionally immature. She seems to get a charge from engaging in never-ending power struggles with her parent-partner-ex. She’ll go round and round and round and round with you often over pointless things. Why does she do this?

What does she want?

What does winning mean?

Yes, it’s about “Winning, duh!” However, to an abusive high-conflict and/or personality disordered individual, “winning” isn’t about working hard to train for a 6k race and coming in first place or winning at a game of chance like roulette or winning at a game of skill like chess. Winning these kinds of victories doesn’t necessarily cause harm to an opponent, which, I believe, is the crucial factor.

If you’re married to, dating or divorcing a woman with these issues, you are her opponent. The goal of her never-ending power plays seems to be about inflicting pain and exerting control. In order for her to win, you must lose. Relationships are zero sum games. She does this by: 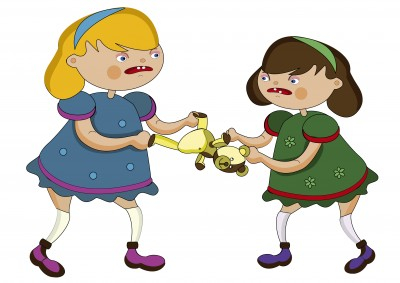 She “wins” by hurting others. It’s not a win unless she can take something from you, even if it holds no real value for her. The value is in taking it, taking it by force and without your consent.

It’s simplistic, but I think that they see both winning and taking as gaining control. They don’t want some control, they want total control. It’s like the bully picking on kids they know they can beat or stealing something they have no interest in. It’s not that they wanted the candy or care whether you have it. They need you to know they can take it away from you.

Real victory, imaginary victory, meaningless victory, Pyrrhic victory — it doesn’t matter. She has to believe she is getting the better end of the stick and the biggest piece of the pie, regardless of whether or not she even likes the pie or has any intention of eating it.

There isn’t enough breast milk in the world or toys or candy or money or attention or love.

This kind of woman will manipulate, lie, steal, cheat and bully in order to take and gain control over both tangible and intangible things. Many seem to be incapable of being happy for the good fortune of others, including something as trivial as a compliment. She will seethe with jealousy, anger and resentment and denigrate or ignore any success you achieve, for example, a promotion.

They are consumed with petty jealousy. Whether it’s someone’s time, affection or gifts, they want it. If people are kind to you, validating or generous, it makes you stronger and harder to control, plus it means you’re getting something they’re not getting it (even if they have their own already).

My surviving sister is a narcissist who is never happy unless she’s taking something from someone. Usually in the form of relationships. Over the years, she has sought to divide my siblings into rival factions (thank God we all figured it out years ago) while being everyone’s best friend. She has caused trouble with in-laws who didn’t deserve it then tried to cultivate “loving” relationships with my nieces and nephews — most of them have figured her out by now and will tolerate her, but are leery. It’s like she can’t stand it if someone has something she doesn’t have, even if it is by nature theirs, like a parent-child relationship. She has tried over the years to alienate my son from me. It’s not working. 😉

I agree, it is about taking, taking = control, and controlling others is the “win.” Not that it makes them happy.

In my experience the most threatening thing to my BPD/NPD is other people liking me. She works hard to derail those relationships and then later revive them without me as part of the loop (if she can). She’ll easily lie about what others say and think about me to try to drive a wedge between me and them.

Taking = Winning. If they, themselves, didn’t have to make the sacrifice for the gain, then it’s a win. Doesn’t matter how trivial. If they can order someone else to get up and refill their drink for them, it’s a WIN. If they can extort money from their ex-husband under the guise of being, “for the kids,” it’s a WIN. It’s the reason they have boundaries and why other people’s boundaries are an insult to the BPD.

Even when they “win,” they’re not happy.

Most people know the expression “sore loser.” An abusive high-conflict and/or personality disordered woman is a sore winner. She’s not gracious when she wins and takes nor does it bring her any real lasting pleasure. She may fleetingly flash The Smirk™ when she thinks she’s bested you, deprived you, hurt you, and/or pulled one over on you, but it doesn’t make her happy.

She doesn’t seem to understand that happiness comes from working at success and then savoring one’s accomplishment rather than taking from others what she’s done nothing to earn nor deserve. Demanding and bullying others until you get your way is not an accomplishment. Any 3-year old can do it.

Why are you being nice? What do you want?

Abusive high-conflict and personality disordered women and men know how to take, but many don’t know how to receive what is given freely and given with love. Because many of these individuals only give something with the expectation of getting something, they can’t fathom being nice just to be nice and project their own transactional nature onto others.

This kind of woman doesn’t give without strings attached, therefore, in her mind, neither do you. She judges others by her own twisted yardstick. Mellaril, another Shrink4Men contributor and Forum mod, makes this very astute observation:

I once asked a friend who is a LCSW, why no matter what I did, it was never quite good enough for my ex-girlfriend. She said it went back to the control issue, even when she got what she asked for. My friend said, “You accommodated her, you didn’t submit to her. When she got her way it was because you chose to do it, not because you had to and she knew it.”

I think it’s a variant of the “You only did it to make me happy. You didn’t want to do it.” A more precise rendering would be. “You did it because you wanted to, I didn’t make you do it.”

That pisses them off.

I once painted my wife a picture. When I gave it to her (after about 40+ hrs work) she looked utterly unimpressed. I asked her if she didn’t like it and explained that I’d painted it for her. She said, “No, you didn’t paint it for me. You painted it and then you gave it to me.”

If there is any doubt about you thinking of them first and foremost then everything you do or say is invalid, wrong or an attack.

For a few years while I was in school and she was working full time if she needed an oil change her only choice would be to go on a Saturday. So instead, I would sometimes take her car in during the week because I had more time and could just sit at the dealership and study.

Well, every time I’d do this she’d frantically try to do something nice for me over the next few days. I always found this weird and told her it wasn’t necessary.

She’d always say, “no no, you did something nice for me so it’s my turn to do something nice for you.” Well in reality it meant, “You can’t have one up on me in the nice department.” They just can’t accept receiving something from their partner and not understanding we don’t require something in return. For them it’s not about give and take. It’s about winning.

Many of these women (and their male counterparts) are very successful at taking, but taking isn’t winning. Ultimately, taking pleasure in hurting others, taking what doesn’t belong to them, bullying others into getting their way, and taking material assets that they’ve done nothing to earn doesn’t make them happy and it doesn’t make them winners.

It makes them miserable, pathetic losers.