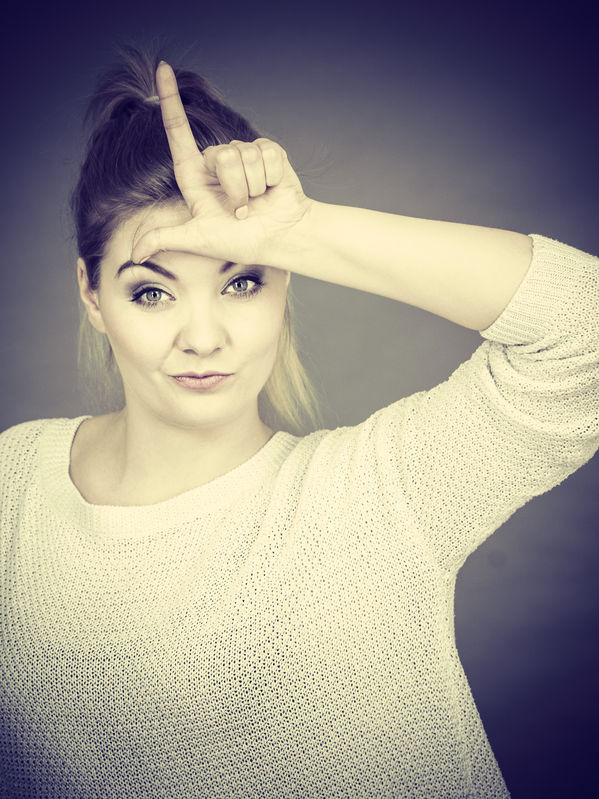 Why doesn’t he just leave her if he thinks she’s so bad? He needs to either man up and leave, or stop complaining. Yes, she seems crazy, but he must’ve done something to make her so mad. If he really loved her, he’d try to be more patient, loving and understanding.

He made a commitment to God. Only cowards don’t honor their commitments. Abused? Spppfffttt! He’s just a [insert vulgar feminine slur]. I’d never put up with that. He needs to just stop being such a baby about alimony and child support. Only deadbeats don’t support their exes and kids.

Why don’t men leave abusive women? Given how common the sentiments expressed in the first two paragraphs are, it’s not as if men, generally speaking, receive much social support to end abusive relationships. At least not like abused women do.

For those of you poised to type, “But what about women victims?! Women can be abused, too!!!” in the comments section, this isn’t a competition. Acknowledging male abuse victims doesn’t take away from female abuse victims. We’re all people. Abuse isn’t a gender issue. It’s a people issue. Can we stop with the “but what about-ism” already?

For those of you poised to type an angry comment citing abused women statistics, etc., just press the pause button, take a breath and consider the following.

Please don’t worry. Acknowledging abused men won’t make people forget that women can be abuse victims, too. There’s an infinite amount of compassion in the world. We can have compassion for all abuse victims, including male victims, and still have some leftover.

1. Men don’t realize the way their being treated is abusive. Many men weren’t taught that women can be the abusers in relationships, too. Some men think their wife’s abusive behavior is how all women behave. Some men believe all women are crazy, just like some women think all men are cheaters. Some men are told that women are just “more emotional” and are supposed to put up with it.

Some men are not only told they’re obligated to tolerate their girlfriend’s or wife’s abuse, they’re blamed for it and encouraged to learn how not to “trigger” it, or worse, practice radical acceptance. There are couples therapists, marriage and family therapists and pastoral counselors who counsel abused men this way and it’s far more common than you’d believe. The behaviors my male clients describe are forms of emotional, physical, financial and/or sexual abuse. If a man did these same behaviors to a woman, most people, including the therapists who minimize these behaviors when perpetrated by a woman, would label them abusive. Abuse is abuse. The sex of the perpetrator is irrelevant.

Now try having the same compassion for loving fathers because the latter occurs approximately 80% of the time.

Not all stepparents bond with their stepchildren, but many do. Stepdads and stepmoms have zero legal rights to continued relationships with their stepchildren if they’re not married to the kids’ mother or father. I’ve worked with a good number of men who stayed with abusive wives and girlfriends because they became a father to their stepchildren and/or didn’t leave because the children would’ve had no protection from the abusive mothers. This is also a reason many biological fathers don’t leave — they’re afraid of what might happen if they’re not there to protect the kids from their abusive mother.

Some courts don’t recognize parental alienation at all. Some courts do, but usually don’t do anything to intervene until after far too much damage has been done. Some parents are able to fight their way through family court in order to get their children and themselves the help they need. Unfortunately, this typically requires vast sums of money that men paying spousal support, child support, rent and a mortgage, utilities, health insurance, car insurance, etc., simply don’t have.

4. Men don’t want to lose their property, savings and retirement. To anyone who scoffs at this notion, imagine losing property you worked to earn the money to purchase, the bulk of your savings and retirement and have to pay a percentage of any future earnings (sometimes for life) to someone who was unemployed or underemployed the majority of the marriage, contributed nothing but debt and abuse and who’s actively working to teach your children to disrespect, hate and fear you. But she sacrificed her career to stay home with the kids? Staying at home playing CandyCrush and Internet shopping (or dating) while the kids are in school doesn’t count as an equitable contribution to the marriage.

5. Men are accused of being dishonorable cowards for not staying and “fighting for the relationship.” “Fighting for the relationship” . . . And what does that entail? It usually means continuing to engage in pointless, circular arguments based on emotional reasoning that have very little to do with resolving conflict and solving problems. What’s the endless conflict about then? It’s how many abusive women and men stave off abandonment fears, loss of control and/or it’s how they amuse themselves.

Essentially, expecting men to “fight for the relationship” means fighting with their abuser. There are many pitfalls that can result from “fighting for the relationship” including sustaining more abuse, blame shifting and, quite possibly, becoming the victim of false allegations of abuse to law enforcement. False allegations of abuse can result in arrest, restraining order abuse, losing security clearances, losing one’s job and losing the ability to see one’s kids.

6. Men don’t leave because their religion tells them its their duty to be the family’s “leader.” Full disclosure, I’m not religious and I’m not knocking anyone who is religious. Who or what consenting adults pray to is none of my business. But have you ever tried “leading” a borderline woman in the midst of a chaotic borderline rage episode because you said a polite “thank you” to a waitress. Or a narcissistic woman in the midst of a gaslighting narcissistic rage episode because you caught her cheating on you? Good luck with that!

7. Men simply can’t financially afford to leave. You have one spouse who works a full-time barely above minimum wage job and another spouse who’s unemployed or underemployed with 2 plus kids and no intention of working again ever. There’s no possible way to support two households at the same level with the same pre-divorce income unless you’re in the top twentieth income percentile. Do the math. It’s just not possible.

Furthermore, there’s no family court accountability or oversight for how child support money is spent. What happens if the kids aren’t fed or go without other necessities because mom spends the child support on cigarettes, shoes, scratch tickets or squirrels it away into her retirement account? The kids go without and dad gets blamed, or dad coughs up more money than he’s court ordered and can likely ill afford. Many dads who can’t pay — not because they don’t want to pay, but because they don’t earn enough — go to jail.

These are the most common reasons abused men don’t leave toxic relationships that I’ve observed in my therapy practice. There are other reasons abused men don’t leave, including the long-term of effects of abuse, which are similar to the ones women experience. Namely, emotional, psychological and physical exhaustion, feeling like you deserve it, self-blame, low self-esteem, the embarrassment of having been in an abusive relationship, the fear that no one will believe you, thinking no one else would find you attractive, want you or love you, believing you won’t be able to survive without your abuser and wishful thinking that after all your effort things will get better.

Some of the above reasons are very real, e.g., not getting custody, financial loss and/or unsustainability. Leaving an abusive relationship, even when you have plenty of resources and social support is incredibly difficult. Nevertheless, there are others in similar or worse circumstances who have been able to do so and come out okay, and frequently even better, on the other side of it. I won’t sugarcoat it. It’s hard, painful work (especially if your issues began in childhood with dysfunctional, toxic parents), but it can be done.

If you’re married with kids, please do your due diligence. Educate yourself about family court, high-conflict divorce, how to vet skilled attorneys, potential children’s therapists, parental alienation, parallel parenting, how to document abuse and parenting logs and, most importantly, how to exit as safely as possible so you don’t end up with a false abuse allegation and a restraining order. Talk to other men and women with similar experiences and find out what worked for them and what didn’t. Get some support whether it’s professional or a trusted friend. If you encounter anyone who minimizes, makes light of or blames you for your abuser’s behavior, disregard their ignorant bias. Keep working at taking care of yourself and don’t let the bastards get you down.