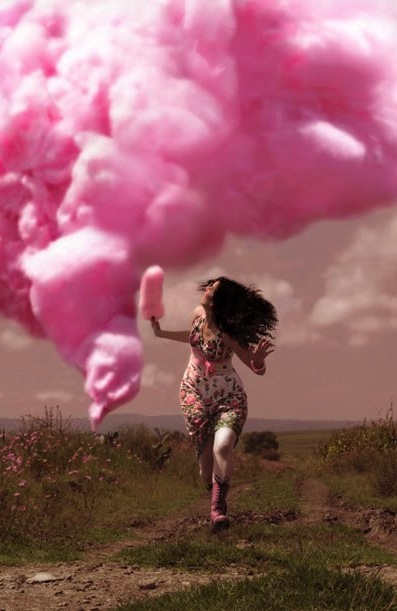 Welcome to the Land of Emotional Reasoning, where feelings trump facts and special snowflakes are beholden to nothing and no one. Directly to the north, you’ll find Never-Never Take Responsibility Land, and just to the south lies the Land Where It’s Always Somebody Else’s Fault.

Wikipedia defines emotional reasoning as “a cognitive error that occurs when a person believes that what [s]he is feeling is true regardless of the evidence.” As a Thinking type, emotional reasoning is frequently the bane of my existence, or rather one of my banes.

Emotional reasoners are prone to confusing their feelings with facts. Feelings are subjective internal states, and not necessarily based on external reality. Typically, feelings arise because of an external event.

For example, a loved one dies and you experience grief and sadness. In this instance, your feelings and external reality are congruent.

Then there are times when we misinterpret an external event and feelings arise that are incongruent with objective reality.

For example, you see a friend across the street and call out to her. She doesn’t acknowledge you and continues walking. As a result, you become angry and hurt because you assume that your friend rudely ignored you. In reality, your friend had her iPod on and didn’t hear you calling to her. This is where reality testing comes in handy, but I’ll get to that later.

Sometimes feelings arise from an internal event. Many emotional reasoners are prone to manufacturing dramas in their heads without much input from the external world. They live in the permanent present of whatever their immediate feeling state is — regardless of whether or not there’s a basis for it in reality.

The basic assumption is, “If I’m feeling this way, there must be a reason for it.” There may be a reason for the feeling, but it might not have anything to do with reality, but with unresolved fears, hurts and, quite possibly, pathologies that pre-date the present situation by decades.

For example: “Why does my boyfriend/girlfriend seem so happy? (S)he must be hiding something from me. (S)he’s cheating! I know (s)he’s cheating! Why else would (s)he be so happy?! I know! I’m going to demand all his/her phone and email passwords and if (s)he doesn’t want to give them to me then that’s proof (s)he’s cheating!!! GIVE ME YOUR PASSWORDS!!!!!!!!!!!”

And then Nancy the Narcissist or Bob the Borderline are barreling down the road to Crazytown. The rage, tantrums and irrational and baseless accusations ensue and you hand the wingnut your cellphone just to keep the peace. However, that only encourages more of the same ridiculous and abusive behavior. Strong, non-negotiable boundaries are essential.

What happens when Nancy the Narcissist or Bob the Borderline doesn’t find evidence of infidelity on your phone? Pffft. Irrelevant. You anticipated the phone confiscation and deleted everything. You have a second phone that they don’t know about. Gosh darn you! Hand over your nonexistent secret phone!!!!!!!

Why is understanding emotional reasoning important in terms of intimate relationships and other partnerships?

If you’re married to, dating or divorcing an abusive personality disordered (e.g., narcissist, histrionic, borderline or psychopath) woman or man, odds are they’re an emotional reasoner and emotional reasoners are also often persuasive blamers and persuasive blamers are at the root of many a high-conflict divorce/high-conflict custody case, false allegations, smear campaigns and a host of other toxic behaviors, tactics and sometimes criminal offenses.

An abusive emotional reasoner will verbally eviscerate you, call you a bad dad or mom in front of your kids, hit you and then tell you that their behavior was all your fault because you did . . . whatever they feel you did and then insist that their behavior wasn’t really hurtful or abusive and anyways you deserved it! They really love you and how could you accuse them of being so mean, selfish, abusive, etc., etc.? Good luck making rational sense of that!

These individuals can weave a web of distortions, half-truths, confabulations (i.e., lies told by liars who believe their own lies), blame, shame and guilt around you until you’re lost in a pink haze of their alternate emotionally-based reality. You may even start to believe the emotional reasoner’s twisted logic even when you know better.

By the way, if you can fall prey to this, so can judges, attorneys, psychologists, court evaluators, friends, colleagues and family members. 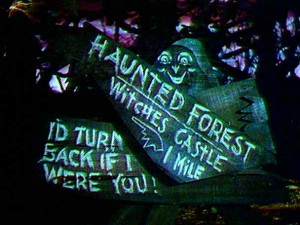 Stop yourself. Stop yourself right there. This is when emotional reasoning becomes a contagious trap.

Reality test. If your mind is too clouded from the pink haze to do this on your own, call a friend. Call a family member. Call a shrink. Call someone whose judgment you trust and reality test the nonsense you’re being force fed.

Don’t remember what really happened because your emotions were too out of control? Make something up.

Embarrassed by something you did or said? Deny it ever happened and blame whomever it is that’s making you feel bad about yourself. Like Jason Alexander’s character George Costanza once emotionally reasoned on Seinfeld, “Jerry, just remember, it’s not a lie if you believe it.”

If it makes you feel better who cares about anyone else’s needs or feelings or pesky little details like the truth?

It’s not just individuals who are prone to emotional reasoning. Our society is becoming increasingly dominated by emotional reasoning. You see evidence of it in the news everyday. For example, in the Land of Emotional Reasoning and gender bias, Susie the Sociopath murders her children in cold blood during a bitter custody battle. Susie then claims her husband abused her and she was afraid he would molest their children. All of a sudden, Susie is magically transformed from heartless, murdering psycho mom to poor, abused, downtrodden, confused woman who killed her own children to protect them.

If you don’t see the emotional reasoning in this explanation allow me to spell it out for you. A PARENT DOESN’T MURDER THEIR CHILDREN TO PROTECT THEM. Protecting children means ensuring they continue to have a pulse.

Oftentimes, Susie doesn’t even have to claim her husband abused her. Society does it for her because if a woman commits a violent crime, there must be a good reason for it and, of course, that reason must be some man.

It’s much easier to believe Susie is a poor, stigmatized, misunderstood woman than face the fact that there are monsters who walk among us and about half of them, statistically speaking, are women. This is why many individuals fall fall prey to emotional reasoning and make excuses for this kind of horror show, even when the facts and logic tell a different story. Frequently, the facts just don’t feel good.

For your own well-being and safety and the well-being and safety of your children, it is imperative that you don’t get lost in the emotional reasoning of your unstable and abusive partner or ex (or your partner’s ex). Use emotional-social intelligence to understand the motivations of your partner or ex, but base your decisions and actions on objective facts and sound critical reasoning. Reality testing is your life preserver, which is one of the reasons abusive types try to isolate you. They want to control your reality.

Please take my advice and don’t let them.