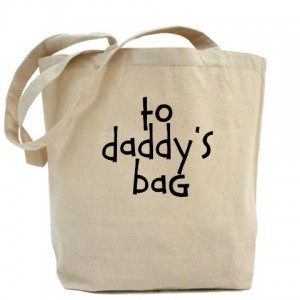 Many Shrink4Men coaching clients find it impossible to co-parent with their high-conflict, abusive, crazy, golden uterus and/or abusive personality disordered ex-wives and ex-girlfriends. In most cases, these men weren’t allowed to effectively co-parent while their relationships were still intact with their exes.

Their role as father was consistently undermined, devalued and challenged from the start. Therefore, it shouldn’t come as a big surprise that their former partners are unable to co-parent after breaking up or divorcing.

After men take themselves out of the direct line of fire, Crazy often uses the children to continue to control and abuse them by proxy. Oftentimes, this devolves into full scale parental alienation.

Many high-conflict/abusive personality disordered women badmouth their children’s father, alienate the children’s affection, deny access to the children and generally undermine dad. “You don’t have to listen to your father. Your father would leave us homeless and starving on the street if it wasn’t for me. Your dad doesn’t love us anymore.” You know, real mother of the year stuff.

Too many men stay in unhealthy, abusive relationships because they’re afraid divorce will harm the children or that their children will become targets of abuse if they’re not home to act as a buffer.

Research shows that this isn’t necessarily the case. While divorce may put children at more risk of developing relationship, academic and substance abuse problems, attributing the increased risk to divorce is misleading.

These wounds and prolonged frustration can include feelings of disillusionment, fear, insecurity, vulnerability, and other such emotions. Children develop loyalty conflicts and become afraid to love both of their parents or to express their love for one parent in front of the other parent. Many of these children become aligned with only one parent, in part to reduce their anxiety and insecurity.

A high-conflict parent is often willfully oblivious to the fact that she or he is engaging in both obvious and subtle behaviors that cause their children to take sides and, as a result, feel depressed, anxious, angry, insecure, afraid, angry and torn in two. While it’s common for parents to blame each other if children exhibit these symptoms, it only serves to increase  the conflict and make a bad situation worse. Therefore, reducing parental conflict is perhaps the most important thing you can do to help your children adjust after divorce (Kelly & Johnston, 2001).

Factors that contribute to post-divorce parental conflict include (Stahl, 1999):

Since it’s highly unlike your ex will change her abusive, high-conflict ways and since most courts won’t hold high-conflict mommies accountable for violating court orders and custody agreements, the onus of changing the high-conflict dynamic is on you, the father.

A good way to do this is implementing a parallel parenting plan.

Parallel parenting is a way for parents who can’t cooperatively co-parent to raise their children with as little interaction as possible between one another. It is a form of joint child custody in which authority transfers from parent to parent as the children are exchanged. Each parent is in charge of the decisions regarding the children when the children are in their care (Arizona Supreme Court, 2009).

Parallel parenting allows you to have significant autonomy from your ex while the children are in your care. Such day-to-day autonomy frees you from having to consult with and receive approval from your ex regarding major decisions outlined in the parenting plan.

Parallel parenting gives you and your ex the opportunity to be involved in your children’s lives and ensures that you both play an active and fruitful role in the lives of your children while removing sources of conflict through a structured and comprehensive parenting plan (source).

Disengagement from your high-conflict ex is the key to conflict reduction and successful parallel parenting. It’s a form of low contact rather than no contact. Disengagement creates a demilitarized zone around your children in which you have little or no contact with your ex (Stahl, 2000). A good way to do this is by using a third party communication system like OurFamilyWizard.

Disengagement will help you avoid contact with your ex so that conflict cannot develop. Communications between you should be reduced or eliminated where ever possible and the majority of decisions to be made regarding their children will be clear and agreed upon upfront in your custody agreement or court order. A parallel parenting plan allows you to parent in “parallel” of your ex and vice versa.

As you know from being with your high-conflict ex, this type of person doesn’t take kindly to boundaries nor does she believe rules or court orders apply to her. This is very important to keep in mind when drafting your parallel parenting plan. Your agreement needs to be highly specific, unambiguous and as loophole free as possible. To the point of tedium, make the agreement as specific as possible. I cannot stress this enough. The goal is to make it impossible or damn near impossible for the high-conflict ex to find ways to slither and slip around the custody agreement.

If you can’t effectively communicate with your high-conflict ex, it’s in the best interests of your children that you and your ex disengage from each another and limit communication as much as possible. For the sake of the children, it is best to keep tensions between you low (Olsen, 2010). Parallel parenting is the best way to achieve this.

If you’re about to embark upon the divorce process or are in the middle of a high-conflict divorce and custody case, you may want to consider making an argument for a custody agreement or order that specifically institutes parallel parenting.

If you’ve reached a custody agreement already, but are still encountering difficulties, you may want to consider petitioning the court to modify your current custody agreement to a parallel parenting agreement. It won’t change your ex’s personality, but it will hopefully reduce the degree of conflict to which you and your children are exposed. If you need help drafting a parallel parenting agreement, please contact via the Shrink4Men Coaching and Consulting Services page (see below).