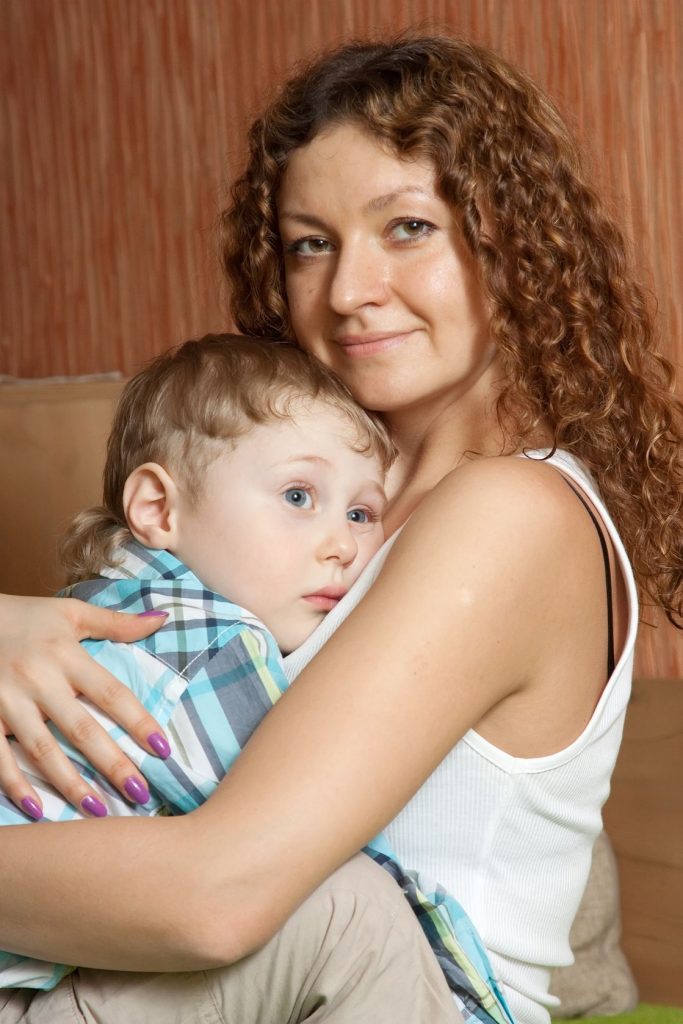 If you’ve been in a relationship with a narcissist, borderline or psychopath there have probably been times when it seemed like they were projecting a parental role onto you. At a very basic level, yes, narcissists and borderlines do this. However, there’s much more to it beyond the superficial observations of their childish behaviors and attitudes.

Narcissists, borderlines, histrionics and psychopaths are chronically emotionally immature. You’re dealing with someone who is somewhere between a troubled toddler or a troubled teenager in terms of emotional and psychological maturity. In some cases, the damage is pre-verbal and likely goes back to attachment disturbances in infancy. Clients who share actual children (under the age of 18) with narcissistic, borderline or sociopathic wives and husbands have watched their kids mature and and surpass their adult partners or exes in terms of emotional and moral development. If you’re doing a good enough job as a parent you will see this happen and it’s remarkable. That is, if your narcissistic or borderline ex hasn’t alienated your child from you.

If you began the relationship wanting an equal partner (i.e., a functional adult rather than someone who play acts being a grown-up when love bombing or practicing image management), you’ll likely eventually resent the parental role in which your disordered spouse thrusts you. Or maybe you’re the type who likes the who parent child dynamic in which case keep riding the Dysfunction Junction merry-go-round. In many cases, the targets of narcissists and other disordered abusers volunteer for this thankless position hoping things will magically change someday. This is especially true of people who have codependency issues.

Many codependents are aware of the disordered person’s issues going into the relationship. However, they believe they can help, rescue, save or love the narcissist, borderline or psychopath into becoming an emotionally mature adult who is capable of reciprocating love, kindness, generosity and respect.

This doesn’t happen. Ever. You’ll have just as much success trying to change a rattlesnake into a golden retriever.

Recently, a man emailed to inquire about couples counseling with his wife whom he believes is likely NPD. He explained he’s looking for a therapist “to convince his wife to be a good person.” I explained that neither counseling nor life work that way. He didn’t want to hear it. If a 40-something year old woman or man doesn’t understand that it’s not okay to be an asshole and doesn’t care how their behavior impacts those closest to them, there’s nothing I nor anyone else can do about it. I’m a psychologist, not a magician.

The harsh reality is that you have some choices to make. Tough, painful choices for codependent and trauma bonded individuals. Namely self-respect or abuse. End the relationship or accept the disordered person for who they are. What some personality disorder apologists refer to as practicing “radical acceptance.” 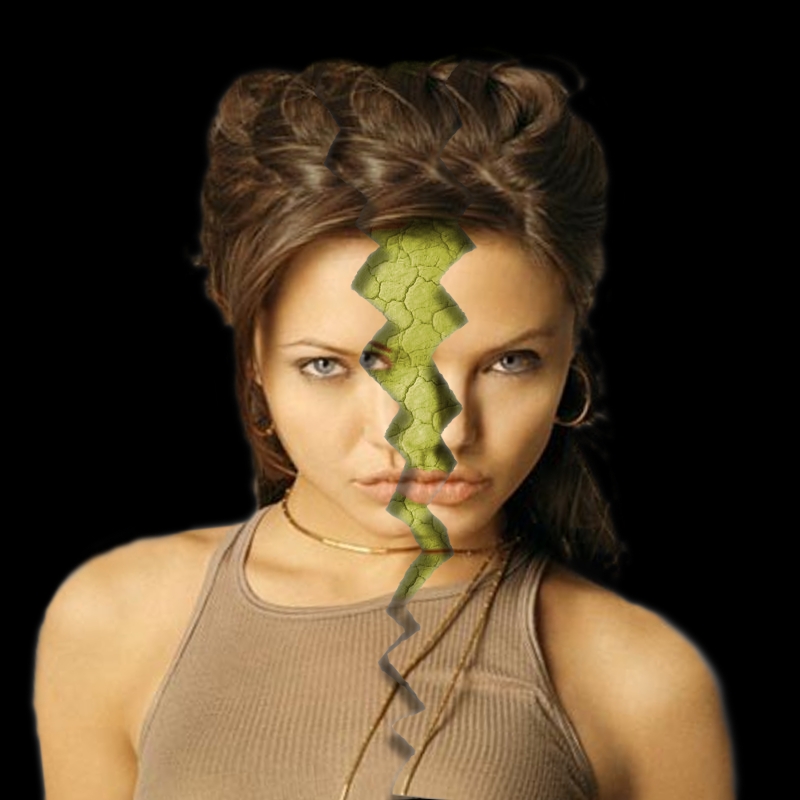 Is everyone who becomes involved with a narcissist, psychopath or borderline codependent?

Not all men and women who marry or date narcissists, borderlines, histrionics, sociopaths and psychopaths are codependent. Sometimes these emotional predators and bullies can fool people with good boundaries who are overall emotionally healthy. People who aren’t codependent, which begins in childhood, can become trauma bonded.It’s a different spin on a political trope. Not all trauma bonded people are codependent. But if you’re codependent you probably have trauma bond relationships.

Some characterologically disordered individuals are high-functioning. That doesn’t mean they’re not every bit as toxic as their low-functioning counterparts (i.e., the obvious human train wrecks). It means they’re better able to wear the mask of normalcy (i.e., being decent human beings) for longer periods of time when it suits them. For example, when they’re seeking social approval or are in the early love bombing or idealization stage of a relationship. Think Jekyll and Hyde.

Non-codependent people may get involved with the personality disordered, but they’re much quicker to end the relationship and less likely to agonize about ending it once the narcissist removes her or his human suit and reveals the alien lizard creature that lurks within. Here’s the difference:

Healthy Hal: I stopped seeing that woman I met on Tinder. She interrogated me about my female friends on Facebook and wanted to know why I hadn’t changed my relationship status yet on our second date. Psycho.

Codependent Connie: He says he doesn’t want a committed relationship, but I think he’s just afraid of intimacy because he’s been burned so many times. I try not to take it personally when he says he’ll call and doesn’t or shows up at my place at 2am after a night of drinking. He just doesn’t know what it’s like to be with a woman who really loves him. He’ll change.

So what’s going on in the Codependent – Personality Disordered pairing?

The children of narcissists, borderlines and psychopaths who grow up to be codependent are usually parentified as kids. Parentification is a role reversal between parent and child in which the child becomes the emotional caretaker of the parent, or acts as the caretaker of other siblings instead of the parent. Parentified children can be used as a surrogate spouse (including co-sleeping with the parent as late as adolescence — ick, ick, ick!). Parentified kids become their parents’ confidante, therapist, mediator or peace keeper between the parents.

A parentified child may be the projected ego ideal for the parent (e.g., mothers who enter young girls in beauty pageants, parents who are obsessed with their kids being star athletes, cheerleaders, models, actors, etc.) in which they vicariously hope to achieve through the child what they weren’t capable of achieving for themselves regardless of whether or not the child has the aptitude or interest in these pursuits. If the parentified child doesn’t perform the way the parent wants, the parent withholds love, approval and acceptance. The child is rewarded or avoids punishment by participating in their parentification and, in some cases, emotional and physical incest.

In case it still isn’t clear: The parentified child receives “love” for participating in their own abuse. They receive “love” for taking on adult responsibilities and not showing anger, resentment or hurt while being abused and after being abused. Although, some especially abusive parents enjoy seeing their children’s hurt and terror, but the child better not show anger or hurt afterwards, or in anyway hold their sick parent accountable.

If you were a parentified child who became a codependent adult, you probably learned very early in life that your emotional needs and overall well-being were secondary (at best) to your parent(s). In extreme cases, I’ve asked clients, “So what makes you happy?” They don’t know beyond finding ways to make their abusive narcissist, borderline or psychopath partner happy and avoiding disappointing or making them angry. All impossible tasks, by the way.

Codependents often confuse abuse and exploitation with love. If you grew up making excuses for your parent(s) it’s not surprising that you do the same for abusive adult spouses, boyfriends and girlfriends. Codependents are the people pleasing, rescuing, nice guy/nice gal, professional caregiver types who are the first to offer help, but rarely if ever ask for help or support for yourselves. In other words, you’re perfect targets for narcissists, borderlines, psychopaths and other abusive predators.

What are narcissists, borderlines, histrionics and psychopaths seeking in a relationship?

Narcissists, borderlines, histrionics and psychopaths aren’t looking for a parent in the true sense of the word. They don’t want a loving, nurturing adult who implements rules, structures, boundaries and consequences. They’re looking for a parentified child. A servant, an enabler, an emotional wet nurse, housekeeper, cook, breadwinner, emotional (or physical) punching bag, day laborer, scapegoat and personal assistant who has neither power nor a voice in the relationship.

These perpetual toddlers, teens and tweens want the “perfect” mommy or daddy who will love them unconditionally, even when they’re cruel, selfish, self-absorbed, irrational, dishonest, unfaithful, financially irresponsible, abusive, violent or tries to have you arrested for telling them no or wanting a divorce (i.e., what the personality disordered call domestic violence).Borderlines, narcissists and psychopaths experience boundaries, accountability and consequences as control and abuse.

These individuals also want mommy or daddy to let them call the shots. In other words, they want mommy or daddy to let them, the child, be in charge of everything. Finances, reality, the actual children. Alternately, if they don’t want to control the money or the kids, they don’t want any responsibility in terms of living within the family budget, educating or childhood development. You’re supposed to take care of everything, so they don’t have to do anything. Just the fun stuff. I’ve seen both extremes. The real sick stuff is when they experience sibling rivalry with their children.

If you’re a codependent, you’re most likely attracted to narcissistic, borderline and sociopathic adult partners because of their similarities to your parent(s). In the love bombing or idealization stage, you get what seems like the unconditional love, adoration and acceptance you didn’t get as children or only under specific conditions. For example, you sacrificed your well-being, identity, individuality, childhood, and wants and needs for mommy or daddy’s ego demands and pathology.

This is likely also why you fall so hard for the love bombing. Many of my clients state, “She or he seemed too good to be true. It felt like too much too soon.” But they wanted to believe so very badly and ignored their gut instincts and common sense. You may be quite clear that you don’t want an adult relationship with someone who’s like you borderline dad or narcissistic mom. Your toxic parents didn’t love bomb you, so why does it happen in the adult relationship iterations?

Narcissistic or borderline parents don’t have to love bomb their kids. Mothers and fathers have absolute power and control over their children from the day they’re born. They don’t have to seduce children because children are wired to trust their parents and see them as god-like. Exceptions to this are when a narcissistic or borderline parent love bombs a kid to triangulate them with the other parent or is running an alienation campaign for custody reasons.

Once you’re hooked and the narcissist’s mask falls away, you are, once again, face to face with your respective childhood monster. Parentified children may caretake their parents, but parentified children are not in control. Parentified children have no power. They have the illusion of power. For example, “If I can make mommy/daddy happy, do everything right and never disappoint make her/him angry, she/he will love me.”

This isn’t power. It’s magical thinking and a comforting lie parentified children and other abused children tell themselves. And, if you’re codependent, it’s the same lie you likely tell yourself about your narcissistic or borderline partner.

Narcissistic wives or husbands expect their partners to sacrifice their own well-being and dance attendance on them. They behave like children and demand to be indulged like spoiled children. Codependents comply hoping to go back to the idealization stage or to avoid their anger, emotional withdrawal or silent treatment. You may clean up the narcissist’s messes, subsidize the psychopath’s schemes and soothe the borderline’s non-stop dysregulating emotions, but you’re not in control and you have no power.

The narcissist, borderline and psychopath will never grow up, but you can. And you do it by taking back your personal power. Pssst! Hint, hint: Boundaries, self-care and grief work.

If your parent(s) have characterological pathology, that’s where the grief work begins. If you don’t heal those original wounds and do the grief work of childhood, you’ll likely continue to repeat the self-destructive pattern of relationships with disordered partners. If you can give yourself what your mom and dad didn’t, you’ll no longer seek it from narcissistic, borderline and psychopathic mates who are no more capable of giving that to you than your dysfunctional parents were.