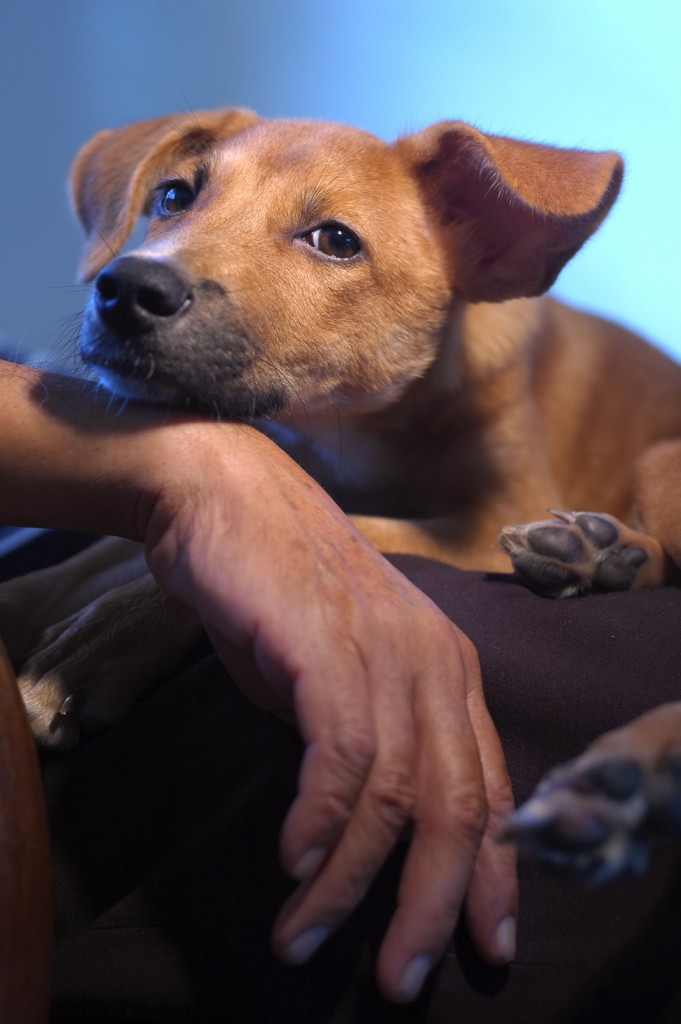 If you are or have been in a relationship with a borderline (BPD), a narcissist (NPD) or a psychopath, at some point you’ve undoubtedly been told (perhaps ad nauseum), “You need to love me unconditionally. I expect unconditional love from you.” If you’re like many of the men and women I work with, you probably grit your teeth and roll your eyes upon hearing the term “unconditional love,” but why? What’s wrong with love much less unconditional love? That sounds like a reasonable request from a spouse, boyfriend, girlfriend, family member or friend, right?

First, we need to address how we define unconditional love and whether or not the unconditional love is reciprocal. If you’ve been in an abusive relationship with a woman or man who has narcissistic, borderline, histrionic or sociopathic traits, you know firsthand the breathtaking degree of entitlement, hypocrisy and double standards by which these individuals operate on a day-to-day basis.

What does unconditional love usually mean in relationship to a Narcissist, Borderline or other abusive personality type?

It means that you won’t hold the Narcissist, Borderline, Histrionic or Sociopath accountable for their bad behavior nor enforce appropriate boundaries and natural consequences for their bad behavior. Basically, they’ve confused unconditional love with you happily and obliviously tolerating their abuse of you and others, including children.

In fact, the mental health field has  developed a term for tolerating the abuse of a personality disordered individual — radical acceptance. I have worked with many couples counseling refugees who have been sold this bill of goods. Specifically, spouses (typically husbands and boyfriends) are told by the couples therapist that: 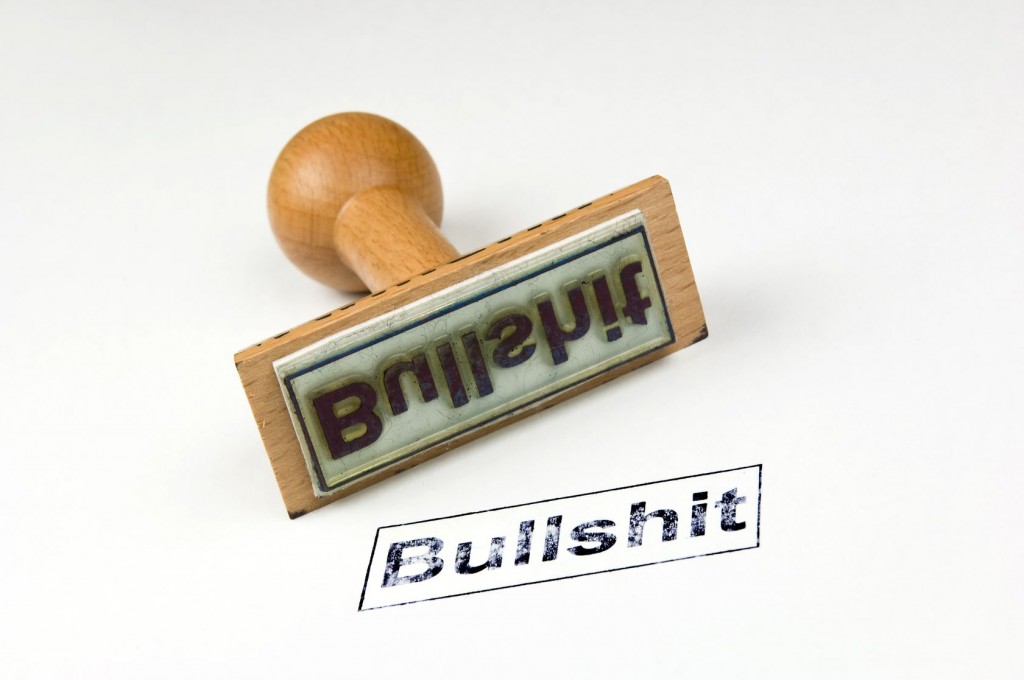 If you’re having this experience in couples counseling, I encourage you to consider finding another therapist. I cannot stress this strongly enough, therapists who advocate this form of radical acceptance are advocating abuse. Period.

This can happen to women who are the targets of a disordered male abuser, particularly if boyfriend or husband has been diagnosed with BPD (there are some therapists who are BPD apologists and enablers regardless of gender). In my experience, most therapists don’t encourage radical acceptance to women who are being abused by male partners. Although, I’ve worked with clients in lesbian relationships who have been encouraged to do so. Generally speaking, the mental health field has a difficult time admitting that women can be abusers, even when their victims are other women and children. Many wives and girlfriends of men with abusive exes and adult children of narcissistic and borderline mothers understand this all too well.

If you’re a man who thinks you might be working with this kind of couples therapist, or individual therapist for that matter, just ask him or her what they’d advise your wife or girlfriend if you were treating her like she treats you. You’ll most likely get a lot of double-talking, sidestepping and defensiveness. Why? Because they won’t admit they’d most likely to tell her to run for the nearest exit and get the heck away from you.

If for whatever reason you’re committed to staying with your abuser (e.g., there are minor children or you’re confusing abuse with love due to your own childhood issues) then, yes, you do need to accept that your abuser is unlikely to change in any meaningful way, that she or he is severely limited as a human being and, at some point after she or he has completely depleted your resources, you may be further vilified and discarded for fresh supply. You don’t get points for being a compliant martyr at the end of the relationship. You get blamed for being broken — never mind the fact that it’s the abuser who broke you with your consent (that is if you see your abuser for who she or he is).

In which case, please consider finding an individual therapist for your own individual support, to understand why you have chosen this kind of relationship and what keeps you in it. Furthermore, if the therapist who’s advocating radical acceptance isn’t holding your abuser accountable and addressing those behaviors, she or he is enabling the problem. Having a personality disorder isn’t a license to abuse without consequence despite what many diagnosed personality disordered individuals, therapists and BPD experts will tell you.

As you can see, the concepts of unconditional love and radical acceptance are frequently (ab)used in couples therapy to persuade targets of narcissistic, borderline and sociopathic abuse, particularly if the abuser is a female who has “emotional problems,” that you’re an unloving and abusive partner if you don’t unconditionally accept your partner’s abuse. If that last sentence makes your head spin, good. It should because it’s ridiculous. It also probably echoes what your narcissist or borderline has been drilling into your head, which is equally ridiculous.

For example, an aggressive dog who bites humans and other animals when there is no threat to the dog probably isn’t a good pet. When a child misbehaves or does something dangerous, do you smile at the child and tell her or him how much you love him, or do you explain why the behavior is wrong/unsafe and deliver a consequence? Yes, you still love the child, but you don’t “radically accept” or tolerate the bad behavior. Hopefully, if your parenting is consistent and loving and you’re dealing with a child who doesn’t have severe psychological issues, the child will grow and mature into a functioning, reasonable adult.

There are many problems in applying unconditional love to disordered abusive adult partners.

Disordered abusers typically split, meaning they view the world and people in black and white. They love you or they hate you. It’s extremely difficult if not impossible for them to both love you and feel angry with or hurt or disappointed by you at the same time (i.e., hate the sin, love the sinner). It seems to work like this, “If I feel good and you’re giving me everything I want and making me feel good about me, you are good and I love you. If I’m feeling bad (might not even have anything to do with you), or don’t give me what I want or make me feel bad about me (even by pointing out when I’ve done something hurtful to you), then you are bad.” In many ways, this is the way a toddler views the world and relationships. This is often an insurmountable problem in a relationship with an adult who reasons and feels this way.

Abusers often live on a one-way street paved with double standards. In other words they can be great big hypocrites who live by one set of rules for themselves and another set of rules for everyone else. It’s the It’s Different When I Do It defense. Does your narcissistic or borderline abuser typically offer you unconditional love and acceptance when you screw up (in external objective reality or in their internal subjective reality)? Or are you met with extreme attacks, criticism, shaming, guilt trips or physical violence?

There can be no healthy conflict resolution without personal accountability, remorse and redress. Because the narcissist, borderline and sociopath often experiences healthy and appropriate boundaries as “being controlled” and personal accountability and natural consequences for their behaviors as “abuse,” well, the problem should be quite evident. There’s rarely conflict resolution with these individuals, only capitulation, appeasement and pretending as if there’s not a giant elephant in the middle of the parlor. Instead of successfully addressing and resolving grievances and hurts, they multiply and eventually breed resentment and contempt.

Furthermore, if your abuser won’t admit fault and doesn’t feel remorse, she or he will continue to engage in the hurtful behaviors. Unlike a child, you can’t put an adult who acts out and lashes out into time out. If you take away her car or credit card, she can accuse you of domestic violence. Also, unlike children, your abuser is unlikely to grow out of this way of thinking and being. One of the Shrink4Men Forum moderators recently shared a quote from Ian Fleming’s Goldfinger that’s a helpful gauge in considering unconditional love, limits to love, forgiveness and boundaries:

“Once is happenstance; twice is coincidence; the third time it’s enemy action.” There are other variations of this attributed to earlier sources that are more relational in case enemy action seems too extreme. “Once is an accident, twice is a coincidence, three times is a habit;” or “Once is nothing, twice is coincidence, three times is a moral certainty.” Please consider committing whichever version is more palatable to you to memory and see if living by it yields better relationships and relationship partners.

There are limits to adult love relationships and abusers don’t respect the limits of others. Physical violence is a limit or, rather, it should be. Most women understand that if a man hits them or physically assaults them in some way it is time to pull the ripcord. I wish more men understood this and never cease to be amazed by the number of men who disclose serious physical assaults by their wives or girlfriends as if it’s no big thing. It’s a very big thing. Gents, if a woman engages in physical violence toward you, in addition to being wrong and abusive, it’s only a matter of time before there’s police involvement. Guess who’s more likely to be arrested even if you’re the one bruised and bleeding? Chronic dishonesty and cruelty should also be limits.

Most children behave badly because they don’t know better or they’re attention seeking. Abusive adults know better, but simply don’t care or don’t care enough to stop especially if behaving badly gets them what they want in the short-term. Even if they claim not to know better, it’s dubious. Narcissists and Borderlines are all too quick to point the finger when they believe they’re being treated unfairly or being victimized. Remember, they usually live on a one-way street paved with double standards. Also, if the NPD or BPD doesn’t treat their friends, colleagues, fellow church members and such the way they treat you, they know better.

The only thing that tolerating or accepting abuse will get you is more abuse. You can call that unconditional love, but it sure sounds more like codependence and extremely unhealthy codependence at that.