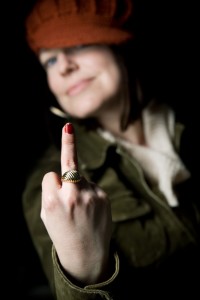 Oftentimes, when a man finds himself the target of false allegations, he initially becomes paralyzed by shock and disbelief that a woman he once loved or still loves could perpetrate such a horrible lie upon him. The nightmare of false allegations is always compounded whenever children are involved.

What precipitates these kinds of false allegations?

Domestic violence literature holds that ending an abusive relationship is often the most dangerous time for the target of abuse. The classic stereotype is that of the alcoholic Neanderthal who beats his wife to death as she attempts to walk out the door after years of abuse.

For men, ending a relationship with an abusive woman is also often the most dangerous time.

Just like his female counterpart, when a man makes the agonizing decision to divorce an abusive wife, it may end in violence. Stories abound in the news of women killing their ex-husbands and their own children during divorce and custody battles. But women have another weapon at their disposal, which is just as lethal as any firearm or poison.

That weapon is the false allegation.

Many men, despite having been subjected to years of abuse, come a cropper when their ex makes a false allegation. How could someone you once loved and who supposedly loved you tell such horrible lies?

Over the last 25 years, as the domestic violence and divorce industries have grown, a perverse system has developed in response to female initiated allegations of abuse in which the accuser is rewarded.

How are women rewarded for making false allegations?

They get attention. The person they hate is punished. They receive social approval. We all hate abusers and pedophiles, right? Look at that courageous woman who’s fighting to protect her child! Female false accusers may also receive free legal representation, welfare payments, free counseling and other support services and support from family, friends and neighbors — in other words, even more attention (Wakefield & Underwager, 1990).

Furthermore, there are very little, if any consequences for women who make false allegations in family court (Green & Schetky, 1988). Ultimately, the false accuser has far more to gain than she has to lose. However, I’m hopeful that we’ll soon be seeing more stories like that of Daryl Guinyard, the man who sued his ex-wife in civil court for making false sexual abuse allegations and was awarded $852,000 in punitive damages.

What happens to men when they’re falsely accused?

Many men experience a very rude awakening when they enter the justice system via false allegations. Perhaps the truth will prevail, but typically not without a considerable amount of collateral damage to themselves and their children.

When a man is accused of abusing a woman or child, any concept of due process and “innocent until proven guilty” flies out the window. Men are assumed guilty until proven innocent when a woman cries abuse or rape.

False allegations can turn a difficult divorce into full out nuclear war.

When a woman calls 911 and alleges violence, a man is often required to vacate the family home. If his wife follows up with an emergency protective order, he must then submit to prolonged alienation from his children. He becomes caught in both the criminal justice system and social service bureaucracies, which may result in jail time and/or court-ordered therapy while the real criminal, his lying wife, wins possession of both the children and the marital home.

Men who are falsely accused by their exes also face the threat of presumably well-intentioned, but zealous and biased mental health professionals and court evaluators who are quick to believe the accusations of the often highly emotional, female false accusers based on little to no evidence.

The falsely accused isn’t the only casualty of a court appointee’s or mental health evaluator’s rush to judgment. Both the accused and his children are hurt.

When the false allegations involve sexual abuse, children are subjected to a long process of interrogation, therapies and medical examinations, which can be invasive, confusing and traumatic. The falsely accused often suffers emotional and physical trauma, public humiliation, family breakdown and financial ruin. Furthermore, the relationship with his children may be irreparably damaged.

Fighting to prove his innocence can take years and become a financial expense many men simply can’t afford.

Just as false accusers rarely receive consequences for perverting and obstructing justice, court evaluators and mental health professionals who wrongly determine that abuse has occurred through their own incompetence and biases are rarely held accountable. The people who suffer the most negative consequences are the falsely accused and the children. This isn’t justice; it’s a mockery of justice.

What do we know about women who make false allegations?

Wakefield and Underwager (1990) determined that false accusers are much more likely to have a personality disorder such as histrionic, borderline, passive-aggressive, or paranoid. False accusers appear to be highly defensive and rigid, to have poor insight and a tendency to deny personal shortcomings. They tend to be extremely concerned about and sensitive to how others perceive them. False accusers tend to confuse feelings with facts. A woman may “feel” abused or may “feel” the children are being abused, when, objectively speaking, no abuse has actually occurred (Zepezauer, 1994).

Wakefield and Underwager (1990) found that:

[False accusers] are likely to misperceive the behavior of others and to react to stressful situations in maladaptive ways. Depending upon the specific personality disorder, they are characterized by instability of mood, impulsivity, inappropriate emotional overreactions, a need for approval and attention, and difficulties handling anger and conflict.

What do we know about men who become the targets of false allegations of abuse?

They tend to be your average nice guy who has a more nurturing and passive personality. These men are unlikely to be socially aggressive or competitive and tend to lack insight into their personal relationships, which may explain why so many of these men are thrown for a loop when their ex throws them under the bus — even when she’s made threats throughout their marriage to call 911 and have him arrested (Wakefield & Underwager, 1990).

Additionally, these men, because of their sensitive and caring natures, may be more vulnerable to relationships with needy and manipulative women. Once in a relationship with a high-conflict (HCP) and/or abusive personality disordered woman (APDI), they may behave somewhat passively as they continue to naively hope that everything will magically work out in the end.

What are the identifiable characteristics of false allegation cases?

Ross and Blush also determined there are primarily three types of false accusers: the histrionic, the justified vindicator and the borderline.

The histrionic personality appears anxious and presents herself as the victim of her ex. She describes herself as physically and/or psychologically abused by her ex and worries that the children are also in danger of being victimized from him. She projects or superimposes her feelings, fears and distortions onto the children. She seems to have “unusual and inappropriate” sexual concerns about the children and may regularly examine the children’s genitals and take them for frequent medical examinations.

The justified vindicator initially presents as assertive and organized with a justifiable argument supported by “facts, figures and opinions supporting her evidence.” She comes across as outraged and worried about her ex’s behavior. However, as most high-conflict types do, she becomes resistant, hostile and passive-aggressive or overtly aggressive upon cross-examination of her claims. She’s likely to try to discredit any evaluator or law enforcement official that questions her assertions and may threaten to sue or file an ethics complaint.

The borderline personality has intense and chaotic interpersonal relationships and is prone to intense valuation and devaluation. They will attempt to punish others who they believe have abandoned or hurt them. False allegations are a highly effective way of doing this.

In my practice, I coach many men through the divorce process. Prior to pulling the pin and telling their abusive wives that the marriage is over, I help my clients create a safe exit strategy. I use the phrase “pulling the pin” deliberately, because divorcing an abusive, high-conflict and possibly personality disordered woman is often very much like handling a live grenade.

I warn every single male client who is about to divorce or break-up with an abusive partner that he may be at risk for becoming the target of false allegations.

Many men can’t comprehend how or why their partner or ex could fabricate such a lie. Even when their wives have threatened to call 911 during the relationship to intimidate and control them, they still have a difficult time believing that it could happen to them. Men whose wives or girlfriends have threatened to call the cops during their relationship to intimidate or control them are especially at risk should they decide to separate.

Counseling is not a consequence.