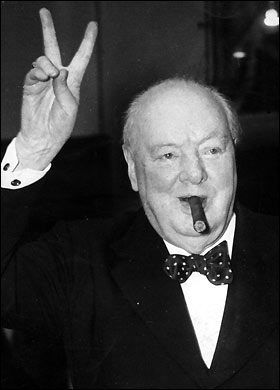 False allegations and baseless restraining orders are known to be common tactics used by high-conflict women and men (primarily women) and negative advocate attorneys to gain an advantage in divorce and custody cases.

It happens. We know it happens. And we know that most false accusers are rarely prosecuted for this criminal offense.

In March 2011, a BlogTalkRadio program aired called, Cry Rape! The Plague of False Allegations with guest E. Steven Berkimer (False Rape Society). I called in (68:20 on the counter) to ask why men aren’t suing women who make false allegations against them in civil court if family court and the police won’t hold these women accountable and prosecute them.

Last month, a judge awarded Daryl Ginyard of Severn, Maryland $852,000 in damages for the false light cast upon him and other punitive damages he incurred after his wife, Amani Ginyard, falsely accused him of sexually abusing their daughters.

Almost forgot to mention that this decision came more than a year after another county circuit judge awarded Mr Ginyard full custody of his children.

$852,000 seems paltry in comparison to the often irreparable damage caused by this kind of lie, but it’s a victory and it’s a good start.

The Ginyards divorced in 2005. Two months into their equal time custody agreement, Christmas arrived and trouble ensued. Mr Ginyard was supposed to have the girls for the holiday, but his ex-wife decided she wanted the children for the day.

Rather than stick to the custody arrangement she presumably agreed to during their divorce, Ms Ginyard called the police and reported that the children were “in trouble” and that Mr Ginyard was trying to leave town with with them unlawfully.

The following February, on Valentine’s Day, Ginyard had custody over his eldest daughter while his ex-wife had their youngest girl. After that visit, it was alleged that Ginyard sexually abused his eldest daughter during the visit. The allegations were investigated and ruled unfounded.

Over the next two years Ginyard was accused of sexually assaulting both daughters seven more times. All of the accusations were ruled unfounded. He testified last week that as the allegations accumulated, questioning by detectives went from hour-long talks to two- to three-hour interrogations.

Mr Ginyard also lost his job as a result of Ms Ginyard’s false allegations. In 2006, Mr Ginyard’s employer was notified of a court subpoena for a child sexual assault and the bank he worked for let him go. He wasn’t able to find work at another bank until this past January 2011.

That’s almost 5 years out of work because of Ms Ginyard’s lies.

Ms Guinyard made a total of 8 false allegations. The girls told every child therapist, evaluator and court-appointed official they saw that no abuse took place.

Over 5 years from the time his nightmare began, Mr Ginyard was reunited with his girls. HometownAnnapolis reports:

In February 2010, after a two-day trial, Circuit Court Judge Paul F. Harris Jr. ruled that the allegations were false and that Ginyard did nothing to his children. Harris reversed the earlier custody decision, giving primary custody to Darryl Ginyard. The girls’ mother now gets visitation.

Lawrence-Whittaker [Ginyard’s attorney] said the case since has gone to the Court of Special Appeals, which upheld Harris’ ruling.

Much like Tracy West, who staged her own rape scene and made false allegations against her son’s father to deny him access, Ms Ginyard also gets visitation. A mother who put her girls through needless hours of of questioning and evaluations and who deliberately told the most horrific lies about their father, gets visitation. What does it take for a family court judge to deny access to a mother hellbent on alienation?

Even though Mr Ginyard has his daughters back and almost a million dollars in damages, there are lingering effects of Ms Ginyard’s lies. Also from HometownAnnapolis:

Ginyard testified that the years of false allegations damaged his relationship with his daughters. He said he has become withdrawn with the girls and is afraid to do things normal parents do – like hug or snuggle with his children while watching a movie.

“I don’t let them stay in my room a lot,” he said. “I have to distance myself from them, no matter how much I care about them, because of the way things have transpired.

“… I don’t want to put myself into a position like that at all.”

This may be the most heartbreaking side effect of the lie. Mr Ginyard is afraid to show his own children affection, to be close to them. He has to squelch his natural affection for the girls.

Is Ms Ginyard sorry for lying and the pain and damage she caused? Here’s what her attorney had to say on her behalf:

Amani Ginyard’s attorney, Michael G. Morin, said Darryl Ginyard did not suffer enough to get the money he was demanding.

He said his client didn’t publicly accuse her ex-husband.

“He has suffered zero damages except his ego,” Morin said.

He called Ginyard’s lawsuit “a shot at the lottery.”

Wow. Just. Wow. Not sorry. Not at all. If I’d been a juror and heard that bit of remorseless sociopathy, I’d have multiplied Mr Ginyard’s award by 1000.

Moral of the story.

Sometimes you shouldn’t drop the rope. Sometimes you have to fight back. Sometimes fighting back works. If the family court and criminal courts won’t do their jobs and help protect men in similar situations, perhaps civil court can.

$852,000 is a small amount compared to the pain, humiliation and time Mr Ginyard lost with his daughters. It’s also a small amount when you consider that his relationship with the girls may be forever altered. He’s afraid to hug them. He’s afraid snuggle up and watch a movie with them.

False accusers beware. It just might cost you more than a slap on the wrist and a trip to your local community counseling center.