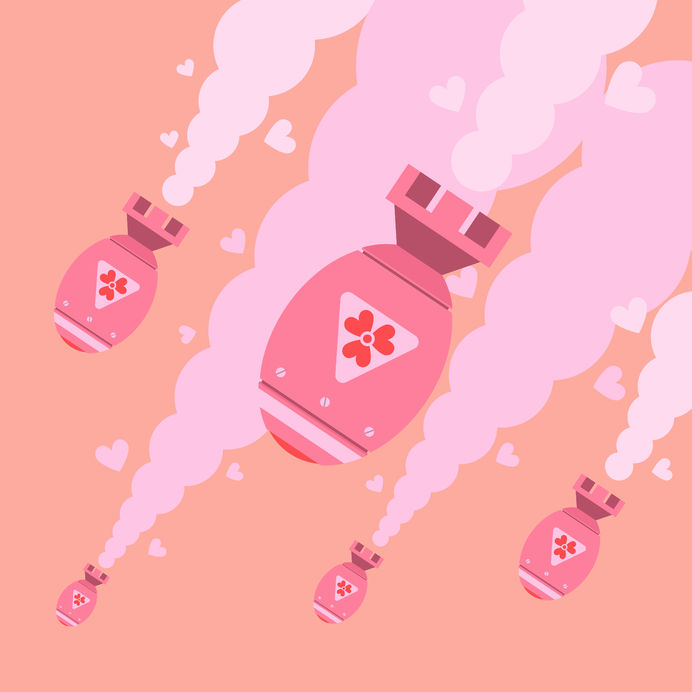 What is love bombing? It’s a seduction technique that occurs during the idealization stage of relationships with narcissists, psychopaths, histrionics, borderlines and other personality disordered abusers. Predators love bomb in order to foster an emotional and psychological dependency in their targets. In other words, you become dependent upon and allow the narcissist to determine your sense of worth.

Love bombing isn’t a new concept. It’s a term borrowed from the study of cults and how they recruit members. Emotional predators like narcissists and psychopaths use the technique for similar reasons. Primarily to develop a fast intimacy and affection.

Drugging you with flattery isn’t just an expression. Victims of love bombing typically experience a high from the intense adoration, hyper attention and flattery. Love bombing, especially for codependents, is the fast lane to easy and illusory self-esteem. It’s the high of the love bombing during the idealization stage that victims of narcissistic abuse yearn to return to once the devaluation stage begins. We don’t miss the reality of the borderline or narcissist, we miss the person they pretended to be when love bombing.

When abuse victims say they want the narcissist or borderline to get help, what they usually mean is they want them to go back to being the fantasy woman or man they pretended to be when seducing you. There’s no going back though. Even if they were to seek treatment and make some improvements, they’re not going to become the love bomber again because that person never existed in the first place.

Many people who’ve been in one or more of these toxic relationships, legitimately worry about becoming involved with another disordered abuser again. To accomplish this, they spend a lot of time trying to identify red flags. While this is important, it’s equally important to focus on what makes you vulnerable to abusers and other predatory con artists. It’s usually a combination of low self-esteem, insecurity and learning from an early age that your value is in care taking others while denying your own feelings and needs (i.e., codependency).

How do you tell the difference between genuine admiration and appreciation and the false flattery of love bombing?

Think about the people you admire and hold in high regard. Did that happen overnight, or did your appreciation develop over time as you got to know them and observe them consistently behave with kindness, compassion, integrity and intelligence? Anyone who lays the flattery on thick and fast typically has an agenda. They’re most likely looking to manipulate you into something that isn’t good for you. When I hear the term “buttering you up,” I chuckle because it makes me think of lubricant. As in bend over and apply the lubricant. Well, that’s if you’re lucky.

The following behaviors are characteristics of love bombing. They’re also stand alone red flags. This list isn’t exhaustive, but they’re the most common in my experience.

• Urgency. It’s hard work pretending to be someone you’re not. Thus, love bombers often try to hurry the relationship along at a breakneck pace in order to secure the attachment. Once that’s accomplished — typically after legally binding yourself to them through marriage, shared property, children or a business partnership — the mask comes off. In the many accounts of love bombing to which I’ve been privy, there’s frequently pressure to “take things to the next level.” They ABC to ABC: Always be conning to always be closing.

• Future faking. Narcissists and psychopaths will often casually talk about marriage, having children and other relationship milestones early on, or long before any reasonable person would seriously consider such things. It’s part manipulation and part distraction tactic. If you’re codependent, finding someone who seems to think you’re so special — special enough to consider huge commitments so quickly — can make your heart melt along with your judgment and reason. It’s used as a distraction should you catch a glimpse of the real them before they’re ready, or as a way to keep your hope alive after the devaluation stage begins, but before they’re ready to discard you.

• Hyperbole. Always and never, black and white and all or nothing thinking are common in disordered people. They tend to excessively use words like love, hate, forever and soulmate without having any real understanding of what these words mean. Particularly that they’re not to be used lightly, carelessly and so quickly.

• The One-itis. Love bombers often have a fixation on The One, more so than emotionally mature, non-disordered people. They also tend to have had multiple The Ones. Perhaps in their case, it would be more accurate to call it The Six or The Eighteen. I see this as more evidence of their emotional immaturity. It’s forever junior high.

• Tales of victimhood. Narcissists, borderlines and other abusive personalities often, but not always, claim to have been victimized by their exes, friends and families of origin. Maybe it’s true; maybe it isn’t. You’ll probably never know for certain. Even if they really were abused, it explains their behavior. It doesn’t excuse it. Be wary of people who tell you their tales of victimization very early on. It could be a boundary issue, attention seeking and/or they’re trying to elicit sympathy or rescuer impulses in order to manipulate you.

• Magic mirror. Mirroring is something healthy people do, too. It helps build rapport and attunement in a relationship. When love bombers mirror, it’s usually a lie. They pretend to enjoy the same hobbies and share the same beliefs, feelings and values in order to trick you into trusting and loving them. Many of the common values and interests magically come to an end after the love bombing stops and the mask comes off.

• Ingratiation. Love bombers often try to ingratiate themselves into your family and circle of friends. They suck up, flatter and bend over backwards to inveigle their way in to everyone’s good graces. If your friends are healthier than you, you may hear a few WTF comments. They do this to seek allies to be better able to manipulate and control you. If your friends and family solidly continue to have your back rather than join the flying monkey squadron, the narcissist or borderline will eventually demand you end these relationships.

• Joined at the hip. Love bombers often want to spend every waking minute with you, especially during the beginning of the relationship. They require an extreme amount of attention and become upset when you can’t accommodate this. Don’t confuse this for an indicator of someone who loves and wants you so much they can’t stand to be parted from you. Emotionally stable and mature adults can handle time apart. We even think it’s healthy and a sign of a strong relationship.

• Indispensable. Many love bombers, the personality disordered and the codependent, try to make themselves indispensable. It’s basically a way to stave off abandonment fears and create a mutual dependency. If you need me you won’t leave me. Codependents continue to do this after the love bombing stage ends. Narcissists stop, and then hold the things they once did for you over your head and expect to be repaid with interest compounded hourly.

• Obsessed with your exes. An obsession with exes is common for codependents and disordered people. Codependents usually become obsessed because the narcissist or borderline triangulates by deliberately trying to make their partners insecure and jealous by bringing up past relationships and comparing the codependent to former partners. The personality disordered are usually obsessed with exes because even past relationships are seen as acts of disloyalty and threats to their control. It’s not uncommon for narcissists, borderlines, psychopaths and other forms of Crazy to stalk and harass your ex-partners. Again, this is more than a case of insecurity. Don’t ignore this.

• Sex bomb. Love bombing can also include loads and loads of sex, or the future promise of the most amazing sex you’ll ever experience after you “prove” yourself. That rarely comes to pass. People who use sex to manipulate are transactional. You will pay to play, and once you’re hooked the stakes become very steep.

If the above characteristics seem like normal courtship behaviors to you, that’s a problem. These behaviors are neither normal nor healthy. You may benefit from counseling to understand your unhealthy relationship patterns and why you’re vulnerable to these kinds of relationship predators and con artists. 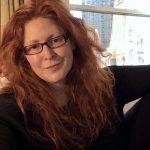