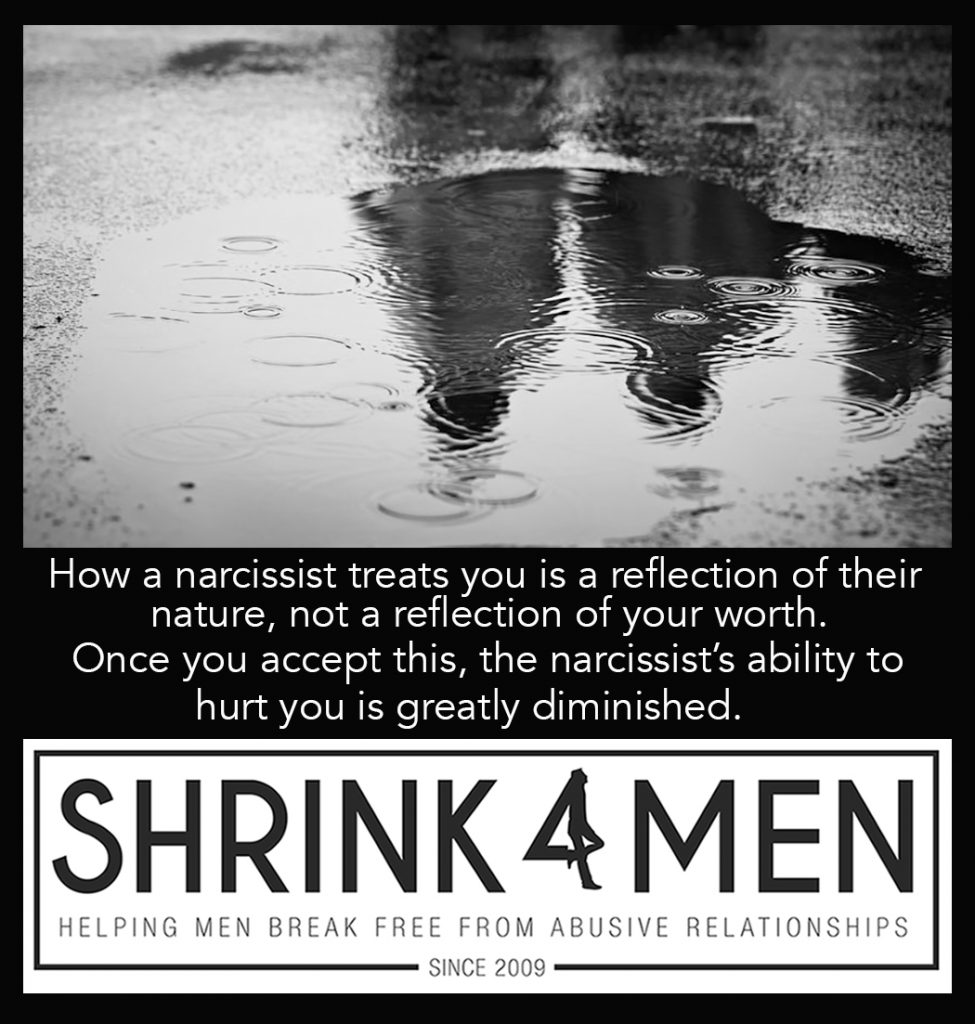 Remember the childhood adage that was supposed to make us feel better when we were bullied? Sticks and stones may break my bones, but names will never hurt me. Our parents tell us that when we’re kids, but it’s cold comfort at the time. Name-calling hurts when you’re a kid. It can also hurt as an adult.

There’s another childhood adage meant to make us feel better about being bullied, but directed at our tormentor. I’m rubber. You’re glue. Whatever you say bounces off me and sticks to you. I don’t know about you, but it didn’t have much effect on the bullies in my childhood. Nevertheless, I carried it with me like a paper shield.

If we said either of these expressions now to a nasty colleague or an abusive narcissistic, psychopathic or borderline spouse or ex, they’d most likely think we’re off our rockers. Even so, there’s wisdom in these simple, sing song childhood talismans. Sticks and Stones encourages emotional detachment from those who would hurt us. Rubber and Glue is a basic primer for returning cruel projections back to their rightful owner.

A Shrink4Men Forum member recently shared a quote by a Yogi master. If you’re like me, your first impulse when hearing the term Yogi master is to roll your eyes. Yogi Bear? Yes. Yogi master? No.

I’m not saying there isn’t value to be found in Yogi master teachings. It’s just that they’re usually expressed in such an esoteric manner that only protein deficient hot yoga practitioners can understand it during a mystical heat stroke-dehydration convergence. I’m teasing! Kind of. Not really.

Personal biases aside, the quote by Yogi Bhajan shared by the forum member, which I paraphrased in the image above, was timely:

If you are willing to look at another person’s behavior toward you as a reflection of the state of their relationship with themselves rather than a statement about your value as a person, then you will, over a period of time cease to react at all.

My interpretation is that how a narcissist treats you is a reflection of who they are, not a reflection of your worth. You decide whether to accept or reject their projections and other abuses. Once you understand and practice this, the narcissist’s ability to hurt you is greatly diminished.

This quote is timely because I’ve been working with a few clients who are extremely stuck. More stuck than is typical. Like most of my clients and anyone who’s been a target of narcissistic, borderline or psychopathic abuse, they’ve allowed their abusive exes to determine their self-worth. So much so, that they still desperately want their abusers’ love and approval.

Their desire to be comforted by their abusers is keeping them from moving into the anger stage of grieving and healing. The anger stage is extremely important. In the anger stage you acknowledge and accept what’s been done to you and what you’ve allowed to happen to yourself. You recognize who and what your abuser is. You stop minimizing, rationalizing or making excuses for your abuser. You finally feel emotions and thoughts you didn’t fully allow yourself to have during the relationship because it wasn’t safe to do so. (***I’m not encouraging anyone to get angry and stay there. It’s a necessary stage of the grief process. Once you go through it, you move on to the following stages.)

I suspect these clients are stuck because feeling the appropriate anger and possibly hate toward the abusive ex nullifies the hope that the abuser will someday love and appreciate them. Psychologically, it isn’t safe to get angry at the person you’re voluntarily dependent upon for love and validation. If you get really angry at mommy and daddy, they’ll tell you you’re bad and won’t love you anymore. Good little boys and girls don’t get angry at their parents.

This is, of course, rubbish. Kids get angry at their parents. It’s a natural part of the struggle of growing up and becoming autonomous. Good enough parents allow their children to have their feelings and love their kids regardless. Good enough parents admit when they’ve screwed up and apologize to their kids. Parents who are narcissists, borderlines and psychopaths demand that their children be perfect little mirrors and put the parents’ feelings and needs ahead of their own, which is totally backwards. In fact, it’s a form of child abuse called parentification.

Getting unstuck means getting angry and letting go of that childish wish. This is incredibly difficult and painful to do if you’re still allowing your abuser to determine your worth and value. The path forward means looking to yourself instead of the narcissist, borderline or psychopath for comfort, love and reassurance. This is often easier said than done, but it can be done. It requires that you allow yourself to feel the abject pain of the residual grief of childhood and accept that the only person who can ever really make things better is you.