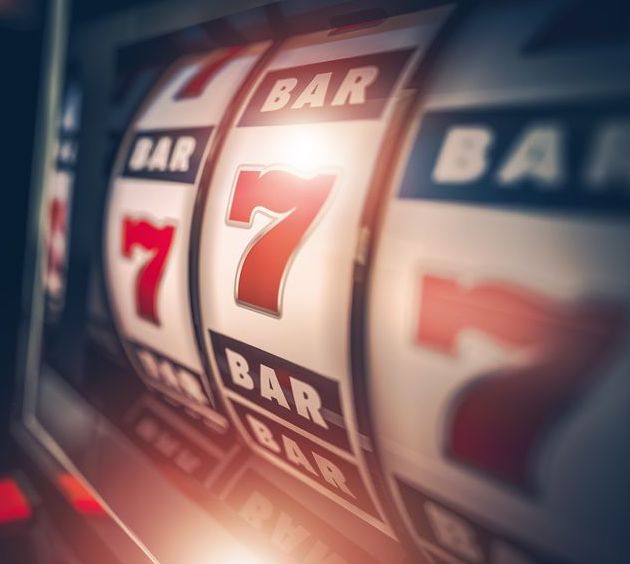 In the world of blogs, forums and other musings written by victims of narcissists, borderlines, psychopaths, histrionics and other personality disordered individuals, it’s become a bit of an urban legend that Crazy is exciting and that emotionally stable women and men are, in comparison, boring. That crazy in the head equals crazy in bed. Many of my clients complain they fear they won’t be attracted to healthier women and men for this reason — that healthy is boring.

It all depends on what you find exciting.

First, let’s dispel the urban legend. Narcissists, borderlines and psychopaths are not more exciting than healthy, functional, stable people. In fact, the personality disordered aren’t, as a general rule, exciting, glamorous or even especially interesting. Chaotic? Sure. Unpredictable? Yes, but there’s a predictability in their unpredictability. Reckless? Self-absorbed? Grandiose in the perception of their perceived accomplishments? Yes, yes, yes. Intense? At times, sure, but their “intensity” is a manifestation of their pathology, not an indication of profound depth of character — unless that’s profound depth of characterological disorder.

But  sex is over the top and porno-like right out of the gate with narcissists and borderlines and sex with healthier men and women just doesn’t compare? That’s an incomplete urban legend. A “yes, but” there’s more to it.

If you’ve ever been in a relationship with a healthy person, you’d understand that trust and emotional intimacy are things that grow over time, not the, “Oh my god! You’re my new soulmate! Let’s go have sex in the bar bathroom and move in together tomorrow!” thing that happens after 20 minutes with wingnuts. As healthy people honestly communicate their needs, desires and fantasies with one another, sex usually gets better, deeply satisfying and continues throughout the relationship rather than petering out or coming to an anticlimactic halt after the love bombing stage ends.

How many relationships with disordered men and women that begin with a sexual bang (pun intended) quickly end once the emotional attachment is secured and you both begin to project your mutual mommy and daddy issues onto each other? You begin the relationship as sexual partners. Then the emotionally immature individual (e.g., the narcissist or borderline) turns you into their mother or father and the codependent individual once again returns to the role of parentified child.

The projection of a parental role typically begins during the devaluation stage (the three stages are idealization, devaluation, discard), which includes an ever increasing drum beat of conveying that you’re not good enough, you’re disappointing, you’re inadequate, everything is your fault and you’re the reason the narcissist or borderline is unhappy. Constant unresolved conflict and criticism are not aphrodisiacs. And, speaking from personal experience, an angry, poo-flinging, pouty adult toddler is not sexually attractive, even if he or she is objectively physically attractive.

As for the crazies that remain in sexual overdrive, clients complain of a sense of emptiness and lack of emotional connection during sex. The intense sexual performance of the narcissist or borderline is about maintaining control and staving off abandonment fears. It has nothing to do with love or genuine desire for you.

Many of my male clients worry there’s something wrong with them because they’re no longer physically or sexually attracted to their objectively attractive wives or girlfriends. That’s when I ask if they’d find tantrum-prone toddlers or teens with emotional issues sexually attractive. Of course, the answer is a horrified no. The same applies to tantrum-prone toddlers or teens with emotional issues in adult bodies.

Spend enough time with narcissists and other disordered abusers and you’ll discover that what initially seems exciting, glamorous, intriguing or substantive is nothing more than carefully crafted shtick. Artifice. Smoke and mirrors. An overgrown child playing a game of make believe in the adult world. There’s a significant difference between when the narcissist is “on,” i.e., playing to her or his audience, and the narcissist behind closed doors where they sulk, seethe, scheme and pluck the wings off of butterflies.

Early in the courtship phase with the narcissistic ex, he had a fleeting moment of transparency when he asked, “What will I do to keep you interested after you’ve heard all my stories?” At the time, I dismissed it as humility and poor self-esteem. In reality, he likely knew he had a finite repertoire of charm and once that wore off, then what?

Healthy, evolving people have new interests and new experiences that create new stories. Funny stories. Embarrassing stories. Touching stories. Painful stories. Narcissists tend to have tales of self-aggrandizement (i.e., “See how important or cool I am“) or tales of victimhood that they repeat ad nauseum.

After 7+ years together, I heard the ex’s stories so many times I could recite them by heart. Every new person in our lives was told the same stories (minor details would change based on the audience, which makes one wonder how much of the stories are true). Stories of his career highlights from the 1990s. Stories about his boarding school years. Stories about his international travel. Stories about his stay in a haunted Yucatan hacienda with his ex-wife over two and a half decades ago.

Yes, he talked about his ex like they were still married throughout our relationship. These individuals are permanently stuck in the past. This is one of the main reasons they project the sins of their mothers, fathers and past partners onto current partners. They’re forever reliving their childhood, adolescent and adult narcissistic injuries on an infinite loop. Their present is permanently defined by past grievances that they nurse like a sow nurses her piglets. Talk about boring!

In reality, narcissists, borderlines, psychopaths, histrionics and other forms of Crazy are boring. Tediously, mind-numbingly, excruciatingly boring. Is a toddler who pitches tantrums until they get their way exciting? Is a child who pouts and engages in self-serving circular reasoning intellectually stimulating? Is a sulky teenager who displays disdain and contempt for adults and peers intriguing and mysterious?

When they’re not turning on the charm to preserve the public mask or trying to impress and seduce newcomers, the personality disordered are developmentally and emotionally stunted insecure children with conduct problems who consistently create chaos and conflict in their interpersonal relationships. So what’s the thrill for codependents who are attracted to narcissists, borderlines, addicts and psychopaths more so than emotionally stable and mature women and men? A couple of things.

1. Repetition compulsion. Freud wrote about this phenomenon in Beyond the Pleasure Principle. He believed repetition compulsion is our unconscious attempt to gain mastery over an early traumatic event or relationship by recreating and repeating it with the aim of having a different, happier outcome in the present.

It’s not the repetition of the relational trauma that’s exciting. It’s the possibility that you might be able to get the love you’ve yearned for since childhood from an adult partner who’s similar to the parent who inflicted the core wound. That’s the problem. If the object of your desire is every bit as limited, broken, alcoholic, unstable, abusive and personality disordered as the parent who did the original damage, you’re not going to get a different result. Instead of healing and gaining mastery, you recreate the abuse and replay the misery.

The thrill is the unconscious recognition that you’ve found someone every bit as screwed up as mom and dad, but this time you’ll be able to make it work. Because these relationships often begin with love bombing, you think you’re getting the opposite of what you experienced in childhood and then blammo! The mask comes off and you’re that hurting, dejected, despairing child wondering how and why it’s happening to you all over again.

2. Experiencing the absence of abuse as exciting. When clients describe what they miss most about narcissistic exes or what keeps them stuck in a relationship with a borderline personality disordered wife or husband, it’s the times when their abusers behave like decent human beings. In other words, you romanticize the absence of abuse. “He can be so generous.” *When there’s an audience for his generosity. “She can be so loving and sweet.” *In between rage episodes and infidelities.

In this respect, what you find so exciting are those moments when your narcissist, psychopath or borderline partner *behaves like a normal person*. So, how is it that normal is boring? Or, is having infrequent pockets of normalcy (i.e., the absence of abuse) what’s exciting? She’s behaving nicely! It’s so exciting! He asked me about my day and actually listened to me! It’s like winning the lottery!

What causes the feeling of excitement? In my opinion, it’s a form of operant conditioning reinforcement called a variant ratio schedule. A variant ratio schedule is what makes gambling so addictive for some people. In other words, casinos and personality disordered abusers use unpredictable, intermittent reward to keep you throwing good time, money and effort after bad. The casino dispenses money to keep you pulling the slot machine lever; abusers dispense “love” or periods of calm in between their emotional storms.

What’s the exciting win? Not being abused.

Many victims find themselves regularly wondering, “Will we get through the day without an episode? Can we get through the holiday without a meltdown or a litany of complaints?” If not being raged at or given the cold shoulder is what makes your day good or exciting, just imagine what it would be like to have more calm days than not. To have an abundance of rational discussions and zero tantrums. To be able to resolve conflict without threats and name-calling. To not have conflict after conflict over ridiculous non-issues. Does that sound boring?

If it is, then perhaps boring is the new sexy.