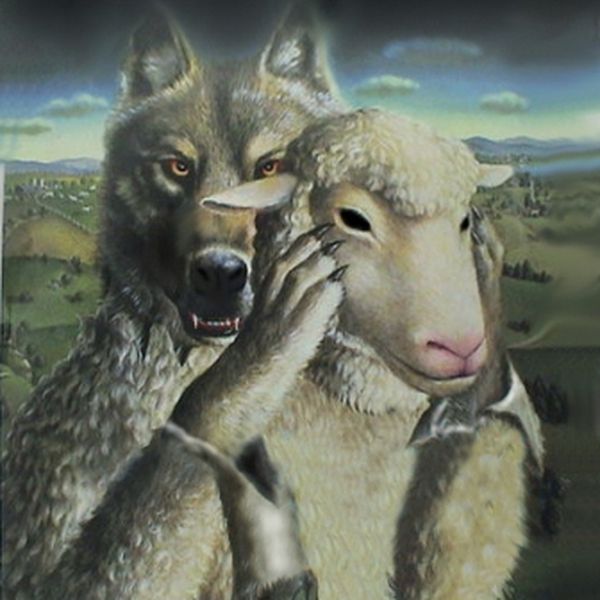 Does your spouse blame you for everything that’s wrong in the marriage? Does she or he refuse to take responsibility for their actions, especially the cruel and deceitful ones? Do you frequently feel forced into acts of contrition, like you’re forever obligated to make it up to your partner, girlfriend or boyfriend?

Victim playing is “the fabrication of victimhood for a variety of reasons such as to justify abuse of others, to manipulate others, a coping strategy or attention seeking (Wikipedia).” If you’re thinking, “Gee, that sounds like a description of what narcissists do,” move to the head of the class. You’re exactly right. It is what many narcissists and other personality disordered abusers do.

Object relations theorist, D.W. Winnicott, introduced the notions of the true self and the false self (The Maturational Process and the Facilitating Environment: Studies in the Theory of Emotional Development, 1965). According to Winnicott, narcissists develop a false self in infancy as a defense mechanism to protect them from a lack of parental emotional attunement (i.e., good enough parents who respond to and meet the infant’s needs often enough for the infant to feel loved and secure). The false self is a false persona built on false relationships (e.g., projection, mirroring, idealization, etc.), and introjections (i.e., unconsciously incorporating characteristics and attitudes of others in an effort to appear authentic) that mask “a barren emptiness behind an independent-seeming façade” (Rosalind Minsky, Psychoanalysis and Gender, 1996). Neville Symington believes that a false self leads to a “permanent sense of victimization” (Narcissism: A New Theory, 1993). That, in turn, gives birth to the professional victim.

Playing the victim is a position of power in interpersonal relationships. How can a victim be powerful? In reality, the professional victim is the aggressor, particularly if they have traits of narcissism, borderline or histrionic personality disorder or psychopathy. They play the victim to manipulate, exploit and control their victims, enablers and/or negative advocates (i.e., flying monkeys who protect and defend the professional victim/aggressor and attack the actual victim). Narcissists and other professional victims hold you emotionally hostage by using abuse tactics such as blame shifting, projection, DARVO (Deny, Attack and Reverse Victim and Offender) and FOG (fear, obligation, guilt).

Professional victims are stealth bullies. Being caught in a never ending blame game with one of these individuals is toxic in the extreme. This isn’t a game you can win. It doesn’t matter how many facts you present or how logical your observations and counter-arguments are. It’s extremely unlikely a narcissist or professional victim will give up the mantle of victimhood. It would require them to take responsibility for their actions, abdicate their gross sense of entitlement and their compulsion to control. Being in control of their environment and relationships, gives the narcissist’s false self the illusion of safety and protection from exposure and potential loss of supply. That’s simply not going to happen.

1) Rarely if ever, possibly never apologizes. The narcissist has exclusive rights to the role of injured party. When you call her or him on their behavior, they provide ample excuses for why they’re not responsible. The excuses typically redirect blame onto you or other scapegoats — usually the person the narcissist has wronged. It’s always your fault or someone else’s fault, but never, ever is it the narcissist’s fault unless it somehow serves their self-serving agenda.

2) Pushes people’s buttons to get an emotional response. A determined narcissist could make the Dalai Lama lose his cool. Narcissists and professional victims often have scripts in their head about how their interactions with others are supposed to go. Non-disordered people have scripts, too (expectations about how other will respond and interact with us), but our scripts aren’t rigid and we can adapt when people don’t respond the way we think or hope they will. Not so for narcissists. If reality doesn’t match their script, they’ll make it fit, facts and reality be damned.

The professional victim must be victimized. For example, your sister needles and needles and needles one of your sore spots, until you can’t take it any more and snap at her. Presto! She just got you to victimize her. The previous 2 hours during which she tormented and bullied you are irrelevant. Or, your husband, who’s having an affair, picks a fight with you to manufacture a reason to storm out of the house and go have sex with his affair partner. The fight is your fault and cheating on you is your fault because professional victim. If you weren’t such a disappointment as a wife, he wouldn’t have to cheat on you and, therefore, wouldn’t have had to pick a fight with you in the first place, see? There’s a twisted pretzel logic to their reasoning, messed up as it is.

This is a very primitive defense mechanism called projective identification. Object relations psychologist, Melanie Klein, first introduced the concept in 1946. R.D. Laing (1969) explains, “The one person does not use the other merely as a hook to hang projections on. He/she strives to find in the other, or to induce the other to become, the very embodiment of projection.” As crazy as this sounds, it’s a defense mechanism the narcissist uses as a means to control you, the receptacle into which they’ve projected the bad parts of themselves. Originally, I was going to use the word vessel, but receptacle seems more appropriate.

If you’re the receptacle, it’s a truly awful experience. In extreme cases it can lead you to feel like the crazy person. The narcissist or professional victim projects their aggression onto you. You justify, argue, defend and explain (JADE) yourself. The narcissist persists in blame shifting, discounting, derailing and other provocations until you, for example, tell them to shut the hell up and leave you alone. Blammo. Now you’re the bad guy or gal and the narcissist becomes the victim. Projective identification feels like you’re being coerced into being someone that you’re not. It’s highly, highly emotionally abusive and crazy-making.

3) Blames others for their own shortcomings or failures. The professional victim lives in Never-Never Take Personal Responsibility Land, which is bordered to the North by The Land of If Only. The narcissist’s refusal to hold themselves accountable allows them to blame their parents, siblings, co-workers, bosses, professors and you for their unhappiness, life, career and relationships not being as they feel they should be.

He’d be running the business if only his boss recognized his talents. She’d have graduated from culinary school and been wildly successful if her professor hadn’t looked at her cross-eyed when he sneezed. She wouldn’t have to be so hard on you (i.e., abusive) if you did more of x, y, and z. Don’t fall for this malarkey, folks. The professional victim’s right in that there’s someone to blame for her or his sad life. They need only look in the mirror to direct their blame accurately.

4) Admires and respects bullies. This is a fascinating aspect of the professional victim and narcissist: They defend those who bully and mistreat them (i.e., people they can’t control), and lash out at those who want to help and care for them (i.e., their codependent targets of abuse). He may fondly describe an ex who sounds like a real bitch as “a really a good person — she just had a rough childhood.” She admires a homicidal dictator like Vladmir Putin (a former client’s narcissistic as hell Russian mother-in-law has an icon of Putin in the dining room) Meanwhile, you bend over backward to tiptoe around your narcissist’s extreme sensitivities and they accuse you of being disrespectful and inconsiderate of their needs.

The fact that narcissists and other professional victims admire and respect bullies and other people who abuse their power is a huge red flag because we emulate those we admire. To be clear, they admire other bullies and abusers because they’re abusive bullies masquerading in victim’s clothing.

It’s impossible to have a loving, equal relationship with a professional victim. Narcissists and other professional victims want control and power, not equality, reciprocity and mutuality. These individuals go through life feeling slighted and angry, evading responsibility and blaming others for their choices, actions and failures. Good luck trying to talk to them about this. You’ll likely be met with extreme defensiveness, blame shifting and even narcissistic rage or borderline abandonment rage. Since their primary identity is that of victim, if they give up their false self then who are they? An empty shell of a person who treats other people like crap and who’s squandering their life away. It’s a matter of psychological self-preservation versus ego annihilation.