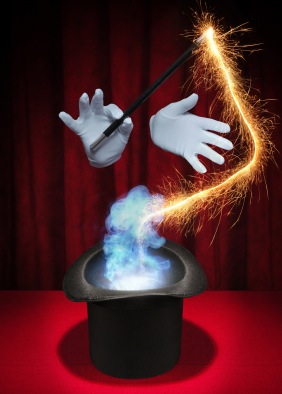 Have you ever wondered why your narcissistic or borderline spouse, girlfriend, boyfriend or ex is able to do and say the most hurtful, underhanded and contemptible things and then portray themselves as the innocent victim? Do you marvel at how they’re able to aggress and then convincingly accuse others (usually their victims) of the very same abusive behaviors and attitudes of which they’re actually guilty? Well wonder no more, the answer may be DARVO.

Dr Jennifer J. Freyd, PhD of the University of Oregon identified DARVO in the 1990s at the tail end of the repressed sexual abuse memories hysteria. In spite of its dubious origins, DARVO is a useful concept with broader applications than Dr Freyd seems to have considered. Freyd writes about DARVO in conjunction with her work on betrayal trauma (also known as trauma bonding), which I discuss on the original Shrink4Men blog.

According to Dr Freyd’s webpage:

DARVO refers to a reaction that perpetrators of wrong doing, particularly sexual offenders, may display in response to being held accountable for their behavior. The perpetrator or offender may Deny the behavior, Attack the individual doing the confronting, and Reverse the roles of Victim and Offender such that the perpetrator assumes the victim role and turns the true victim into an alleged offender. This occurs, for instance, when an actually guilty perpetrator assumes the role of “falsely accused” and attacks the accuser’s credibility or even blames the accuser of being the perpetrator of a false accusation.”

DARVO seems to be a combination of projection, denial, lying, blame shifting and gaslighting. Dr Freyd notes that other observers have identified the same phenomena using different terms. My clients frequently experience this behavior when they try to hold their partners or exes accountable. It also seems to be common behavior in most predators, bullies, high-conflict individuals and/or abusive personality-disordered individuals. DARVO routinely occurs in high-conflict divorce and/or custody cases in which false abuse allegations are used as a legal strategy.

Of course, not everyone who denies wrong doing is engaging in DARVO. Many partners and exes of narcissists and borderlines have been accused of things they didn’t do or of things that never happened. Naturally, when this happens, you deny the accusation and perhaps feel a little (or a lot) bewildered. How do you know if an individual’s denial is the truth or an instance of DARVO? Freyd (1997, pp. 23-24) proposes:

“It is important to distinguish types of denial, for an innocent person will probably deny a false accusation. Thus denial is not evidence of guilt. However, I propose that a certain kind of indignant self-righteousness, and overly stated denial, may in fact relate to guilt.

I hypothesize that if an accusation is true, and the accused person is abusive, the denial is more indignant, self-righteous and manipulative, as compared with denial in other cases. Similarly, I have observed that actual abusers threaten, bully and make a nightmare for anyone who holds them accountable or asks them to change their abusive behavior. This attack, intended to chill and terrify, typically includes threats of lawsuits, overt and covert attacks, on the whistle-blower’s credibility and so on.

How can you demonstrate who the aggressor is during and after divorce?

In my experience, identifying the actual aggressor often becomes evident in their behavior post-separation and/or divorce. For example:

Isn’t it odd how, in these examples, the alleged victim seeks contact with the accused and rages when denied? This is why I regularly encourage clients to practice BIFF communication (brief, informative, firm, , business-like) communication. It’s equally important to maintain control of your emotions in your communications with the narcissistic or borderline ex. When you engage in a pointless back and forth with them it can be difficult to discern who the Crazy is for evaluators, lawyers and judges. I also frequently encourage clients to carry a recording device with them if some physical contact can’t be eliminated. Okay, I’m more like a broken record on these three points.

This is similar to how William Eddy, LCSW, Esq describes the persuasive blaming tactics of high-conflict individuals.“Persuasive Blamers persuade others that their internal problems are external, caused by something else or someone else. Once others are persuaded to get the problem backward, the dispute escalates into a long-term, high-conflict situation. One that few people other than persuasive blamers can tolerate” (Eddy, 2006, p. 29). Getting the problem backward is precisely what happens when DARVO occurs. Figure and ground are completely reversed. 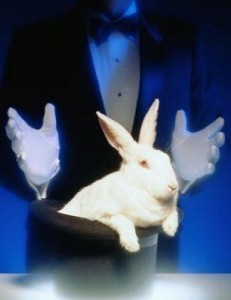 “It’s only the Persuasive Blamers of Cluster B who keep high-conflict disputes going. They are persuasive, and to keep the focus off their own behavior (the major source of the problem), they get others to join in the blaming” (Eddy, 2006, p. 30). This is why many Narcissists, Borderlines, Histrionics and Antisocials effectively employ smear campaign and mobbing tactics when they target someone—be it a spouse, attorney, court evaluator or therapist. By blaming others for everything that’s wrong in their lives they keep the focus off the real problem; themselves. This seems to be the exact denial-attack-reverse victim and offender behavior Freyd describes.

“The offender is on the offense and the person attempting to hold the offender accountable is on the defense. ‘Deny, Attack and Reverse Victim and Offender’ work best together. How can someone be on the attack so viciously and be in the victim role? Future research may investigate the hypothesis that the offender rapidly goes back and forth between attack and reverse victim and offender.”

This behavior is crazy-making if you’re on the receiving end of it. Your reputation, civil and parental rights are being attacked while the narcissistic or borderline partner/ex plays the victim for all they’re worth, trying to convince others of their distorted version of un-reality. Worse yet, many people believe Crazy; their reasoning being, “She’s so upset it must be true.” Even some of my male clients who know their wives’ accusations and lies aren’t true, sometimes doubt themselves and what they know to be reality. I believe that many narcissits, borderlines and other pathological liars come to believe their own lies after telling them repeatedly.

Abusers typically employ different types of denial. Perhaps you’re familiar with some of the following ones:

The offender takes advantage of the confusion we have in our culture over the relationship between public provability and reality (and a legal system that has a certain history in this regard) in redefining reality. Future research may test the hypothesis that the offender may well come to believe in [her] innocence via this logic: if no one can be sure [she] is guilty then logically [she] is not guilty no matter what really occurred. The reality is thus defined by public proof, not by personal lived experience.”

It may be difficult to sort out who is telling the truth in these cases. However, I’ve found that high-conflict individuals who engage in this behavior often can’t substantiate their claims or, if they just make up more lies to try to substantiate their claims, they’re inconsistent over time, so pay close attention and document their lies. This may help you hang them with a rope of their own making, if and when you need to prove what actually occurred as opposed to their ever evolving versions of the truth. Documentation is also helpful to combat their gaslighting and projection.

If the narcissist or borderline is threatening to call the police and make false allegations against you and/or you’re considering divorce, it’s extremely important that you document the abuse you’re experiencing in a journal, a digital recorder or some other medium. Abusive, persuasive blamers rely on the force of their emotions to sell their lies, half-truths and distortions. Since most people are suckers for drama, especially in the form of a tearful, self-righteous woman, you’ll need proof if you want to be believed. Think of it as making yourself DARVO-proof.

Eddy, W. (2006) SPLITTING: Protecting Yourself While Divorcing a Borderline or Narcissist.