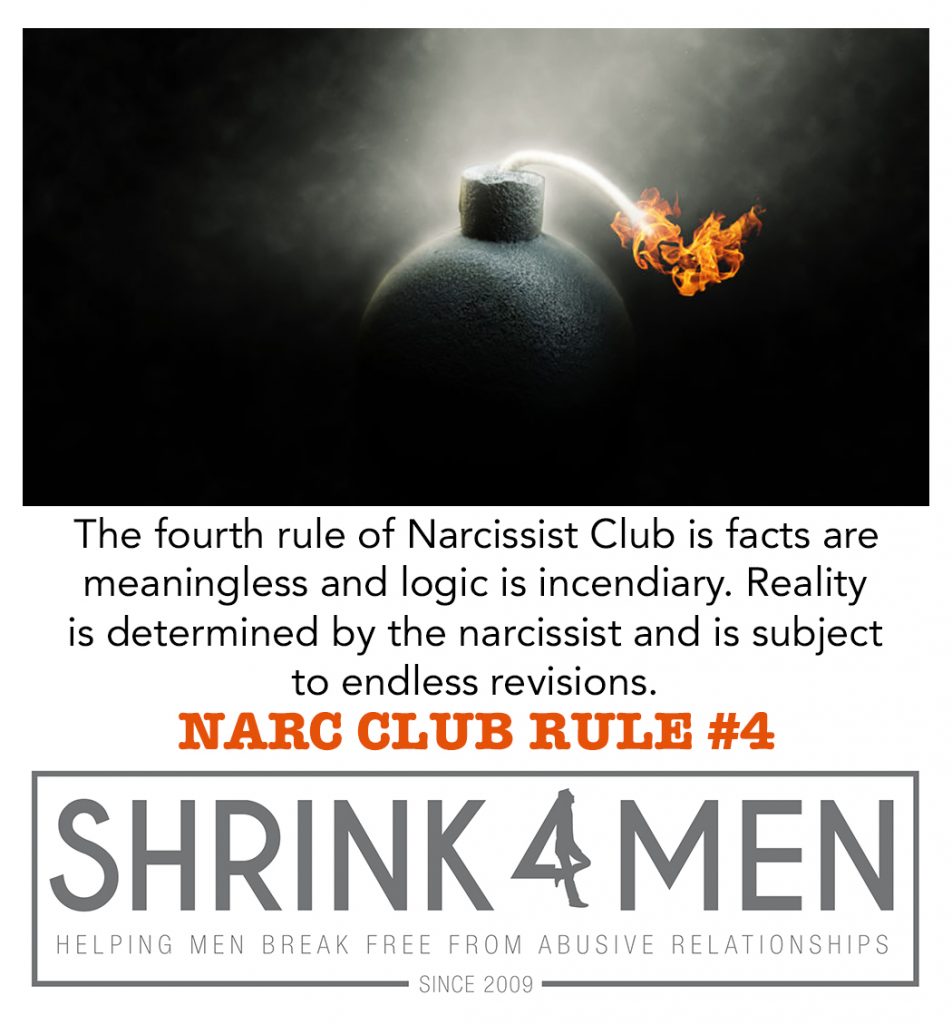 If you’ve been in a relationship with a narcissist, borderline, psychopath or histrionic, you probably understand why these personalities are also referred to as high-conflict people. It’s because they chronically manufacture an overwhelming amount of conflict, chaos and drama. Just when you catch your breath, they’re back at it. Provoking, projecting, gaslighting, tantrum-ing, exaggerating, pouting, triangulating, setting conflict traps, setting you up to disappoint them and, oftentimes, just making stuff up.

Surely these individuals take a break when they’re asleep, right? If you answered yes, you’d be wrong. Some clients report being kicked, slapped, pinched, shoved and punched awake by their conflict-prone significant other accusing my clients of cheating on them — wait for it — in their dreams. Because dreams are real! Well, dreams feel real, which is the same thing!

Crazy never rests. And, yes, some even create drama in their dreams that they’re quite happy to make you suffer for while awake.

An argument with these folks is typically pointless, circular, forever-mushrooming, emotional reasoning-based and rarely resolved. The unresolved grievances are then recycled and rehashed with each new conflict like a snowballing conflict monster.

Conflict with narcissists and borderlines follow uncannily similar rules. I call them the Narcissist Fight Club Rules. Here’s a shocker —  fighting fair isn’t one of the rules! The narcissist or borderline dictates the rules and gets to fight dirty. Their targets do not.

You’re expected to take it, fall on your sword, apologize and then pretend like it never happened. Or, you can try to discuss what happened after things calm down. In which case you risk going back down to Crazytown where the narcissist has home court advantage. Unlike healthy conflict, which focuses on resolution and compromise, unhealthy conflict is about “winning” and keeping you engaged. There are no mutual wins with these individuals. Everything is a zero sum game.

Facts Are Meaningless and Logic Is Incendiary

When fighting with a narcissist, borderline or other immature personality, facts are meaningless. Logic is incendiary. Emotional reasoning trumps critical thinking. The narcissist’s and borderline’s distorted reality is determined by their need to engage in image management and/or to maintain their victim status. Furthermore, their distorted realities (plural) are subject to endless, self-serving historical revisions. Sometimes their historical revisionism goes all the way back to something they said 5 minutes ago, never mind years.

Pointing out their contradictions typically elicits accusations that you’re mean, have to be right, can’t let go of anything or some other insult. This is more evidence that projection isn’t just a room in the back of the theater. What’s really going on?  The immature jerk is angry that you’re accurately remembering their inconsiderate, cruel or dishonest behavior.

These individuals will also demand the truth from you at all times. If you think that means honestly telling them what’s bothering you or how their hurtful behavior impacts you, you’re not getting the big picture. Not only can these folks not handle the truth, they’ll punish you for speaking it. If the truth you’re telling threatens to expose their true nature, they’re very likely to try to destroy you.

When narcissists and borderlines demand you tell them the truth, they don’t want the truth. By the truth, I mean objective, verifiable facts. Not a subjective version of truth, which is rarely factual. When someone tells you, “It’s my truth,” they’re more than likely serving you some highly self-serving hog twaddle.

No, when a narcissist or borderline demands the truth, what they want is the truth they’ve predetermined for you that fits whatever psychodrama/victim narrative they’ve ginned up in their heads. If you tell them the actual, objective truth, they’ll accuse you of lying. Thus, demanding that you accept their lies as the truth and facts as lies. Almost forgot! You don’t know how you’re actually feeling and thinking The narcissist/borderline “knows” your emotions and thoughts, not you. It’s all so very crazy-making.

Why do they do this?

There are four primary reasons these individuals lie. One, for personal gain. For example, they want money, material goods, sex, status, power, professional advancement, to avoid unwanted consequences like detection or abandonment, to seduce or to hurt or punish their enemies and rivals. If lying gets them what they want, they’ll do it.

Two, they lie to survive. If narcissists et al were honest about who they are and the abusive, shady and sometimes criminal things they do, who in their right minds would want anything to do with them? However, sometimes they’re honest about their true nature and hide right out in the open. “I’m crazy.” “I can’t be faithful.” “I’m a snake.” “I always win.” “I always get what I want.” Ignore these admissions at your own peril.

Three, they lie because it induces duper’s delight, or “the pleasure [they] get over having someone else in [their] control and being able to manipulate them” (Paul Ekman, 1992, Telling Lies). In other words, they feel superior and powerful when they deceive others. Oftentimes, you’ll catch these compulsive liars smirking as they relish the sensation of pulling one over on you. If you’ve witnessed the smirk you’ll  likely never forget it.

Four, if they can persuade, guilt or intimidate you into believing their lies, half-truths, distortions and historical revisions, they get to determine your reality. That is the ultimate control. When the narcissist, borderline or psychopath determines your reality, they’re in control. If they’re in control, then they feel powerful or safe from abandonment, which circles back to the first reason.

One of the ways they try to avoid abandonment is by keeping you engaged with them via self-created conflict, chaos, crises and drama. Save me. Rescue me. Help me. You’re a bad person if you don’t help me. These people don’t want help. If they did, they’d commit to long-term therapy that teaches them to hold themselves accountable and to be responsible for their actions.

As noted, conflict isn’t about resolving issues in order to strengthen the relationship. It isn’t about finding compromises so both parties can get their needs met. It’s about winning or staving off abandonment and they’ll do whatever it takes to accomplish these aims, including lying. Denial of facts, historical revision and emotional reasoning are all forms of dishonesty.

What happens when you catch them in a lie during a conflict? They deny, lie, cry, rage, pout and play the victim. It keeps going until you concede, submit and apologize for making them behave so badly. Yes, you’re expected to apologize for “making them” hurt you.

Perhaps you’ve tried using facts and logic when you JADE (justify, argue, defend, explain) as they accuse and attack you (this will be discussed in Narc Rule #5). Doing so just makes them all the more angry and escalates their defense mechanisms like projection, denial, projective identification, gaslighting, DARVO (playing the victim) and intimidation.

Again, the facts are what the narcissist or borderline says they are. The “facts” are often either outright lies, cherry-picked grains of truth coated in distortions and misdirects or their subjective feelings, which they believe are facts. As such, the facts are refutable, especially if they portray the narcissist in a bad light or mean the narcissist or borderline will suffer consequences. Without mutual acceptance and adherence to facts, honesty and accountability there is no conflict resolution. Only appeasement, concession and capitulation.

When you enable someone like this, you’re enabling your own abuse. Perhaps you believe continuing to restate the facts or finding different ways to explain reality to them will eventually be effective and you’ll return to the love bombing or honeymoon/idealization stage of the relationship. Please go back and reread the paragraphs about the goal of unhealthy conflict. It’s not going to happen.

In my clinical experience, people who live their lives dictated by emotional reasoning are on a difficult path that they hope will help spare them the pain of dealing with reality. In my personal experience, living my life based on a partner’s emotional reasoning is absolute hell. Reality may be painful at times, but living one’s life based on another person’s  “alternate reality” is torture.