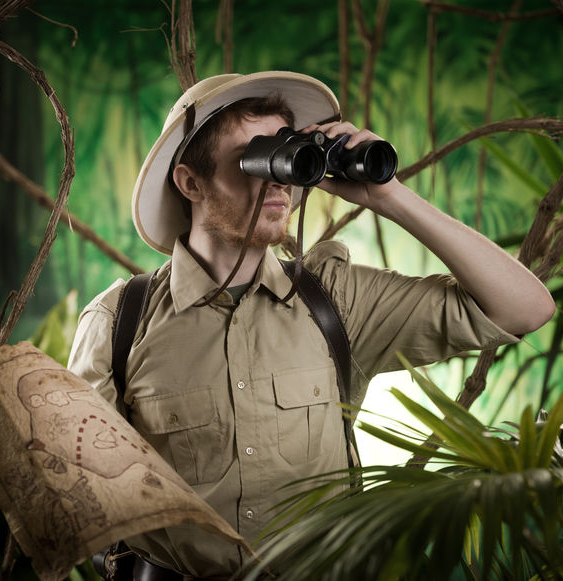 After ending a relationship with an emotionally immature, unstable, self-absorbed, selfish, narcissist, borderline, or garden variety jerk, many people wonder how soon is too soon to begin dating again. Probably not as soon as you’d like. I recommend clients don’t immediately jump back into the dating pool for several reasons.

First, you need to heal from and understand the profoundly toxic and dysfunctional relationship you were in. What attracted you to the narcissistic or borderline ex? Why did you tolerate being abused, disrespected and betrayed? Why did you think being exploited and mistreated would result in love? Why was a transactional, one-sided relationship acceptable to you?

Second, looking for a new mate while you’re still vulnerable and hurting is equivalent to throwing chum into shark-infested water and going for a swim. In other words, you’re highly likely to  attract another predator and go from the frying pan to the fire. Third, if you’ve difficulty being alone it’s time to address that. The ability to be okay on your own will help you to more easily walk away from an unhealthy woman or man once you begin dating again.

Fourth, while quickly beginning a new relationship may help you avoid dealing with the hurt and damage of the last relationship, it also deprives you of the time necessary to heal and develop the capacity for better relationships. Successful passage through the grief process results in wisdom and greater psychological maturity. It’s also a prophylactic against coupling with another selfish adult toddler again. Specifically, embracing and fully experiencing the stages of grief heals the old wounds that made you vulnerable to the toxic ex in the first place.

In order to have healthier relationships, you’ll need to:

1. Feel the pain and do the grief work. If your wounds go back to childhood, they’ll require tending to as well. I think of it as archeological layers of grief. If you’ve a pattern of dating unhealthy women and men, odds are your work begins in childhood.

2. Practice self-care and self-love. People who love and respect themselves don’t tolerate cruelty, exploitation and double standards. This is also related to preexisting childhood wounds that created codependent traits and trauma bonding. If your parents had taught you how to care for, respect and love yourself, you wouldn’t find emotionally unavailable, selfish, deceitful, cold, volatile, unstable women and men so irresistible and exciting and healthy people so boring.

3. Identify dysfunctional behaviors and attributes. Otherwise known as being able to spot red flags. Yes, some predators have crafted quite convincing false selves or masks of normalcy. Even so, most people will tell you exactly who they are from the very beginning if you pay attention and know what to look for, for example, love bombing. Healthy individuals don’t love bomb. This is a particularly difficult thing for many of my clients to let go. The love bombing feels like the love they didn’t get as kids.

4. Grow a pair (of boundaries). Actually, grow more than a pair. More important than being able to identify red flags is having healthy boundaries that you’re willing to enforce. This requires making a commitment to yourself and keeping it. Boundaries are your best protection against con artists, gold diggers, narcissists, borderlines and other predatory personalities.

5. Know what healthy looks like. There’s more to finding a partner than having hobbies, political views and other interests in common. In fact, those are the least important variables. Yes, it’s great to have someone who enjoys bungee jumping as much as you do. But what if your bungee jumping girlfriend is also an abusive jerk? Does her enjoyment of bungee jumping make up for that?

The following are some basic attributes of healthy relationship partners:

Tolerant and accepting of differences. Immature people expect a partner to perfectly mirror them, (i.e., to think and feel exactly as they do). This is especially true of the personality disordered who typically experience different opinions, beliefs, attitudes or emotions as grievous personal criticisms and injuries. These individuals need to be right. Disagreeing with them, having different opinions or using facts and logic enrages them. It’s both a narcissistic injury (i.e., a threat to their self-esteem) and triggers their control issues.

Healthy adults are able to tolerate different opinions, viewpoints and experiences without name-calling, judging you, ridiculing you or guilt trips. In fact, mature adults might even change our minds about certain subjects based on sharing ideas and beliefs with someone who holds different perspectives. Sharing differences in a relationship characterized by mutual respect and trust can actually be a lovely experience. Failing that, mature adults can agree to disagree.

Accountability.  Young children and chronically immature adults avoid personal accountability. Individuals who lack this capacity blame shift rather than seek equitable conflict resolution. Rather than be accountable, they rage, temper tantrum, cry, pout, give the silent treatment, bully, and/or threaten to end the relationship. They also tend to see themselves as perpetual victims. This is especially true if you try to hold them accountable when they behave badly.

Reciprocal personal accountability is a building block of healthy love relationships. When partners are accountable to themselves and each other, conflicts are more easily resolved. Issues are able to be discussed productively without blame shifting, pouting and tantrums. Intentional and unintentional hurts can be acknowledged, worked through and forgiven. Accountability also increases trust, which leads to deeper intimacy.

Whole people. If you’re looking for someone to “complete you” (i.e., fix your childhood wounds), you’re setting yourself up for codependency, exploitation and abuse. Narcissists, borderlines and codependents are psychologically underdeveloped people. Narcissists and borderlines are  forever looking for people to take care of them, make them happy and clean up their messes. In other words, they want a partner who will enable them and do the work for them. When this inevitably fails, narcissists blame their enabling partners, viciously turn on them and eventually discard them.

Codependents attempt to heal their childhood wounds by trying to “fix” adult partners who are as screwed up as the parent(s) who did the original damage. Codependents feel inadequate and unworthy of love. This is partly why codependents aren’t usually attracted to healthy women and men who aren’t going to mistreat them or take advantage of them. Codependents are only able to feel “good enough” when someone who abuses them is occasionally nice to them.

It doesn’t matter how many friends tell them they’re wonderful. It only has meaning when it comes from an abusive girlfriend, boyfriend or spouse. This is also why codependents are susceptible to love bombing. The instantaneous excessive admiration is like a drug to an insecure codependent. After it stops, the codependent hangs on in desperation, waiting for a kind word from their tormentor so they can feel good about themselves again.

Depending on a partner to make you feel good about yourself guarantees you’ll feel bad most of the time. Every individual has to do the work for him- or herself. When you’re an emotionally secure, complete person, you won’t need someone to love bomb you in order to feel good about yourself. Nor will you tolerate disrespect, double standards and other toxic behavior from a partner. Abusers are parasites. A parasite needs a host to feed upon to survive. The host thrives without the parasite.

Personality characteristics that are conducive to satisfying, reciprocal relationships that endure are rooted in four fundamental prerequisites:

If we distill the three attributes discussed in this article, they’re manifestations of the four fundamental prerequisites. Think of all the hurtful, petty, crazy-making, selfish, immature, dishonest behaviors engaged in by your toxic ex and/or parent. What qualities did they lack that cause them to behave in such destructive ways? It’s likely because they lack one or more of the four fundamentals.

If you want to have healthy, happy, mutually satisfying relationships, you do so by finding someone who already possesses these attributes. Not by trying to make a hopelessly immature, unstable, self-absorbed, selfish, integrity-challenged person into someone they’re incapable of being.