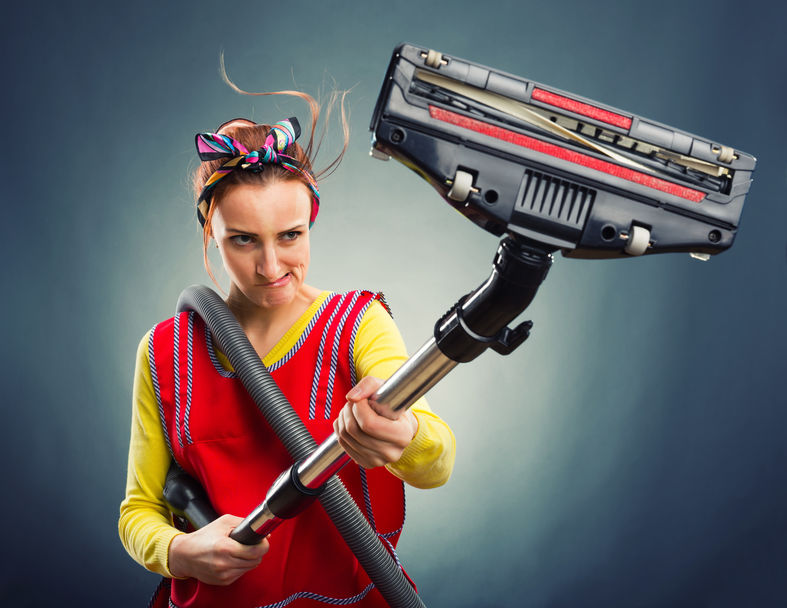 When relationships with narcissists and borderlines end, it often triggers fears of abandonment and losing control of you. Or, more accurately, breaking up intensifies their usual abandonment and loss of control fears. This can occur even when they’re the ones who end the relationship. Hoovers are an example of the NPD’s/BPD’s abandonment avoidance and control freakery in action. There are different hoover tactics used by narcissists and borderlines during and after a break up.

Basically, Hoovering is a manipulation driven by their primitive psychological fears. Not, as many of my clients want to believe, because the NPD/BPD partner or ex finally sees what a great guy or gal you are and can’t bare to lose the relationship.

Everything — and I mean everything — is about the narcissist or borderline. To paraphrase Barry White, “They’re their first, their last, their everything!” If you experience a Hoover during or after breaking up, please understand it has nothing to do with you, your worth and desirability. It’s about their fears that existed long before your relationship .

Borderlines’ and narcissists’ behaviors are typically driven by a combination of five fears. Depending on the individual, some fears are more pronounced than others. These fears include:

A Hoover is the borderline’s or narcissist’s attempt to reengage you and/or re-initiate the relationship during and after breaking up. Why call it a Hoover? Because, like the eponymous vacuum, the narcissist or borderline tries to suck you back into the relationship. Both female and male NPDs/BPDs Hoover. In other words, it’s not a gender issue; it’s their character pathology.

Hoovers can be premeditated and conscious. For example, staging “accidental just bumping into you” encounters. Imagine running into you here, where I know you are every Wednesday at 6pm!! What a coincidence!! It must be fate trying to bring us back together!

Or, Hoovers can be frantic unconscious patterns of behavior. Oh no! He’s breaking up with me!!!!! EMERGENCY BLOW JOB!!!! NEW CAR!!!!!! Promise ANYTHING!!!!!

While Hoovers usually occur during and immediately after a break up, delayed Hoovers are also common. Some clients’ exes resurface years or decades after the break up. In many cases, the borderline or narcissist is in between relationships, looking to triangulate with their current victim and/or have burned through all available partners and it’s your turn at bat again (i.e., small dating pool-itis).

Hoovers don’t last. The good behavior or promises to change are a temporary means to and end. In my experience, the more extremely saccharin the Hoover is, the more the narcissist or borderline punishes you for it later. What’s a “Nice Hoover?”

Nice Hoovers are a brief return to what you experienced during the love bombing stage. Some clients’ NPD/BPD partners take the lid of the nookie jar after a sexual drought. They flatter you in ways that would make a megalomaniacal dictator blush. Or, they lavish attention on you after regularly ignoring you, or treating you like an annoyance.

Whatever form it takes, it doesn’t last. Once the threat of divorce passes, you don’t just go back to the painful status quo. It’s typically worse than it was before. Why does this happen?

First, and  I can’t stress this enough, these individuals don’t change. Their tactics may change, but their characterological pathology doesn’t. Second, they resent you for no longer wanting to tolerate their abuse. You’re supposed to love them unconditionally, and that means not holding them accountable.

Third, they resent having to behave themselves. After a 14-month Hoover ended, a former client asked his then wife about the dramatic sudden return to her old behaviors and attitudes. She said, “Do you have any idea how hard it was for me to be nice to you?!?!” 14 months is an unusually long Hoover. It ended when she became pregnant with hostage #5. Poor guy’s vasectomy wasn’t 100%.

Different Hoover tactics used by narcissists and borderlines during and after a break up.

Hoovers aren’t all sugar, spice and everything sex. The different Hoover tactics used by narcissists and borderlines during and after a break up depend upon a target’s unique vulnerabilities. These vulnerabilities usually go back to unresolved family of origin issues. Sometimes they alternate between different kinds of Hoovers until you give in or give up.

The Something Bad Happened to Me Hoover.

It’s perfectly reasonable to reach out to friends and family in times of personal difficulty and crisis. For example, losing a job, cancer diagnosis, death of a parent, breaking your arm, little Janie’s ADHD diagnosis or being depressed. People who love one another support each other in these situations. Social support is a good thing!

The Something Bad Happened to Me Hoover is something else entirely. It’s not reasonable for an ex-partner who tried to have you arrested on false domestic violence allegations, pathologically lied to you, repeatedly cheated on you, emotionally, physically and financially abused you and is alienating your kids from you to reach out to the person they’ve harmed for support and sympathy. For that matter, oftentimes the “bad thing” that’s happening isn’t happening to them. It’s happening to their best friend’s cousin’s neighbor’s boss.

Sometimes, the bad thing isn’t actually bad by normal human being standards. “I can’t program my microwave clock!!! What am I going to do!!!” Or, the bad thing is an out and out lie. For example, several clients’ exes have claimed to have cancer and an array of other maladies.

The bad thing — real, fabricated or not that bad — is an excuse to make contact. It’s a preliminary fishing expedition that’s a prelude to the Hoover. In other words, if you respond with concern (or just respond at all), then the full blown Hoover begins in earnest. It’s a fishing expedition meaning they cast out the “something bad happened to me” bait to see if you’ll bite on it. So don’t bite on it. No more damsels and dudes in distress. And that includes ex damsels and ex-dudes in distress.

The Concern Hoover is one of the Hoover tactics used by narcissists and borderlines during a break up (and after). It’s a kind of Concern Trolling. The goal is to sow seeds of doubt, uncertainty, guilt, self-recrimination and fear. All the while claiming to have your best interests at heart. In reality, the Concern Hoover is condescending and shaming. Why are some people vulnerable to it? Because condescension and shame is what passed for love in their families of origin.

Why aren’t you responding to my texts?! I’m worried about you. It’s so unlike you. You’re so angry. You should see a doctor to be evaluated for depression, anxiety and bipolar disorder. You need medication. I just want you to be happy. This has to do with your fucked up relationship with your mother. This isn’t how the man I know and love treats me. A good man would forgive me and do the right thing. You’ve changed!

Maybe you actually are angry and depressed. Of course, it doesn’t occur to the narcissist or borderline that it’s a result of their abuse. In Narcitania and Borderlandia, there must be something horribly wrong with you if you don’t want anything to do with them. They’re blameless and you’re the one who needs psychological help, which may very well be true, but not for the reasons they think.

As a side note, when a NPD/BPD says, “You’ve changed” they mean, “You’re not letting me get away with my usual behavior.” When they say, “You need to go to therapy and get help,” it means, “You need to stop holding me accountable and go back to the way you were before, even if it means taking medication you don’t need and become a psychopharm zombie.”

As I write this, the Corona Virus pandemic has upended life as we know it. In addition to possibly becoming ill and dying, people are losing jobs, seeing their savings disappear, working from home while simultaneously homeschooling and a variety other devastating and, in many cases, irrevocable collateral damage. Predators see loss, fear and panic not as a tragedies, but as opportunities! Like a lion targets the impala with a limp on the Serengeti. It’s predatory behavior.

The National Emergency Hoover is also one of the Hoover tactics used by narcissists and borderlines during a break up. It’s a variation of the Something Bad Happened to Me, my Pet Goldfish, my Dad Whom I Don’t Talk to, my Best Friend’s Second Cousin’s Niece’s Coworker’s Neighbor’s Aunt Fanny Hoover and the Concern Trolling Are You Okay?!?!?!?!?! Because Blizzard, Hurricane, Wild Fire, Earthquake, your Mom (Whom I Always Hated) Died Hoover.

This is a tactic to reinitiate contact or attention seek under the guise of concern and/or “thought you should know.” It’s a manipulation tactic when you’re emotionally vulnerable due to grief, stress, illness or anxiety. When vulnerabe, you’re less likely to have your guard up. Also, if you’re a compassionate person, you may second guess yourself when feeling justifiably suspicious of the narcissist’s or borderline’s motives.

When non-disordered people reach out during a crisis, it’s normal. For example, reaching out to an old college roommate in NYC in the aftermath of 9/11. Reaching out to your cousin who lives in Puerto Rico after the hurricane. The big difference being these relationships aren’t abusive and exploitative. It’s about genuine concern rather than getting a foot in the door to repeat the old bullshit all over again.

Hoovers can be highly effective while you’re still in the relationship trying to get out. This is when you’re most vulnerable. It’s difficult to get sufficient emotional distance and clarity to leave. The narcissist or borderline won’t make it easy for you. They’re usually at their most relentless as you detach.

They will keep the pressure on full blast. Demanding answers and promises to stay in the relationship. Insisting you need to talk to them RIGHT NOW. All night if need be until things are resolved.  In other words, until you capitulate in a heap of emotional exhaustion. Otherwise you never really loved them! The guilt-ing, shaming and/or sexing you up may also intensify. Whatever your emotional Achilles heal is, that’s where they apply pressure.

The second most vulnerable period is in the first year after breaking up. This is especially true if you are trauma bonded and struggle with codependency. Many clients miss the person they fell in love with during the love bombing stage. It’s understandable to want to believe that person still exists. Except they don’t exist. They never did.

In Part 2 of this series, I’ll discuss the different fear, obligation, guilt Hoover tactics. I’ll also identify the characteristics that make you most vulnerable and suggestions for shoring up your vulnerabilities. Meanwhile, if you don’t share minor children, No Contact, No Contact, No Contact! 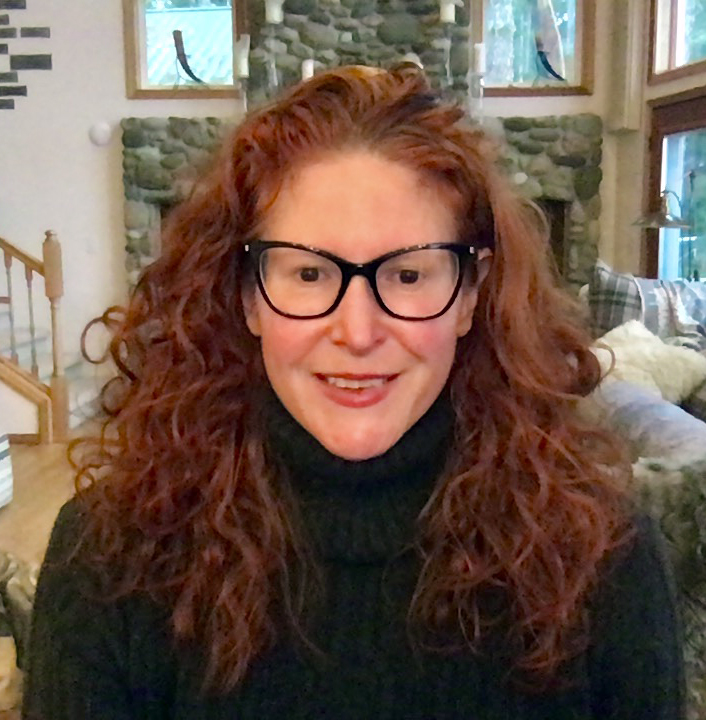