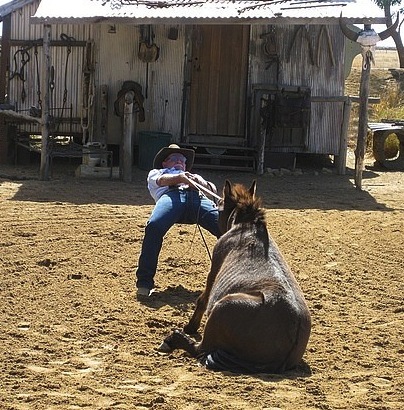 Many abused men who have made the difficult decision to divorce a high-conflict, abusive and/or abusive personality-disordered wife are rarely able to make a quick and easy escape. I commonly advise clients who are about to begin the divorce process to prepare for false allegations of abuse, financial chicanery (e.g., hiding funds, identity fraud, inflated and/or false living expense claims, etc.), a refusal or inability to articulate what the ex wants as a settlement and to expect countless, needless delays and blatant stonewalling tactics.

Dragging out the divorce process is an unfortunately all too common behavior in which high-conflict spouses engage. After you realize that your wife’s behavior is abusive and decide to get out, you most likely just want to get out and end it quickly.

No one in their right mind enjoys the divorce process. Divorce, even in the most amicable cases, is painful, stressful and involves a degree of conflict. Reasonably healthy and sane people want to get through the process as quickly and painlessly as possible, so they can fully begin to heal, let go and move on.

Not so for an abuser, high-conflict person  and/or abusive personality disordered individual, henceforth known as Crazy. These types not only seem to enjoy conflict, they revel in it and seek to prolong it, which means you’re at cross-purposes if your goal is to expediently and fairly resolve your divorce. For every conflict you try to resolve during the divorce, Crazy manufactures 10 new conflicts or flatly ignores attempts to resolve the issues.

In my experience, there are 4 factors that predict how difficult and lengthy Crazy will attempt to make the divorce process:

1. Control freaks don’t like losing control. Control freaks hate losing control and fight against it tooth and nail. Divorce represents the ultimate loss of control over you. It doesn’t matter if she’s the one who initiated the divorce; she won’t relinquish her “right” to screw with you at will without a fight.

What is she afraid of losing? Money, position, status, the children, you and what you represent in terms of her identity. The bigger the control freak, the harder she will fight to maintain her dominion over you, the children and the assets, which means the more likely she is to drag the divorce out.

2. “I’m entitled. You OWE me.” I don’t know exactly why these women feel they’re entitled. Perhaps it’s due to their unfounded belief that they’re “special” or perhaps it’s because many of them see themselves as perpetual victims to whom you and the rest of the world must make restitution. Crazy as it seems, this kind of woman believes you “owe” her because you had (infrequent) sex with her once upon a time, had children with her and, in many cases, afforded her the privilege of not having to go out in the world and support herself based on her own abilities.

In my estimation, many ex-husbands could make the same claims. If you sexually serviced your ex-wife, gave her your sperm and produced children whom she’s now alienating/denying you access to, and financially supported her for years while she hid out and hung out at home and the PTA, flitted from one low-paying go nowhere job to the next and/or financed her pie-in-the-sky small business ventures with your hard-earned money, your ex-wife owes you.

Shrink4Men Forum member, Frustrated403, describes the “you owe me” phenomenon this way:

Each time I confront mine about something she’s supposed to do according to our agreement, I get something to the effect of, “I owe you nothing.” It’s amazing how much I owe her (at least in her mind) and yet she owes me nothing. The sense of entitlement coupled with the fact that the gravy train is coming to the station must be very troubling to her indeed.

How do you know you’re dealing with a pathologically entitled ex-wife? She’s able to give you a laundry list of reasons, many of them contrived, of all the things she’s done for you, sacrificed for you, etc. However, when asked  about the factual things you’ve done and given up for her, it’s met with silence, negation and/or contempt.

These types believe they’re owed everything and owe nothing in return. Her faux sacrifices are biblical in scale; your legitimate sacrifices are meaningless or “what a husband is supposed to do.” The entitlement truly is breathtaking.

3. The “I sacrificed my career for you“ fallacy and hostile dependency. Giving up a mid-level $45,000/year career in Marketing is not a sacrifice; neither is giving up a job as an events planner, bank teller, sales associate, HR rep or nurse (a field, by the way, that is ridiculously easy to re-enter due the nationwide nursing shortage).

In fact, the real person who’s sacrificing their happiness, losing time with the children and being shouldered with all the responsibility in the marriage is the husband/father who must now worker harder and longer hours to support a wife who is able to work, but refuses to do so.

Hostile dependency is a developmental phenomenon that is technically supposed to occur in adolescence. A teenager’s two primary developmental tasks are developing a cohesive identity and individuating from their parents into responsible, autonomous beings. This can be a frustrating period for both teens and parents because the adolescent wants to be perceived as an independent adult, when in reality they’re still financially and emotionally dependent upon their parents.

Your ex wife is no different than the adolescent in the above scenario, except that she’s unlikely to ever grow up whereas there’s hope for actual adolescents. A Shrink4Men Forum member describes it this way:

They might hate us, but they know what side their bread’s buttered, so they don’t want to let go that easily. In fact, that might be part of the reason they hate us so much, the resentment at feeling they owe us or need us in some way. 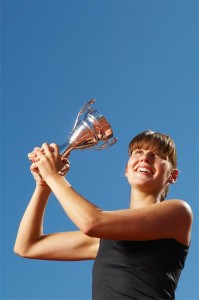 4. Winning, duh! The more sensitive your ex is to criticism, having her authority challenged and/or looking like a failure, the harder she’ll fight to be perceived as “the winner” in your divorce proceedings. The more she can take from you, including the love of your shared children (sometimes this type of woman will even try to turn your own family of origin against you), the more determined she’ll be to be seen as “the winner.” I believe their closed flawed logic system goes something like this:

I’m the victim; he’s the villain. Therefore, I should get all the money, assets, friends, family and children. If I don’t get everything, people might think I’m at fault. . . EGO ANNIHILATION! I must win to prove I’m the all-good victim and he’s the no-good S.O.B. Plus, he deserves to lose everything after the way he’s treated me. If I did anything mean it’s because he deserved it—including that affair with his business partner. Hmmph.

Unfortunately, there’s no winning in divorce; only various degrees of losing.

True victory comes after the divorce is finalized and is found in both partner’s ability to heal, let go and move on. This doesn’t include the typical Crazy posturing of “I’ve moved on. I’ve never been happier,” while they simultaneously drag out the divorce process. By the way, people who have really moved on don’t make a point of telling others, “I’ve moved on” because, newsflash, they’ve moved on. If you’re truly ready to move on, you don’t ask for more than your fair share, you don’t try to punish your ex and you don’t drag out the divorce process.

Furthermore, Crazy often refuses to see that by dragging out the divorce and wasting more and more money on attorneys and court costs, she is harming herself. The more joint assets that go to attorneys’ fees, the less she walks away with, which is why I believe the behaviors described in this post are pathological. In other words, Crazy, in her compulsive drive to punish you and “win,” often acts against her own interests, which is one of the definitions of Crazy.

The following passage was written by Shrink4Men Forum member, WoodytheSingingCowboy. He does an excellent job articulating the 4 factors and how they play out in a divorce with a high-conflict woman:

My theory about the delay and stall tactics is that it took them so long to find a man who would allow them this much control and with it a style of living they enjoy that they just can’t let it go because they fear they won’t find it again.

In my case, she is scared to death that she might have to take her job and her business seriously because it will be her sole source of income. This means that others have some measure of control over her because if she fails to perform to expected levels she could either lose or see her income reduced. In turn, that would mean loss of control in other areas. With my income around it meant she had no cares of how her work was received because if her income went down or was lost, she still had mine.

So with me gone, she will have to be like the rest of us and work with others to make our place in the world. I provided, and I believe many other men here did or do as well, a certain amount of buffer from the real world for these women. So losing us is not acceptable because they have to return to dealing with the real world.

So imagine the paradise they see if they can find a way to not only have their cake, but eat it too. I refer to being in the separation phase permanently because during this time they have your income and their own, your property and their own, the kids, and you out of their lives as they wish. So they have complete financial control, complete parental control of the kids, and they can torture the man at will and then send him away when they grow tired. This perfectly feeds their needs. So why wouldn’t they want to continue it forever and as such delay and stall for as long as possible?