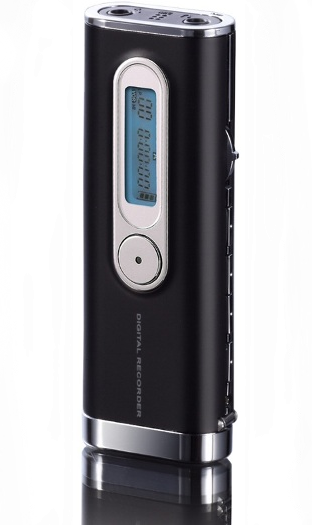 It’s day 18 of Domestic Violence Awareness Month for men and boys, the invisible victims of domestic violence. ABR (Always Be Recording) is advice every man or woman in an abusive relationship should follow — especially abused men!

ABR has helped many men avoid wrongful arrest and restraining order abuse due to the false allegations of an abusive wife, girlfriend or ex. It has also helped some men obtain custody of their children. Today’s In His Own Words is an example of how ABR helped to save one man and his children.

ABR Saved My Kids and Saved Me

My wife and I were together for over a decade. We had a whirlwind romance and were married 6 months after we met, even though there were several things I now recognize as red flags.

For example, she told me about how she had a car chase with an ex-boyfriend to “make” him talk to her. She confessed that she faked a suicide in order to try to manipulate him. Then there was the drama. There always had to be drama. She was attracted to it and created it when there was none to be had. And the biggest red flag of all, she actually told me, “You really shouldn’t keep seeing me, I am going to destroy your life.”

Despite these red flags and others, I was smitten. She was beautiful, fun and smart. Plus there was always something to get stirred up about in her life, and while it wasn’t fun, it was satisfying to be her “knight in shining armor,” to be the hero for a pretty girl.

Unfortunately, a professional victim must have a villain.

Though it took years to recognize it, things were bad, and kept getting worse. About 3-4 years into the marriage, things were bad enough that I felt very confused, but couldn’t talk to anyone about it because I just didn’t think anyone would believe me.  She was so confident, capable and calm in public! I was certain no one would believe what she was like behind closed doors.

She wasted away our first child’s pre-school years messing around with boyfriends on the Internet and obsessing over them, sneaking away to meet with them, etc.  It only got worse after our second child was born.

Day after day, I would return from work to an unkempt home, household shopping that wasn’t done and the baby strapped  into a highchair, parked  in front of the television with a bloated unchanged diaper, usually the one I put on in the morning before going to work. Once, our baby broke her arm trying to get out of the highchair (according to my ex). Did my ex take her to the hospital?

No, she put our baby in the crib with the OBVIOUSLY broken arm and let her lie in agony for several hours with the expectation that I would take care of her after I got home from work. Our two kids were mostly on their own. As time went on, our oldest child started to assume the responsibilities of parent to my wife and our youngest, or what psychologists call parentification, which is a form of child abuse.

Through it all, and year after year, I kept hoping things would get better. She would be better after she graduated from college. A new therapist would help her. New medication would make her better. A new house. More money. Fancier clothes. A bigger house. More time at home.  A new baby would make it better. Different medication. Different therapist, etc., but it just kept getting worse.

She started to beg me to help her commit suicide, and even begged me to agree to a murder-suicide pact. She would talk for hours about how easy it would be to turn the cars on and leave the door open to the house. She said we should just drop our youngest off at the hospital and never come back. She would scream for hours, mad raving screams until she was literally frothing at the corners of her mouth.

She kicked, scratched and slapped me regularly. As time passed, her physical violence escalated and became more frequent. The objects she threw at me became bigger, harder and heavier. She started to physically assault me in my sleep. Nothing is more startling or unnerving than being hit with something heavy and hard in your sleep. Try falling asleep with this thought in your head, “Is tonight the night she finds the baseball bat?”

But I was scared to leave, scared to divorce. No way I could abandon my kids to live alone with someone like that. I couldn’t let them be her next target. I was stuck because, as I mentioned, she was FINE in public. She was wonderful in front of her family. All the awfulness would disappear the moment someone was there to observe.

Worst of all, she can tell a lie better than most people can tell the truth. She believed her lies. To her, her feelings were reality. If she felt you were a villain then, suddenly in her mind, she had a whole villainous backstory for you, things you had done. She was clever enough to weave in dates and places and whatever she knew about you to make it seem more real. She would tell me things that I knew were lies, yet I would believe her or feel chilled by the fact it  that she believed it.

She wasn’t lying. She thinks she is telling the truth. If she felt like you did a bad thing, you did that thing even in the face of overwhelming evidence to the contrary.

I was also afraid to leave because she described the lies she would tell the police about me and anyone who would listen. She would describe in rich, vivid detail, stories that would get me barred from ever seeing the kids again, if not put in jail.

Somewhere toward the end of our marriage, I was in a bookstore with my wife and caught sight of a psychology book. Reading the title made my hair raise on end and my blood run cold with an odd recognition. “I hate you, don’t leave me.” Oh how often I had heard those words screamed at me in exactly that way and in so many other variations. It’s an odd, impossible phrase I thought no one would ever believe. [*THIS IS BORDERLINE PERSONALITY DISORDER]

Around the same time, I got my first smartphone with video and audio recording features. It occurred to me that I should ALWAYS have it on me. That my only chance of getting the children and I out of that hell was if I had proof.

I switched to pajama pants with pockets. I always had the phone on me. I bought many other little audio and video recording gadgets that could be turned on with a simple switch. I left them around the house and my car, ready to go in case something awful should start to happen.

I started to catch things here and there, sometimes a little video, usually some audio. Helpful things, but nothing that would be a slam dunk in court. I missed a lot of things that would have been even more helpful. It’s not always easy to Always Be Recording and it’s tricky to be discrete about it sometimes, but I kept at it.

Then one day, the nadir of our marriage, my ex had a full blown psychotic rage episode. She raged, screamed, broke things and hit me with enough volume, intensity and duration that our oldest child called a relative for help. Once my ex realized our child had “ratted [her] out,” she went nuclear.

She chased our child around the house until the child hid in the bathroom. Then she grabbed a 9-inch butcher knife and tried to break down the door of the room where our child was hiding. I was able to intervene at this point, and got her to back away from the door to the other side of the room while I backed away to another corner of the room.

She was frothing at the mouth and screaming at our child, “Come out here and see what you did! Come out here and watch! Watch what you are making me do!” as she raked the dull side of the knife across her own legs. She demanded that our child come out to see his mother stab herself.

Eventually our child came out for a moment and my ex continued screaming. Then she lunged at our child and chased him back into the bathroom, still with the 9-inch butcher knife in hand and froth on her lips. I intervened again and got a small cut on my hand for the effort.

I knew I could disarm her without either of us getting seriously hurt. However, I was pretty sure it would leave a bruise on her arm, which would, of course, play into the lies she threatened to tell the police. Then it occurred to me, “This is what the police are for.” So while she was looking away, I took the house phone off the cradle and dialed 911.

Next, I loudly started saying, “WIFE’S NAME, please put down the knife” and repeated it over and over. She continued raving for what seemed like an eternity, then the doorbell rang. Like a light switch being flipped off, my ex immediately calmed down, put down the knife and began arranging her hair. She calmly asked, “Oh, who is at the door?”

I opened the door and five very anxious looking policemen with weapons drawn were standing there.

My ex began to lie to the police, but her lies didn’t work this time. I got it all on video. And my children and I, we got away.

Sometimes people tease me about how much I love my phone, how much I love little recording devices and that I buy so many. I just smile and nod. I don’t explain. How else am I supposed to feel about something that saved my life and rescued my children?