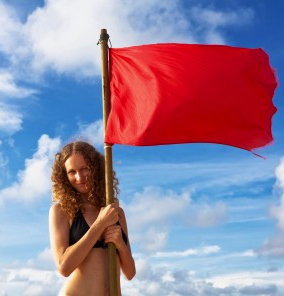 Kiwihelen shared a video on the forum this week that left me shaking my head. The video calls to mind the wikihow post, How to Isolate your Boyfriend.

I don’t know if this video is a joke or a glimpse into the mind of a woman who believes that lying, game playing, planting seeds of jealousy and insecurity and manipulation are acceptable courtship and relationship behaviors.

This video is actually a pretty good compendium of red flag behaviors to watch for while treading bilge water in the dating pool. VideoJug seems to be offering it as an instructional how-to dating video for women. In reality, what the producers of the video have created is a watch-out-for-women-who-engage-in-these-behaviors cautionary video, so thanks VideoJug!

How to Manipulate Men: Mind Games for Bad Girls (All is fair in love and war, so get out there, get manipulating, and work for what you want.)

Here’s the video script and my counterpoints:

Step 1: Play hard to get

Don’t rush to pick up calls from your guy, what do you think message services were invented for? He’ll leave a message, but don’t reply for a least a couple of days. If you make him think you’ve got more important things to do – he’ll just want you more. This is such a good tactic that we’ve made a whole separate film about it.

Be Genuine. What you want in a date and a potential mate is someone who shows you basic common courtesy and who doesn’t leave you guessing or wondering about her or his interest. A little mystery can be enticing, but returning calls and messages in a reasonably timely manner shows respect and interest.

Game players are best avoided. You don’t want to be with someone who believes messing with your head is sport or gains them some kind of tactical advantage over you. The games rarely stop, in both marriage, divorce and custody issues.

Now you’ve got his attention, chuck him a bone and stroke that ego – just don’t get the two confused at this stage. Tell him how great he’s looking, or how impressed you are with his knowledge of those tricksy computer games. Flattery works especially well when combined with step 1: playing hard to get. Build him up, knock him back, build him up, knock him back. Look how confused he is – now your winning.

Sincerity Counts. There’s a fine line between flattery and love bombing. “Chuck him a bone.” Do you want to be some woman’s dog who patiently sits, waiting to be thrown a scrap of affection?

Knocking you back or tearing you down can undermine your confidence and esteem and lead to paralyzing feelings of self-doubt and dependency. A woman who does this is trying to weaken you in order to control you better and make you dependent upon her.

This is straight forward. You know what he wants, but he won’t be getting it until you get what you want first. This tactic does mean you too could spend some time without getting, err… satisfied. But who care when there’s a Tiffany’s bracelet at stake.

Transactional Tartlets. This “tip” advocates having a transactional relationships. It’s also what prostitutes do: have sex for money and trinkets. If a woman you’re dating has a “no money, no honey” policy, do a quick wallet check and then run in the opposite direction.

Repeat after me; Never. Stop. Flirting. If he thinks other men are after you he will just want you more, like a shiny, glamorous trophy he’s trying to win. As soon as he catches a whiff of competition he’ll be bending over backwards to make you happy.

If there’s no one in vicinity to flirt with simply talking about other men will send him into a jealous rage, tell him about; ‘Brad’ who’s a ‘great guy’ that you ‘always hang out with.’ Or go that step further and send yourself some flowers from ‘a secret admirer.’ Forget honesty and self respect – they won’t get you anywhere

If your date or girlfriend openly flirts with other men in front of you, she’s being disrespectful. This is cruel behavior designed to make you feel insecure. What’s more it’s a cheesy, high pressure, old marketing con. Act now while supplies last! 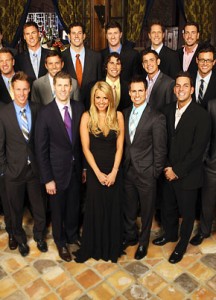 Something else to ponder, how do you think Flirty Felicia would respond if you started chatting up other women while you were out? Many women who think it’s okay to make men jealous in order to snag them are a Double Standard Divas. In other words, it’s okay for them to flirt with other men, but heaven help you if you do the same with other women. Why? Because it’s different when she does it!!!!!

A woman who engages in this kind of behavior is trying to make herself look like a rare and valuable commodity by using other men to play on your insecurities. A loving partner wants you to feel secure in her affection, she doesn’t play on your fears. If a woman you’re dating makes it a point to tell you how many men want her, let ’em have her — unless you want to be a contestant in her version of The Bachelorette.

What would little-ickle you know about changing a tire. Heavy shopping bags? If only you were stronger. And as for balancing your bank account – those number just plain make your head hurt. Yep, it’s setting the woman’s movement back about 100 years, but it gives you a break.

Be Smart. You want a partner who knows how to balance a checkbook and how to look after herself. Period.

It makes no difference if she really is that helpless or is feigning helplessness. She’ll eventually become a dead weight in your relationship, especially if you marry and breed with her.

Poor wittle-little-ickle me get a job? You’re supposed to take care of meee! It’s so hard being a stay-at-home-mom! You need to do all the housework I didn’t do when you get home from work! And, by the way, you never spend anytime with meeeee! All you do is work! You just may be looking at future spousal support and child support succubus. RUN. Run like the wind and let her find another nursemaid/janitor/ATM/babysitter. Trust me, you do not wnat to legally bind yourself to a hostile dependent.

If all else fails, resort to what you learned from an early age; turn on the water works. Not proper ugly bawling, just those pretty little sobs. Men are scared of crying women, they will do anything in their power to make you stop. Just remember not to go too far or he might start to think you’re a bit high maintenance. Oh well, plenty more fish in the sea.

Boo-Freaking-Hoo-Hoo. Fellas, you really need to learn the difference between genuine sadness and pain, crocodile tears and other tears of manipulation. If a woman cries because you tell her no or because you’re holding her accountable for something hurtful she’s done, you’re being played.

You also need to learn the difference between real crying and fake crying for attention. Kids fake cry for attention as do many grown women. I know it’s uncomfortable watching another person cry, but steel yourselves to this. Crying, whether it’s legitimate or a manipulation, is, well, it’s a cry for you to do something.

Make me happy. Comfort me. Buy me the house I want. Don’t leave me. Don’t hold me accountable and make me face the consequences of my behavior.

Figure out what is causing the tears. For example, if your girlfriend’s grandmother just died, she’s probably crying because she’s genuinely sad and it’s okay to comfort her. Although, there are some women (and men) who will use a death in the family or an illness to manipulate others into “not abandoning” them, etc.

If your girlfriend is crying because you can’t afford to take her on your business trip to Brazil or because you found sexts from another man on her iphone, she is manipulating you — consciously or unconsciously. If you want to test the genuineness of her tears, don’t waver in holding her accountable or your no. If you hold firm, you will be surprised how quickly her tears turn to rage, threats and/or other forms of manipulation and intimidation.

Thanks again to VideoJug for the unintentional addition to dating red flags!