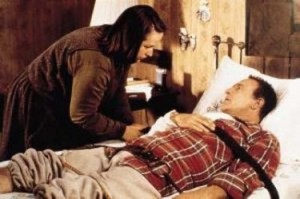 How to Isolate your Boyfriend is an actual how-to article on wikiHow, I kid you not. Follow the link if you don’t believe me. It’s located in wikiHow’s Relationships/Dating/Commitment Issues category. Although, it would be more appropriate in the Should be Committed to a Lockdown Psychiatric Facility or DIY Psycho categories, if such categories existed on wikiHow, that is.

As I read it, I hoped that it was a gallows humor type joke. The post is nominated for deletion with the reason of “mean spirited activity.” The step-by-step instructions begin with the following caveat:

Of course, in a normal relationship, you should never isolate your boyfriend in any way as that is cruel and selfish. Only make plans to “isolate” him if you have a very good reason to do so. There are a few reasons to isolate your boyfriend; perhaps you simply don’t like his friends, or perhaps you want to eliminate all competition for his attention. If you want to have an exclusively close relationship with your boyfriend, isolating him from all other contacts is the most effective way to do it.

Don’t forget, however, that there are much more normal and healthy ways to strengthen your relationship. But if you really want him all to yourself, and feel that the ends justify the means, this is the way to do it.

Only make plans to isolate him if you have a very good reason to do so. Like, you know, if you don’t like his friends or if you want all of his undivided attention because you’re insecure, needy and pathologically manipulative. Nearly every “Am I in an abusive relationship” checklist, quiz or inventory includes isolation from family and friends as a huge, honking red flag sign of abuse. Therefore, this article is a how-t0 abuse your boyfriend article. Over the last two years of writing Shrink4Men, I’ve joked about there being a mythological playbook that female abusers use—looks like there actually is a how-to abuse your boyfriend/husband resource.

1. Be tolerable to your boyfriend’s friends. They don’t have to love you, but you must give the impression that you are at least trying to accept them. Ask them about their interests and social lives; feign interest and act very understanding and amiable. Earn their trust.

This shows premeditation. It’s instructing its audience to deliberately pretend to be someone she’s not. Many abusive personalities disarm you with charm and pretend to have similar interests and tastes—at first. Next step:

2. Wait. You will need to wait an indefinite amount of time. Waiting is a good idea no matter what; perhaps you will realize that isolating him isn’t necessary, or perhaps you will grow to like and accept his friends. If not, the waiting period will ensure that you have time to adequately establish yourself as innocent. Tell your boyfriend repeatedly that you love his friends. During this time period, you should also gather information about his friends from whatever sources you can, but make sure you seem benign. You cannot risk anyone catching on- at least not yet. 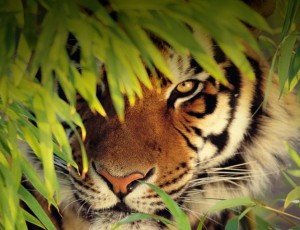 Predators lie in wait, biding their time and striking at the perfect moment. Next step:

3. Recognize your opportunity. Every friendship has its conflicts, especially close friendships. Everyone makes mistakes. One of your boyfriend’s friends is bound to make him angry at some point. Wait until this happens, and then spring into action. If you can wait until two or more of his friends have upset him, even better. Once his trust is broken, and he is angry at his friends for something he knows you didn’t cause; this is your time to strike.

Again, this is very predatory behavior. Next step:

4. Make up several instances where your boyfriend’s friend/s have betrayed him in the past. Make sure your stories are believable and cannot be proved wrong. Perhaps tell him that you “overheard” a friend badmouthing him. You want him to feel as victimized as possible, so make sure you spend at least two hours lying to him about various things you “heard.” Play off of his insecurities if you can. Perhaps you know he is self-conscious about being left out, for example; tell him that you overheard his friends discussing a plan to intentionally leave him out.

It’s scary, but there are people out there who are this calculating. Next step:

5. Pretend to be extremely supportive to your boyfriend. Comfort him by telling him it wasn’t his fault. Explain that sometimes the world is just filled with bad people. Tell him that for now, he should just ignore all of the people that hurt him. Say, “Aren’t you glad we have each other?”

Explain that sometimes the world is just filled with bad people. For instance, the kind of person who would deliberately isolate her boyfriend from his friends and family who care about him. Next step:

6. If you can, pretend to be the mediator. Talk to his friends and intentionally misconstrue their words. You must not lie outright; you must MODIFY their words and intentions. An example: Perhaps they will say “I just want to know what I did wrong”- tell your boyfriend that they said, “I just don’t think I did anything wrong.” Small changes have big impacts.

And later, if she gets busted, she can pretend she made an innocent mistake or “heard wrong” or “misunderstood.” Next step:

When a woman does this, it also serves to strengthen the relationship bond. Her boyfriend thinks he’s defending her/rescuing her from his “jerk” friends, which helps eliminate any cognitive dissonance he may be experiencing due to forsaking his friends and family. Many men don’t stop to think, “Is this out of character for my friends and family? Have they ever treated any of my past girlfriends like this? What’s different this time?” The difference may very well be that he’s involved with an unscrupulous sociopath. Next step:

8. Lash out against his friends in small ways that are not possible to prove. When they confront you, cry to your boyfriend that they are accusing you of things you never did. Make sure you actually cry.

Infants learn very quickly that the quickest and most effective way to get attention and/or to be comforted is to cry. Crying secures the attachment and elicits caretaking from others. Many abusive women, especially if she’s psychologically immature, turn on the waterworks to get her boyfriend/husband to soothe and reassure her when she’s done something wrong, hurtful or underhanded or to get him to back-off altogether if he’s getting too close to the truth. Next step:

These women should be CIA operatives. Next step:

11. Let him find you crying randomly. Tell him that you’re just so hurt by his friends and what they’ve done to him.

The first time I read this article, I felt like my head was going to explode after reading step 11. Next step:

12. Tell him stories of all the fun his friends have been having without him while he hasn’t been around. Emphasize that they don’t miss him. If they try to tell him that they do miss him, act appalled and say “Can you believe it? They say they miss you, but they don’t even really care that you’re gone.” Cry for him.

As disturbing as this garbage is, it really gives a glimpse into the personality-disordered, particularly the ones who border on sociopathy and/or are full-blown sociopaths. This is how they think or, if they’re sociopaths in denial, they convince themselves that their lies are true and that their manipulations are justified. Next step:

13. As time passes, mention his friends less and less. Encourage him to ignore them. Introduce him to your friends. Suggest that he should just hang out with them from now on.

And this is how an abusive woman isolates, indoctrinates and brainwashes her target into her highly monitored sphere of control. Again, some of these individuals do this unconsciously—it’s a gift. They’re bumbling and budding sociopaths. The ones who engage in these behaviors with premeditation and deliberation are full on sociopaths and are dangerous. If they’re willing to do these kinds of things to gain control over the object of their “affection,” they’re also capable of doing far, far worse. Next step: 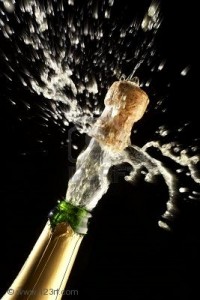 Bottom line: If your girlfriend or wife starts trashing your friends and telling tales that seem out of character, go directly to the source. Past behavior is a good predictor of present and future behavior. If your friends and family have been caring and supportive throughout your life and you’ve never had a reason to mistrust them before, it may very well be that your girlfriend/fiancee/wife downloaded this how-to article to her iPhone.

The how-to concludes with the following Tips and Warnings:

Okay. It’s supposedly a gag, although it’s still not funny. Nevertheless, I wonder how many women/men arrive to this how-to because they’re seriously looking for instructions on how-to isolate their partner? Also, was it flagged as “mean spirited” because isolating your boyfriend from his friends is a terrible thing to do? Or was it flagged as mean-spirited by a woman who was actually seeking tips on how to isolate her boyfriend and was upset by the “you’re a terrible person” admonishment? Guess we’ll never know.