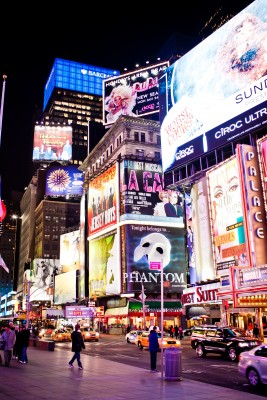 Why did she treat me so bad? How can she move on to the next guy so quickly? What does he have that I don’t have? What if I’d only done this instead of that ? What if I’d said x instead of y? Did she ever really love me? She says she’s never been as happy as she is with the new guy. Why couldn’t she be happy with me?

Being in love with an abusive, high-conflict  narcissist, histrionic, borderline or psychopath (regardless of gender) can do a number on you. Whether you were together 5 months or 25 years — it doesn’t matter. An abusive partner can undermine your confidence, destroy your self-esteem, destroy your career, damage your other relationships and cause a host of other detrimental physical and emotional problems. Neither Crazy nor abuse are gender issues. Recognizing these issues and providing support to those in need is a societal gender issue, unfortunately. In other words, as a collective we do a poor job of recognizing and supporting the very real issues of men in relationships with abusive partners.

Many men and women are unable to move on after ending a relationship with a toxic partner. They ruminate, obsess and replay the relationship over and over again in their minds, trying to make sense of what happened and what they could’ve done differently to live “happily ever after.”

If this is where you’re stuck, please understand there is no happily ever after with these individuals. Your happily ever after is getting away and staying away from them, understanding what attracted you to them, why you tolerated it for so long, healing, getting yourself and your life back and moving forward without looking back.

Consider your own experiences. If you’re a trauma bonding codependent, you’ve likely repeated relationship patterns, too. How many selfish, self-absorbed, emotionally immature, emotional reasoning, exploitative, one-sided relationships have you been in with partners who ultimately don’t care about you, your wants, needs and feelings? If the answer is more than one, you have a type. And your type isn’t healthy for you.

Men and women who follow Shrink4Men frequently remark upon how similar to their experiences the behaviors and qualities described in the articles and videos are. Do you have a camera in my house? It’s like you’ve written the story of my relationship! To me, these similarities are most likely indicative that there may be a personality disorder at play, because the similarities are so striking and uncanny.

It also means that the crazy and abusive behaviors you’ve experienced aren’t personal.

It wasn’t you. You didn’t make her crazy. You didn’t make him be abusive. You’re not cause of their issues. You can’t fix her or love him to health and wellness. Love does not conquer all and it certainly isn’t the cure for narcissistic, sociopathic, histrionic and borderline behaviors and disorders.

I repeat, the abuse wasn’t personal. You were just an object. A prop in the scripted reality psychodrama this kind of person has going on in their head, in which she’s the long suffering victim/heroine and you’re the piece of garbage, loser-villain. She is engaging in repetition compulsion. If you have a pattern of getting involved with Crazy, you’re probably engaging some combination of repetition compulsion, codependency, trauma bonding, seeking secondary gains and avoiding secondary losses.

If you’re still having trouble understanding and accepting that your partner or ex isn’t going to magically transform and be wonderful with the next guy, hopefully, the following simile will help. Think of your wife/husband, girlfriend/boyfriend or ex as a Broadway play — Crazy Bitch (or Dick) the Musical! Perhaps this comparison is puzzling to you. What does my ex have in common with a play?

Some shows have been running on Broadway for decades. For example, West Side Story has been in and out of production since its premiere in 1957. The actress who played Maria in West Side Story 50 + years ago isn’t the same actress on stage today.

Even though the actors have changed, the story and the story’s ending haven’t. The voices are different. The delivery is different, but it’s the same song and dance every performance and the same ending; Tony dies and Maria cries.

Relationships with abusers are similar in this respect. Think of your abusive ex or current partner as Crazy Bitch the Musical! or The Ice Queen Cometh or The Drama King or Entitled! or I Love You, You’re Perfect, Now Change! You’re just another hopeful up-and-comer cast in the role of hero/rescuer/knight in shining armor/undeserving villain/screw-up/loser to her victim/waif/queen/I’m too good for you and you don’t deserve me/”fiercely independent” diva. You get to have your turn on the boards and so will the next guy and the next guy and the next guy, but it’s essentially the same damned script over and over again.

If your wife, girlfriend or ex was a Broadway play, it might go a little something like this:

Congratulations! You’ve been chosen to play the romantic male lead, Tom Dickenharry, to the female heroine, Mimi* Furst, in the stage production, Crazy Bitch the Musical!

Act One. Mimi Furst is the beautiful, fragile damsel in distress. Her dad was abusive. All her boyfriends and husbands were abusive, but Tom Dickenharry is different. He’s special.

No one has ever been so kind to Mimi. No one has ever treated her so well. She’s never felt such a strong connection to a man before. She never went to bed so quickly with a man before (wink, wink, nudge, nudge). Tom is her true soul mate (as opposed to the 7 other soul mates she dated before him). Tom will show Mimi that not all men are jerks and he will treat her with such love and tenderness that she will learn to trust and love again. Ah, the love bombing . . .

Mimi and Tom embrace sharing a passionate kiss as the stage lights dim and the curtains close.

Act Two. Mimi Furst and Tom Dickenharry get married after a 6-month whirlwind courtship. They welcome their first child into the world 8 months later, Goldie Furst-Dickenharry of the Golden Uterus matriarchal line.

Alas, Mimi’s love soon turns into contempt. Nothing Tom does is right. He works too much, but doesn’t earn enough money to support Mimi’s spending. Mimi refuses to get a job to help with the finances even though Goldie is enrolled in school full-time. Mimi reminds Tom he promised to take care of her and protect her from having to deal with reality and adult responsibilities.

In a futile effort to win back Mimi’s love and adoration, Tom buys a house he can’t afford. He buys her a blinged out SUV even though they live in Miami where it doesn’t snow and Mimi only travels 1.6 miles to Goldie’s school and Zumba. Tom works longer hours and takes care of Goldie when he comes home at night and the household chores because he has no idea how hard it is being a stay at home mom with a nanny!

Mimi claims Tom doesn’t love her and accuses him of having affairs when he gets caught in traffic and arrives home 10 minutes late from work. The harder Tom tries to make Mimi happy and prove his love, the more unappreciative and cruel Mimi becomes.

Act Three. While Tom is fixing Mimi’s computer, a message alert pops up. Tom recognizes the name. His heart sinks. Mimi’s been communicating with ex-soul mate and abusive jerk #1, Joey Suckah, on Facebook Messenger. Tom reads messages from Mimi to Joey in which she describes Tom as abusive, cruel, lousy in bed, uncaring, cheap, and a terrible father. Mimi writes that she never stopped loving Joey Suckah and that it is his touch and his touch alone that makes her feel alive and if only there was a way for them to be together.

Heartbroken, sad and angry, Tom confronts Mimi about her affair with Joey. Instead of responding with remorse and contrition, Mimi erupts. She lashes out at Tom.

Who does he think he is?! How DARE he read her private emails?! Mimi accuses Tom of being a paranoid, disgusting, perverted creep who has trust issues. How DARE Tom violate her privacy!? It’s Tom’s fault Mimi had to turn to another man. Mimi screams that she’ll never be able to trust Tom again for discovering her affair.

Tom reminds Mimi of all the horrible things she told him about Joey Suckah when they first met and fell in love. Mimi snarls in rage that she never said any such thing about Joey. Tom is making it all up! She exclaims Joey is a real man and if Tom doesn’t watch his mouth, she will take HER daughter, leave him and he’ll never see Goldie again.

Tom begs. Tom pleads. Tom apologizes to Mimi for being angry about her affair. He promises to work harder to give Mimi “the life she deserves.” He promises he’ll go to therapy to fix his trust issues. He promises her the world, if only they can go back to the way things were. Mimi smirks and says nothing.

Three days later, Tom arrives home from work to find a police car in his driveway. The officers tell him he’s to collect his personal belongings and that he needs to find another place to stay. You see, while Tom was at work earning money to provide for Mimi and Goldie, Mimi went to the courthouse and obtained an ex parte restraining order because she’s “afraid” of him — even though Tom’s never been violent toward Mimi nor has he ever threatened violence. The police tell Tom he can’t be anywhere near Mimi or Goldie and recommend that he get an attorney. Dim lights on Tom and police.

Stage lights on Mimi and Joey Suckah sharing a romantic dinner. Mimi tells Joey that her dad abused her. All of her boyfriends and husbands abused her, but Joey Suckah, aka the recycled new Tom Dickenharry, is different. He’s special.

Mimi may not marry and/or divorce the new Tom Dickenharry, but the same narrative will play out again and again. There are different variations to this tale depending upon the individuals, but it is a narrative or script. This kind of individual casts you into a role that has nothing to do with who you are in reality. You will be devalued and  force fit into the role of villain after the love bombing or idealization stage ends. It’s only a matter of time.

The only way this script changes is if “Mimi” becomes involved with another abuser. Then she really will be victimized instead of play acting the role of victim. Did your rescuer impulses just switch on while reading the previous sentence? If so, put your noble steed back in its stall and lower your lance.

Instead, stay clear of them while they cannibalize each other and get on with your life. If you share a child, gather evidence to show the court that the mother/father is endangering the child by exposing them to an abusive environment. But whatever you do, don’t get in between the two loons and their “love.”

* Thank you to whenthescapegoatquits for the double entendre, “Mimi” (me me), the perfect name for a female narcissist.

** After posting the article, some commenters and I came up with the musical score. Songs include: