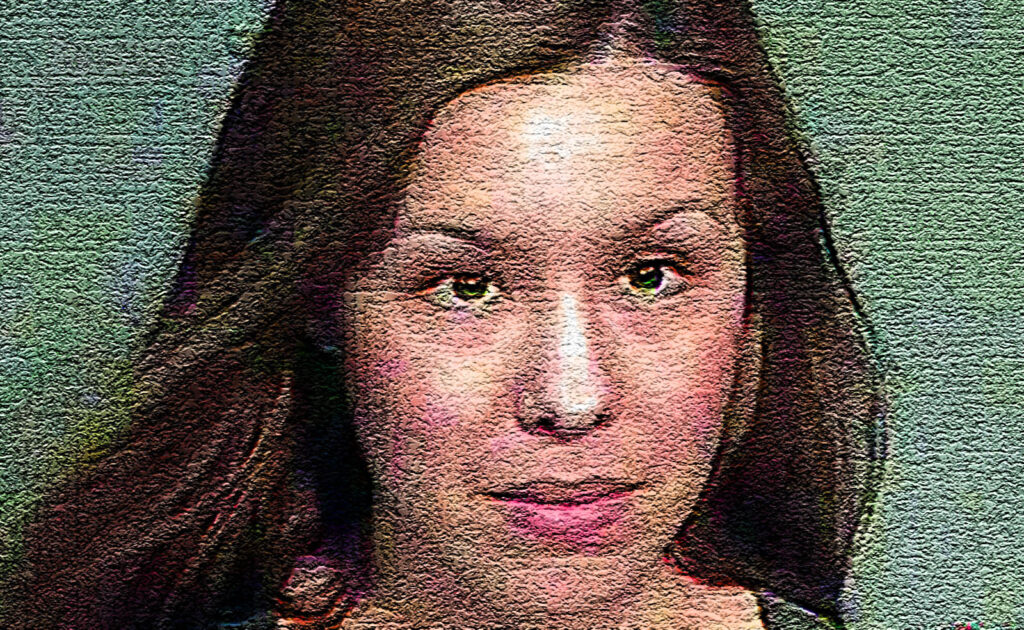 Now, almost exactly nine years later since posting the original version of WTF Fatigue: Jodi Arias 1 and 2, society’s a little savvier about personality disorders. Just visit YouTube — everyone’s an “expert” on narcissism these days! Subsequently, it’s fascinating to examine the similarities between the personality traits of Jodi Arias and the successor to the borderline personality disorder diadem, Amber Heard. At least in terms of court room drama and their similar inability to stop shooting themselves in the foot with their mouths.

Both Amber Heard and Jodi Arias are pathological liars, albeit bad ones. They both claimed to have PTSD when, in reality, they have borderline personality disorder (as well as other comorbid characterological issues). Additionally, they’re both violent predators who tried to escape justice by pretending to be domestic violence victims of the men they abused. And, in Jodi’s case, murdered. What’s more, they thought they’d be believed and evade consequences by virtue of being women. Happily, “But I’m a woman,” as a defense ultimately didn’t work in either of their cases.

Inevitably, the constant coverage of America’s psychopath Jodi Arias, her lack of remorse, her claims of being a “survivor” while ex-boyfriend, Travis Alexander, lies six feet under and her list of mitigating factors as to why she shouldn’t receive the death penalty for his murder has induced a new mental health condition in me. WTF Fatigue. WTF Fatigue: Jodi Arias, 1 is the result of this heretofore unknown condition.

In the unlikely chance you’re unfamiliar with the case, Jodi Arias stabbed her ex-boyfriend, Travis Alexander, 27 times while he was in the shower. After which she shot him in the head and slit his throat nearly to the point of decapitation. She did this with malice and forethought after having sex with him in May 2008. What a reptile.

Jodi Arias is no victim. Sex was a tool to manipulate and control.

Women who feel “used for sex” — especially when they’re quick to jump into bed — are showing you they’re transactional. They only give with an expectation of getting. Sex is a form of currency to them. If you have sex with this kind of woman, she believes you owe her. Arias didn’t get what she wanted in return for sex from Travis. He paid with his life. 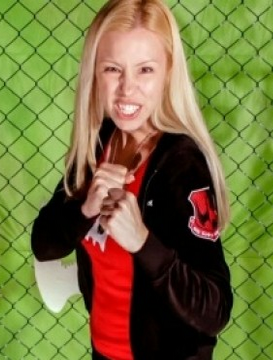 Psychopath TV – All Jodi! All the time!

When I first read about the Arias case, I thought to myself, “Oh, another sociopathic borderline. I wonder if she’ll claim to be the real victim and manage to get off?” Miraculously, the Arizona jury didn’t buy the Woman Victim Card and found her guilty of first-degree murder.

The following WTF’s are in the order of Jodi’s plea for leniency to the court after receiving a guilty verdict with a potential death sentence.

Jodi’s response to the guilty verdict? She said she felt “betrayed” by the jury. There were multiple previous WTF’s. This particular WTF is when I officially began counting.

WTF #1: The jury “betrayed” Jodi by finding her guilty of crimes she admits committing.

Specifically, Arias said, “It felt like a huge sense of unreality. I felt betrayed, actually, by the jury. I was hoping they would see things for what they are.”

Unreality? You mean like when Travis’ family and friends learned their loved one was butchered and left for dead in a pool of blood? In true sociopathic BPD fashion, Arias showed zero empathy for her victims and their feelings.

She reserves compassion and pity exclusively for herself. To state the blindingly obvious, murder is a crime. Seems to me, the jury would have betrayed Arizona law by acquitting her. Travis’ murder was neither a crime of passion nor self-defense. It was premeditated murder.

“See things for what they are” translates to, “Believe my persuasive blaming and victim-speak, and let me get away with murder.” Arias seemed to expect the jury to believe her contradictory, fantastical testimony instead of the evidence.

She counted on jurors believing her emotionally-charged BS instead of the facts. But why wouldn’t she?

There are many women who get away with murder — figuratively and literally — in Family and Criminal Courts everyday. Just look at the prosecution and sentencing discrepancy in male vs. female rates for similar crimes. Not to mention, women are the “winners” in the majority of custody cases.

In this respect, I suppose Arias did feel like she got a raw deal, despite being convicted of crimes she admitted committing. She’s a woman and a borderline after all. Therefore, she should’ve been exempt from the consequences of her aberrant behaviors.

WTF #2: Jodi the Martyr would prefer death to jail. She seeks “ultimate freedom.”

Arias told Fox affiliate KSAZ, “I would prefer to die sooner than later. Longevity runs in my family, and I don’t want to spend the rest of my natural life in one place. I believe death is the ultimate freedom and I’d rather have my freedom as soon as I can get it.” This is a textbook borderline all-or-nothing-feel-sorry-for-me emotionally manipulative statement.

Sure enough, at her conviction two weeks later on May 21, 2013, Arias back-peddled. In an unsurprising turnabout, Jodi peacocked for mercy before her sentencing. Her attorneys must’ve clued her into the possibility of appellate court and being released after 10 years — give or take for good behavior.

Arias wasn’t under oath while making the following statements to which I’m responding in this article. Not that being under oath stopped her from lying throughout the entirety of the trial.

WTF #3: Jodi hurts for herself.

Jodi’s never apologized to Travis’ family. She said SHE feels bad for hurting them. That SHE felt “destroyed” knowing her actions might’ve contributed to Travis’ grandmother’s death during the trial. She said she didn’t mean to hurt them. Yet, she did. Funny how the murder of a beloved family member does that, isn’t it?

I believe Jodi honestly didn’t mean to hurt Travis’ family. She meant to hurt Travis. His family was just collateral damage to Jodi and her borderline rage.

Intention does not negate consequence, though. Her feelings for herself are irrelevant. Like many Cluster B personality disorder people, her point of reference is her own.

WTF #4: Jodi thought about killing herself, but didn’t. She didn’t want to put her family through what she put Travis’ family through.

Arias claimed she contemplated suicide after being arrested. And, that she wrote numerous goodbye letters to her family. She said she didn’t go through with it, however, as she wanted to spare her family the same pain she inflicted upon Alexander family. WTF.

What a sensitive, caring person she is. Much like some BPD/NPD mothers who, after losing a custody dispute because of their crazy and abusive behavior, murder their kids and thenbungle their own half-assed suicide attempts. Jodi was never a serious suicide risk. She seems the type to stage a suicide attempt for sympathy and attention.

Then, Arias confirmed my hypothesis about her attorneys explained that a life sentence doesn’t necessarily mean “life” — especially if you’re an attractive, young woman.

If you elect me your junior high student body president, I promise to . . .

At this point, the WTF’s came fast and furious when Jodi rolled out an overhead projector for a psychotic This is My Life. Arias argued that she shouldn’t be put to death because of “all the good” she could do if she’s allowed to live.

WTF #6: Jodi promised to grow her hair and donate it to a wig charity for cancer patients.

She claimed she’d already done this three times since her incarceration in 2008. She’s a real philanthropist as far as psychopathic, borderline personality disordered murderers go. WTF.

Arias claimed that since she’d been in jail, she’d received scads and scads of emails and letters from women asking her to teach them Spanish. Had these women never heard of Berlitz? And, by the way, WTF. Due to the trial keeping her so busy, Jodi said she hadn’t as yet had time for her bilingual pursuits. If allowed to live, she promises to teach her fellow inmates Spanish. ¡Ay, caramba!

What’s more, this program wouldn’t only helped the women’s prison. “It is one small thing that could have a far-reaching positive impact on the community and the planet.” Goodness gracious, the grandiosity. Jodi saves the world one aluminum can at a time. WTF. Heaven knows she’s already a prolific composter.

“I know reading has enriched my life by expanding my knowledge base and opening my eyes to new worlds and different cultures. I, too, can help other women, so they can add that dimension to their lives.”

Jodi must’ve missed the summer reading list books about how murder is wrong. And really? Arias as an educator and mentor? This WTF is incredibly perverse. 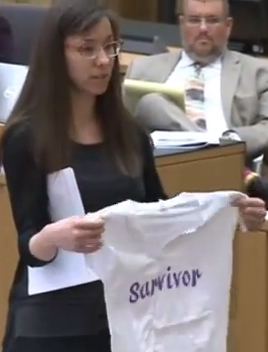 WTF #10: Jodi promised to start a prison book club “to stimulate discussions of a higher nature.”

Look out, Oprah! Here comes Jodi! If If ever actually did this, I hope she began with Dostoevsky’s Crime and Punishment and followed it up with Dumas’ The Cunt of Monte Cristo.

Abso-freaking-lutely shameless right to the bitter end. I can’t believe her lawyers allowed her to do this. Big shameless balls on this one.

WTF #12: Jodi promised to do a lot more good stuff with the caveat, “if the prison lets her.”

Although, Arias said that while she didn’t know what that other good stuff would be at the moment, she promised to find many more ways to help fellow inmates, and you know, humanity and stuff.

Speaking of humanity, oh, the humanity!