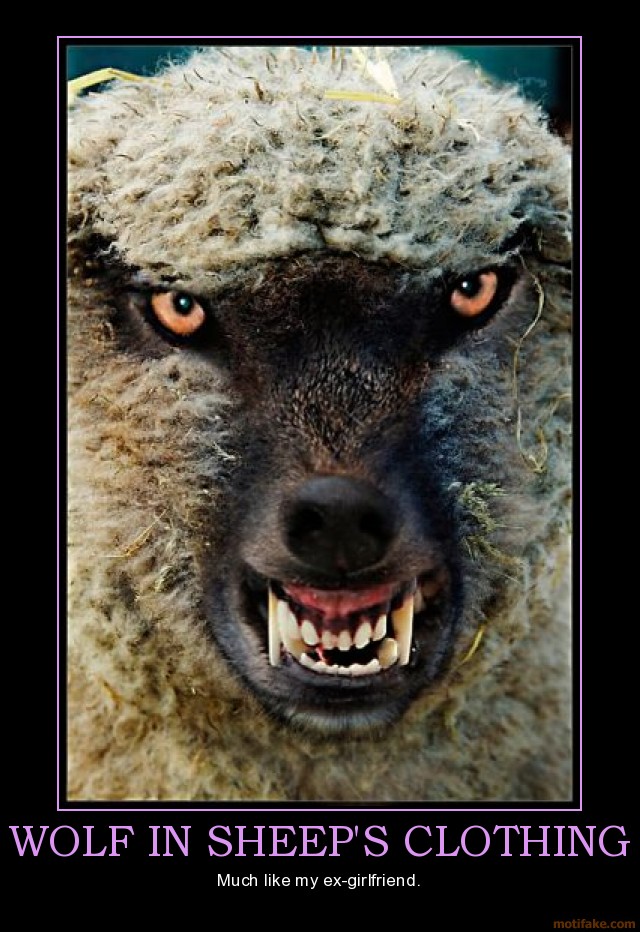 In Rethinking Female Sociopathy, Part One, I went through a comprehensive list of sociopathic traits based on psychologists Hervey Cleckley‘s and Robert Hare’s psychopathy checklists. For every single item mentioned, I can think of a real life example that every one of my clients has suffered.

Are these men’s wives, girlfriends and exes sociopaths?

Maybe, maybe not. If not, they sure are acting out a lot of sociopathic behaviors. Most of the men and women I work with often arrive to my virtual office trying to figure out what the hell is going on in their relationships.

They want to know, is she a Borderline? Is she a narcissist? Is she a histrionic? Does she act this way because her parents abused her? Is it a combination of all of the above?

The simple answer is, I don’t know with 100% certainty and it doesn’t really matter. The important questions are:

If the answers to these questions are no, then it really doesn’t matter if you have an accurate diagnosis because it’s highly unlikely that things will change no matter what you do.

What I do know is that the behaviors, as described by both my clients and the men and women who participate on the Shrink4Men Website and Forum, seem incredibly abusive and sociopathic to me.

I don’t think men are any more likely to be sociopaths than women are.

As a society, we have so devalued men and overvalued women, that we have a difficult time believing that some women are just as capable as some men of being toxic, unremorseful, exploitative, abusive, dangerous jerks. I’m here to tell you, female sociopaths do exist. And they have a much easier time getting away with their predations because we, as a society, refuse to acknowledge and address the problem.

Here’s the real kicker though and, I think, one of the biggest issues. A diagnosis of Antisocial Personality Disorder is ruled out if an individual’s sociopathic behavior is deemed to be a symptom of another disorder or illness.

Now, before the “hive” gets itself into a self-righteous tizzy because Dr T, the quack, is confusing Borderline, Narcissistic and Histrionic Personality Disorders with sociopathy, let me assure you, I am not.

Interesting side note: The self-identified borderlines who contact me from time to time to let me know that they’ve recovered and then go on to act out classic borderline traits via their emails, never rush to defend individuals with narcissistic or histrionic or antisocial personality disorder and caution me not to “paint them all with the same brush,” which, by the way, I do not. Nor have any of them, ever, not once, shown empathy or concern for the thousands of men and women who have posted their experiences on Shrink4Men of being abused by individuals with these disorders.

The closest I’ve seen to concern for the victims of abuse perpetrated by personality disordered women is some statement along the lines of, “Nons have problems, too, otherwise they wouldn’t get involved with a woman with BPD in the first place.” Let me translate: A personality disordered individual who makes this statement is engaging in victim blaming. They’re saying that if you have been abused by a narcissist, borderline and/or a sociopath, it’s your fault.

A lack of empathy, exploiting others for your own gain, and the refusal to be held accountable for the harm you cause others are the cornerstones of sociopathy. If you want to split hairs and say, “No, no, no. Borderlines and Narcissists act in sociopathic ways because they fear abandonment, rejection and feeling and appearing inferior and not because they’re sociopaths,” be my guest.

And while you’re engaging in that fanciful argument, defending these individuals who often leave a wake of victims in their path, and explaining why sociopathic behavior isn’t really sociopathic if an individual has been diagnosed with a different personality disorder or illness, just stop for a minute.

Stop and consider for just one minute how the real victims, you know, the husbands, boyfriends, children, exes, and the new partners of the exes who are on the receiving end of the abusive behaviors feel.

By the way, if you weren’t able to think about someone else’s feelings and their pain for one full minute, without interjecting a “yes, but what about my pain,” I think I may have just proven at least one of my points.

It’s time to readjust our perspectives when it comes to female sociopathy.

First, we need to truly and fully realize that female sociopathy exists. Professionals in the fields of psychology and law need to harden themselves to the tears and manipulations of female sociopaths who play victim just as we do in cases of male sociopathy. For some reason, male tears seem to lack the magical power of female tears.

Sociopaths, regardless of gender, are ultimately treatment resistant, no matter how prettily they cry or how pitiful they seem.

Isn’t a woman who shows no empathy toward her husband, who sets out to deliberately rob him of as many of his assets as she possibly can, who believes she’s entitled to money and other material goods for which she hasn’t worked, who robs her husband of the people he loves most, his children, who teaches children to hate and abuse their father, who derives pleasure from sadistically hurting and punishing her husband and who laughs at her husband’s pain and claims he “deserved it” and “had it coming,” isn’t she just as sociopathic as, say, Bernie Madoff who infamously said, “Fuck my victims?”

Why is it important that we recognize female sociopathy?

So that we can better protect our children and ourselves. I’d like to believe that if we, as a society, were better able to manage our collective cognitive dissonance about female predators, that the children of women like Theresa Riggi, Casey Anthony, Fiona Donnison, and Kelli Lynn Murphy would still be alive. And that the countless men, women and children who have had their lives ruined by these predators would not have had to suffer so needlessly nor be run through the wood chipper of family court, children’s services and parental alienation.

And yes, it would be great for individuals with sociopathic traits to get help and get better, but, at least for me, my priority is helping and protecting the victims of sociopaths.