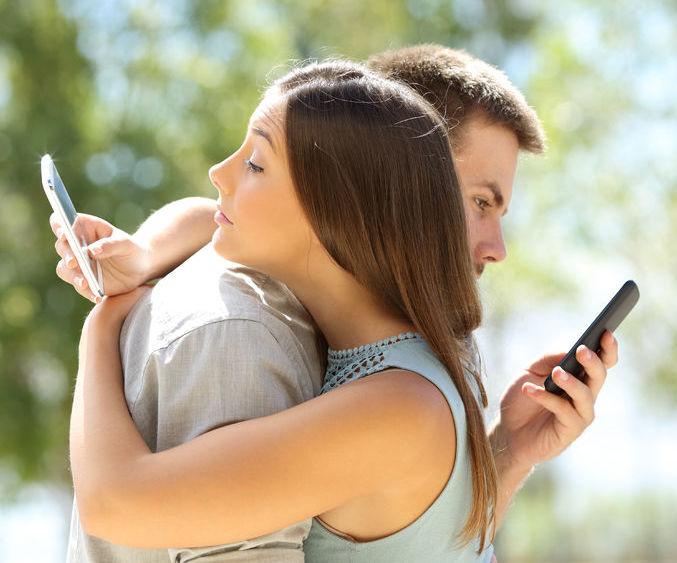 Narcissists cheat. Yes, they cheat on their husbands, wives, boyfriends and girlfriends, but it goes way beyond that. It’s been said that narcissists and other Cluster B personality disordered individuals lie, consciously and unconsciously, to survive. For many narcissists, cheating isn’t a one time aberrant behavior; it’s a way of life.

Narcissists cheat on their taxes. They cheat on school exams. They plagiarize other people’s work. They persuade or bully their girlfriends or boyfriends to write their term papers for them. They cheat their neighbors (e.g., planting trees 6-inches over the property line.) They cheat their way out of obligations (e.g., getting out of military service by using well-placed connections or bogus medical excuses; remaining unemployed or underemployed to pay less child support or get more child or spousal support).

Narcissists cheat their business partners, scheming to get a bigger piece of the pie or by taking credit they’re not due. Years ago working as a managing editor/writer for a psychology web start-up, a former colleague inflated an invoice from a shared vendor expense by $10. Pocketing an extra $5 was a victory for this guy. Five dollars. Even being a small time cheat is rewarding for some of these individuals. Odds are that wasn’t the only time my former colleague cheated me; it’s just the only time I know about him cheating me out of money. I was well aware he misappropriated (i.e., stole) ideas and turns of phrasing that are distinctly mine for which he still takes credit as if they were his own.

Narcissists cheat strangers by jumping the queue at a concert or Starbuck’s. Why should they have to wait like everyone else? My narcissistic ex used to wear a knee brace from a years old surgery in order to board planes before the elderly, young children and military service people. This is a man who always flew business class, by the way. They cheat systems by leap frogging steps or rules us ordinary folk follow. They skip classes, prerequisite qualifications and look for other short cuts to the brass ring or monetary rewards. They create Facebook charities without having a 501(c)(3), thereby avoiding regulation/accountability, and making it easier to pocket donations. They create GoFundMe pages for cancers they don’t have.

In other words, they cheat. They enjoy cheating. In fact, they get off on it. Because they enjoy it, and in some cases are aroused by it, what do you think the odds are that narcissists, psychopaths and other predators will willingly stop their duplicitous behaviors? Slim to none.

Why do narcissists cheat?

Entitlement. Whether the narcissist is the grandiose type or the professional victim – martyr type, they’re entitled. They fancy themselves as far too special to follow basic social etiquette, rules and laws, icluding family court orders. They’re too special and/or have suffered too much to be expected to take an entry level position. They’re clearly upper management. They don’t need to attend academic or professional training programs to be qualified to start a business in a specialized field. If they like cupcakes that’s all the experience they need to begin an organic bakery out of their home kitchen. Or, they see no problem calling themselves “doctor” on their advice blogs when their highest level of education is an Associates degree in Communications. Just because someone has traveled on an airplane countless times, doesn’t mean they’re qualified to fly a plane or call themselves Captain. But a narcissist believes this is qualification enough.

Being entitled is also justification to betray and screw people over. You didn’t make the narcissist feel special enough every single minute of every single day, therefore, it’s your fault the narcissist *had* to cheat on you. Or, after emotionally draining you for years, you’re now “boring” and, therefore, you deserve to be betrayed. The neighbor is a jerk, therefore, it’s okay to cut down his trees without permission. Their business partner doesn’t pay close enough attention to the books, so he deserved to get ripped off when the narcissist skims off the top.

Narcissists believe their victims deserve to be cheated and exploited. Bernie Madoff, Ponzi scheme con artist extraordinaire said, “F-ck my victims” from his prison cell. He claimed his victims should’ve known the profits he was claiming were unrealistic, therefore, they deserved to have their money stolen. Never mind that many of his ill gotten gains came from the pensions of working class civil servants who’ve never been nor ever aspired to be Wall Street high rollers.

Duping Delight. Cheating is a form of lying. Compulsive, habitual cheaters are also compulsive, habitual liars. Duping delight is “the near irresistible thrill some people feel in taking a risk and getting away with it. Sometimes it includes contempt for the target who is being so ruthlessly and successfully exploited. It is hard to contain duping delight; those who feel it want to share their accomplishments with others, seeking admiration for their exploits.” (Paul Ekman, 2009). Many people who’ve been in a relationship with a narcissist have learned to spot their lying tells (the facial or behavioral signals that indicate they’re lying).

If the narcissist is experiencing duping delight, you’ll catch a quick flash of a smirk, or what Ekman calls a micro expression. Even when you catch them in a lie, they may still experience duping delight for having been able to deceive you for a time. If you persist in holding the liar accountable, they typically respond in a few predictable ways. They tell more lies, have a rage episode, play the victim or all three. Sometimes they cry and act pitiful, or manufacture psychosomatic symptoms. Sometimes liars gin up anger, outrage and indignation when exposed. These responses are basically just different distraction techniques. Caveat: If the narcissist is being threatened with exposure or other unwanted consequences, the rage is real.

In addictions treatment there’s a concept called getting over on. At least it was a term in the addictions field when I worked in it during the late 90s to early 2000s while in graduate school. After Googling “addiction” + “get over on,” the best definition is on Urban Dictionary: “A general term used to indicate someone attempting to take advantage of someone else or play them in a scam, be it something simple, like beating one to a parking space, or complex, like criminal fraud.” The example Urban Dictionary uses is perfect, too:

My former tenants really got over on me. They stopped paying rent, so I had to take them to court and evict them. It took months and cost me tens of thousands of dollars in lost rent, hiring a lawyer, and repairing the damage they caused. Meantime they lived in a three bedroom house for only two months’ rent.

In addition to duping delight, narcissists and other predators like to get over on people and systems. They’re scammers and con artists. They get a high or adrenaline rush from getting over on, outsmarting or beating their victims, whether the victim is an individual, organization or government system.

No Sense of Personal Accountability. When an individual lacks a conscience, has little to no integrity, no empathy and is able to discharge any feelings of shame, embarrassment or guilt via primitive and immature psychological defense mechanisms like projection, denial, blame shifting, splitting, projective identification, distortion, devaluation delusional projection and disassociation, any manner of dishonest, reprehensible and criminal activities are fairly easy to carry out. These defense mechanisms are the building blocks of the narcissist’s, borderline’s, histrionic’s and psychopath’s False Self. Narcissists protect and preserve the False Self (the public mask of the high-functioning abuser) at all costs.

Preserving the False Self is a matter of ego preservation vs. ego annihilation; psychological life vs. death. The False Self is their brittle, fragmented ego. The False Self is the means by which narcissists avoid the toxic shame they’d surely feel if they were to acknowledge the reality of who they are and the unconscionable things they do. To this end, they lie, develop a sense of entitlement via grandiosity or victim narrative, and practice self-serving and outrageously unfair double standards in their relationships. Double standards, or the narcissist having one set of rules for her- or himself and another set of rules for everyone else, is yet another kind of cheating.

Many narcissists surround themselves with enablers, apologists and scapegoats. These people enable the narcissist to avoid  taking responsibility for themselves and to evade the consequences of their actions. Narcissists will keep narcissist-ing until they run into a wall of accountability. I don’t recommend being that wall. When faced with exposure and consequences, there’s no low too low nor too depraved. They can be dangerous when cornered. False arrest is just as much an act of violence as being physically beaten. Remember, this is a matter of survival to them.

I understand. It isn’t fair. There’s often no justice and narcissists frequently get away with murder, sometimes literally. In order for a narcissist to be held fully accountable, it takes an entire community, law enforcement or the judiciary. Even should the narcissist be socially ostracized or jailed, don’t expect that they’ll ever admit their wrong doing, express remorse (maybe self-pity) or take full responsibility without blaming others or circumstances. The best justice you can find is in freeing yourself from the narcissist, healing, getting on with your life and not looking back.