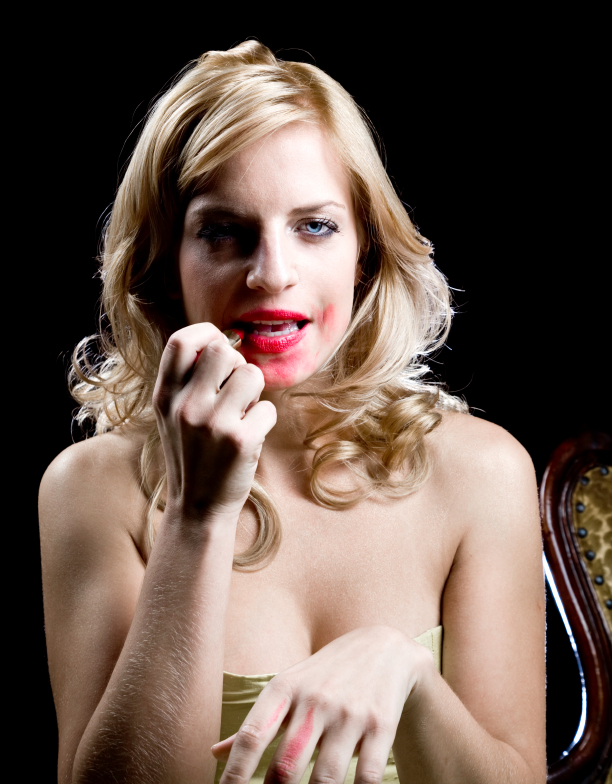 This isn’t a rhetorical question. If you’ve asked yourself more than once, “Is my girlfriend, wife or fiancee a crazy bitch?” as a clinical psychologist, I’m here to tell you that, yes, diagnostically speaking, she very well may be a crazy bitch.

First, many of these individuals have Jekyll and Hyde personalities — they behave themselves in public and abuse behind closed doors. They can be very skilled at manipulation and are even able to fool seasoned mental health professionals. Second, most disordered abusers don’t see themselves and their behavior as the problem. Even when their issues are clearly of their own making, they blame others. Therefore, if they actually do seek counseling it’s probably not to work on their issues. They’re typically looking to triangulate a therapist into allying with them against whomever they’re blaming for all their woes. For those of you married to this kind of person, you know how it works if you’ve attended couples counseling with her (or him). Third, female abusers have an advantage that male abusers don’t have. Namely, an overwhelming bias in their favor in the mental health field and the judicial system. Women claiming abuse are most often believed. Men claiming abuse are usually ignored, ridiculed or blamed for their wife’s abuse.

Over the years, I’ve been accused of enabling male abusers because I typically only hear the man’s side of the story. I’ve also been accused of pandering to men who are just looking for someone to complain to about their wives or girlfriends instead of dealing with their own issues. Well, the same could be said of therapists who work with women presenting themselves as abuse victims. By the way, the women who pen these vituperous emails and comments are usually belligerent, and engage in name-calling and shaming tactics. Let’s just say they don’t make a very compelling case for themselves or their arguments!

Here’s a distinction between disordered abusers who complain about their spouses and the victims of abusers who complain about their spouses in therapy. The disordered person rarely (if ever) acknowledges any culpability, wrongdoing or how she or he might be contributing to the unhealthy relationship dynamic. While the victim of the abusive person is either too quick to take responsibility for things that aren’t his or her fault and/or is able to acknowledge things that he or she could have done differently as well as their own bad behavior. The key differences are self-awareness and personal accountability — who exhibits these qualities and who doesn’t.

Crazy bitch isn’t a term you’ll find in the DSM (Diagnostic and Statistical Manual of Mental Disorders). You might even say using the term crazy bitch is unprofessional. The reality is that most men who are involved with this kind of woman aren’t doing Internet searches for Borderline Personality Disorder. In everyday-speak, these women are colloquially referred to as crazy bitches, control freaks, psychos, bunny boilers, etc. And, let’s face it, crazy bitch is often the most accurate way to describe them when they’re acting out, lashing out, being irrational, delusional and abusive. It’s no more offensive than terms women use to describe men who engage in similar behaviors. There are no double standards at Shrink4Men.

Here are some questions to consider if you’re wondering if you’re married to or dating an abusive crazy bitch:

If you answered yes to more than two of these questions, you may be involved with a female abuser. You’re not alone, it’s not okay and you should seek support from trusted friends or a male-friendly therapist (many therapists are not male friendly, so ask questions before you decide on one).

Before founding Shrink4Men, most of the men who ended up in my office did so because they were experiencing stress, depression or anxiety as a result from being in a relationship with an abusive woman. Ironically, most of the time they were shamed and pathologized into seeking counseling by these women. Never mind that most of the symptoms these men were experiencing were a direct result of being in a relationship with an abusive spouse or girlfriend or boyfriend.

If you think you may be involved with an abusive woman, good luck. They’re typically treatment resistant and they never really get any better. If you choose to stay in the relationship, I strongly recommend you educate yourself about the signs and symptoms of abuse, personality disorders and learn some basic behavioral management skills. You’re also going to need some form of support for yourself.

*This is an updated version of the the very first Shrink4Men post on January 12, 2009.

Want to Say Goodbye to Crazy? Buy it here.

Walking on eggshells from “ada loves you” on flickr.