This article will try to interpret the rationale for the elimination of 5 of the 10 currently recognized DSM-IV-R personality disorders with a specific focus on the Cluster B or “dramatic” personality disorders (NPD, BPD, ASPD and HPD). The New York Times reports in A Fate that Narcissists Will Hate: Being Ignored that:

The fifth edition of the Diagnostic and Statistical Manual of Mental Disorders (due out in 2013, and known as DSM-5) has eliminated five of the 10 personality disorders that are listed in the current edition. Narcissistic personality disorder is the most well-known of the five, and its absence has caused the most stir in professional circles.

Does this mean that there will no longer be such a thing as narcissists, histrionics, borderlines and sociopaths?

Hope springs eternal, but no. The APA (American Psychiatric Association) seems to be collapsing the existing 10 diagnoses into 5 diagnostic buckets, which means it will probably be even more difficult for the average Joe or Jane to figure out what is going on with their loved one/tormenter. Just because the current members of the DSM committee are doing away with a particular disorder in the Manual doesn’t mean it no longer exists. If only it were that easy!

For example, there used to be a Passive-Aggressive Personality Disorder in the DSM-III, but it was removed from the DSM-IV because women’s groups felt it unfairly pathologized women. This doesn’t mean that these behaviors ceased to exist; it’s just that the APA terminated a specific cognitive-behavioral phenomenon and hid it in Personality Disorder Not Otherwise Specified due to political pressure.

Another example is the APA’s failure to officially acknowledge Parental Alienation Syndrome (PAS) and Hostile Aggressive Parenting (HAP). Numerous studies have been done by credible researchers documenting and quantifying these behaviors. Individuals who have been the target of these pathological and malicious behaviors know full well how real they are. Yet, the APA won’t touch it with a 10-foot pole, probably because it would also assign pathology to a great many women.

Never forget that both the American Psychiatric Association and the American Psychological Association are very political organizations and the DSM is in some ways a manifestation of political infighting, allegiances, prejudices, zeitgeist and feminism. Don’t even get me started on the blatant sexism and male bashing engaged in by Division 35 of the APA; the Society for the Psychology of Women. Apologies for my digression.

They plan to collapse these 10 into the following 5 buckets:

The APA seems to be folding NPD and HPD into the Antisocial/Psychopathic Type; while the Borderline Type shares 2 of the 3 traits I view as being the most sociopathic with the Antisocial/Psychopathic Type: Antagonism: Aggression and Antagonism: Hostility. Aggression is defined as “being mean, cruel, or cold-hearted; verbally, relationally, or physically abusive; humiliating and demeaning of others; willingly and willfully engaging in acts of violence against persons and objects; active and open belligerence or vengefulness; using dominance and intimidation to control others.”

Hostility is defined as “irritability, hot temperedness; being unfriendly, rude, surly, or nasty; responding angrily to minor slights and insults.” I am surprised that Antagonism: Callousness is not included in the Borderline Type, which is defined as “lack of empathy or concern for others’ feelings or problems; lack of guilt or remorse about the negative or harmful effects of one’s actions on others; exploitativeness.”

Interestingly, I was lambasted a few months ago for stating on the old Shrink4Men WordPress blog that many narcissists, borderlines and histrionics exhibit sociopathic traits. A group of self-identified BPDs and their cohorts cyber-bullied and harassed me for several weeks as a result of what I viewed simply as a statement of the obvious. It would seem that the DSM committee agrees with my viewpoint, at least in this case.

So, why is the DSM committee doing this and what does it mean? 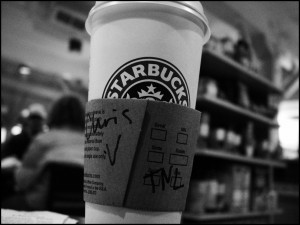 Here’s the rationale for reformulating the Cluster B personality disorders from the APA website:

Considerable research has shown excessive co-occurrence among personality disorders diagnosed using the categorical system of the DSM (Oldham et al., 1992; Zimmerman et al., 2005). In fact, most patients diagnosed with personality disorders meet criteria for more than one. In addition, all of the personality disorder categories have arbitrary diagnostic thresholds, i.e., the number of criteria necessary for a diagnosis. PD diagnoses have been shown in longitudinal follow-along studies to be significantly less stable over time than their definition in DSM-IV implies (e.g., Grilo et al., 2004). The reduction in the number of types is expected to reduce co-morbid PD diagnoses, the use of a dimensional rating of types recognizes that personality psychopathology occurs on a continuua, and the replacement of behavioral PD criteria with traits is anticipated to result in greater diagnostic stability.

I know, shrink-speak is needlessly difficult to understand, so let me break it down for those of you who aren’t fluent in academic, semi-scientific psychobabble. The DSM committee’s reformulation seems to be trying to address a problem many of the Shrink4Men community members and my coaching-consulting clients have raised repeatedly. Namely, that your wife, girlfriend, ex, husband’s ex, boyfriend’s ex, mother-in-law, sister-in-law, etc., seem to have traits from more than one disorder. This is why many practitioners/authors in this field, including myself, explain these disorders as lying on a continuum; different traits manifest under different conditions and in different settings. Not all narcissists behave the same; not all borderlines behave the same and many share diagnostic criteria from one or more disorders.

Essentially, the DSM committee is taking a Starbuck’s approach to diagnosing personality disorders. For example, you take a base beverage like coffee or tea and you can order dozens of variations of it like a half-caff, non-fat, soy, chai, decaff, double espresso, cinnamon, mocha latte with extra sugar or no sugar or specific increments of sugar. Apparently, diagnosticians will now be able to do the same with PDs. New PD diagnoses might look something like this:

Alexa seems to be a Borderline Type with extreme Aggression, Emotional Lability, Separation Insecurity and Hostility, mild Self-Harm and Impulsivity and very little Dissociation Proneness and Callousness. Monica seems to be a Sociopathic/Psychopathic Type with extreme Callousness, Hostility, Aggression and Maliciousness, moderate Deceitfulness and Narcissism and very little Recklessness and Impulsivity.

I suspect that individuals who have traits from multiple types will continue to receive multiple diagnoses. Keep in mind, they haven’t finalized the DSM-V yet, so all of this may change.

Therefore, the APA isn’t really getting rid of NPD and the other PDs, but rather trying to define them with more specificity by using descriptive traits that they can rate based on their presence/absence and degree of intensity. Hopefully, this will eventually make it easier to get an accurate diagnostic assessment of personality disordered individuals for treatment purposes and to know what you’re up against if you’re in a relationship with a PD person—that is if you can get them into treatment and if they they’re unable to pull the wool over a clinician’s eyes.

Two of the most strident critics of the proposed PD diagnostic system are esteemed Harvard psychiatrist, Dr John Gunderson, a leading researcher and practitioner in the field of personality disorders and University of Colorado Medical School psychologist, Dr Jonathan Shedler. The NYT article reports Dr Gunderson’s reaction to the changes:

Asked what he thought about the elimination of narcissistic personality disorder, he said it showed how “unenlightened” the personality disorders committee is. “They have little appreciation for the damage they could be doing.” He said the diagnosis is important in terms of organizing and planning treatment. “It’s draconian,” he said of the decision, “and the first of its kind, I think, that half of a group of disorders are eliminated by committee.”

The dimensional approach has the appeal of ordering à la carte — you get what you want, no more and no less. But it is precisely because of this narrow focus that it has never gained much traction with clinicians. It is one thing to call someone a neat and careful dresser. It is another to call that person a dandy, or a clotheshorse, or a boulevardier. Each of these terms has slightly different meanings and conjures up a type. And clinicians like types. The idea of replacing the prototypic diagnosis of narcissistic personality disorder with a dimensional diagnosis like “personality disorder with narcissistic and manipulative traits” just doesn’t cut it.

“Clinicians are accustomed to thinking in terms of syndromes, not deconstructed trait ratings. Researchers think in terms of variables, and there’s just a huge schism.” He said the committee was stacked “with a lot of academic researchers who really don’t do a lot of clinical work. We’re seeing yet another manifestation of what’s called in psychology the science-practice schism.”

Oh look, more political infighting amongst and between both APA factions. Yawn. Only time will tell if this will be helpful or harmful. Although, at this stage it’s unclear whom this change will harm and/or help. If, like me, you’re of the mind that many PD individuals are treatment resistant, these changes don’t really matter. My primary concern is, always has been and always will be helping the targets who are abused by individuals with PDs—regardless of how the DSM decides to classify them.

If the changes help non PD individuals protect themselves and their children in family court, for instance, that would be great. If it helps men and women avoid becoming involved with abusive PDs–super. However, this seems like more political-academic infighting and a new scheme to create diagnoses and treatment plans that Managed Care companies will reimburse. Whatever.