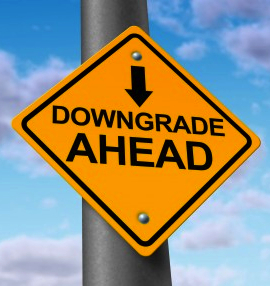 At the end of an otherwise healthy relationship between two reasonable, rational adults, the former partners are typically able to give one another closure. Abusive women and men, especially personality disordered women and men (Sociopaths, Narcissists, Borderlines, Histrionics, High-Conflict People – henceforth known as Crazy) do not do closure. Crazy blame shifts, Hoovers and/or disappears.

It is also difficult to let go of Crazy because of the high degree of ambiguity this kind of relationship creates. Did she ever really love you? Was any of it real? Maybe you’re the crazy one? What if you’d tried harder (i.e., withstood more of her abuse)?

This is almost always compounded if Crazy immediately partners up with her next target/sucker/people pleasing knight in shining armor/enabler/accomplice. How could she move on so quickly when you’re still grinding through the loss and trying to make sense of everything? Will she be different with the next guy? What if you had hung in there? Would she be telling her Facebook sycophants how she’s never been so happy and so in love with you instead of him?

This type of woman repeats the same behaviors over and over again in her relationships. She has a script in her head that she force fits new partners into whether they like it or not. She’s the eternal victim and boyfriend/husband du jour is her hero until she decides he’s the villain and presto change-o — he’s a “jerk” like all the other “jerks” before him. This phenomenon is described in Crazy Bitch the Musical! The Abusive Woman’s Script and Why She Won’t Be Different with the Next Guy.

When Crazy seeks to replace you, she will usually:

1. Find another people pleasing, rescuer, Nice Guy type who is eager to prove he’s not like the “bad men” who hurt her in the past. Men like this will take a number and eagerly queue up for their fair share of abuse. If and when they ever wake up and realize they’re being abused, they start looking for answers.

Some find Shrink4Men and other similar resources. They begin to understand that no amount of patience, love and understanding will end their wife’s or girlfriend’s abuse, they cannot “save” or “fix” Crazy, that they have issues of their own to address – particularly their willingness to tolerate abuse in a love relationship – and that it is necessary to have personal boundaries and limits in love. Some men, sadly, will get bad advice from female-biased, enabling/apologist therapists, ministers, family and friends to be even more patient, understanding and vulnerable with their abusers and, essentially, to continue to allow their female abusers to keep abusing them and their children.

2. Downgrade to another professional victim/abuser/loser. Sometimes, this manifests in the classic narcissist-borderline pairing, which actually works. Better to let two disordered people cannibalize each other instead of inflicting their abuse on the rest of the population.

If this is true of your situation, remember, she’s a crazy a-hole and he’s a crazy a-hole. They deserve one another and you deserve much, much better. The only wrinkle is if you share children with Crazy. Then you have two selfish, destructive, immature jerks to contend with while trying to nurture and protect your kids.

Sociopaths (and people with sociopathic traits such as BPDs/NPDs/HPDs) don’t have friends — they have accomplices and victims. When Crazy downgrades to the type of guy described above, it can be extremely confusing for the Nice Guys who have been killing themselves (sometimes literally) to try to be the best husbands/boyfriends they can be and make Crazy happy (i.e., mission impossible).

She said I didn’t work hard enough or earn enough money, but Mr. Wonderful only has a part-time job.

She used to tell me I was a stupid, pathetic loser, but Mr. Wonderful doesn’t even have a college degree.

She used to accuse me of being an alcoholic because I enjoyed a couple of beers on weekends, but Mr. Wonderful is known as the town bar fly.

It’s confusing when Crazy re-couples with the loser, slacker, drunk, etc., she accused you of being. You did your best to be the man Crazy claims she wants you to be and then she pairs up with the kind of man she claims to not want. This is frequently a post-divorce WTF moment for many men.

Remember, Crazy is crazy and actions speak louder than words.

This is one of the biggest and most common mistakes Nice Guys make in their relationships with Crazy – they listen to Crazy’s words and ignore Crazy’s actions. More often than not, the truth lies in what Crazy does, not what she says. If you’re paying close attention, Crazy will sometimes confess/speak the truth, but these moments are fleeting and ephemeral.

Partners act as mirrors for one another. This is one of the reasons water seeks its own level and birds of a feather flock together. When you are a fundamentally decent, kind, hardworking person, you make Crazy look bad in comparison. She resents your good qualities because, on some level, she knows she does not possess them — whether she can admit this to herself or not — and she begins to resent and hate you for it.

If Crazy cannot possess your good qualities, she will try to bring you down to her level by provoking and baiting you (e.g., antagonizing you until you become angry and yell at her) or she will try to destroy you or make you disappear.

The second biggest and most common mistake Nice Guys make with Crazy is believing Crazy’s damsel in distress – professional victim shtick. Crazy doesn’t want to be rescued. Crazy wants to be enabled.

Crazy doesn’t want to be rescued. Crazy wants to be enabled.

Like two addicts who enable each others’ addictions, Downgrade Boyfriend doesn’t make Crazy feel bad because he’s just as dysfunctional, self-serving and reptilian as she is.

This article was sparked by an online conversation with some of Shrink4Men’s CrazyBusters about the kinds of men their husband’s crazy exes paired up with post-divorce. SW explains:

Jack is and was a good honest man. When Crazy met him, he was still a kid, stupid, naive and she made it her full-time job to emasculate him and keep him groveling to her. She was really good at it, but instead of letting her have control of everything, he just disconnected from her emotionally and withdrew. She couldn’t dominate someone who ignored her.

So, she pursued Drunko, a man who was already in many ways broken. Not because he was beaten down by anything, because he chose a life path that was revolting and he liked being a creep. She could be the superior one and, because he came from the same religious background, she could guilt him into almost anything.

She could also be revolting and wicked with him and never be judged. Jack always will be a person to tell others that they need to get right with whatever higher power the believe in. Believe how you want, but live your values. Jack will not participate in things he believes are wrong.

If he were Adam from the garden of Eden, he’d have made a lot of mistakes, but he would not have eaten that apple, just because Eve did. Crazy wanted a man who would not only  eat the apple, but get others to eat it so they could prove that what they did was not wrong.

I personally think Drunko is physically repulsive, he looks worse as the years progress and he buries himself deeper into this mentally ill life he shares with Crazy.

If your ex-Crazy has paired up with Downgrade Boyfriend she is dating or married to the proverbial “bird of a feather.”

By now, you should have learned that Crazy doesn’t do anything or anyone she doesn’t want to do. Nor does she do anything that doesn’t benefit her in some way – especially if it enables her dysfunction and hurts you.

Many men see Downgrade Boyfriend as evidence that they weren’t “good enough.” If she wants to be with him, then I must be the loser she always said I was. If you’re succumbing to this kind of self-defeating thinking, stop and reality test. Is your behavior consistent in your relationships? If so, do your friends and family think you’re as awful as Crazy thinks you are?

Downgrade Boyfriend is not evidence that you’re all the rotten things Crazy accused you of being. He’s not better than you. She’s simply found a mirror image of herself to “love” or whatever passes for love in their world. Having integrity, honor and strength of character is a liability with Crazy and so is kindness, generosity and a sense of fair play.

Let go of Crazy’s distorted thinking, mourn the loss of the person you thought you fell in love with when you first met, figure out what attracted you to Crazy and what caused you to tolerate her abuse, heal and when you’re ready, if you’re so inclined, be open to meeting a woman who is an upgrade.