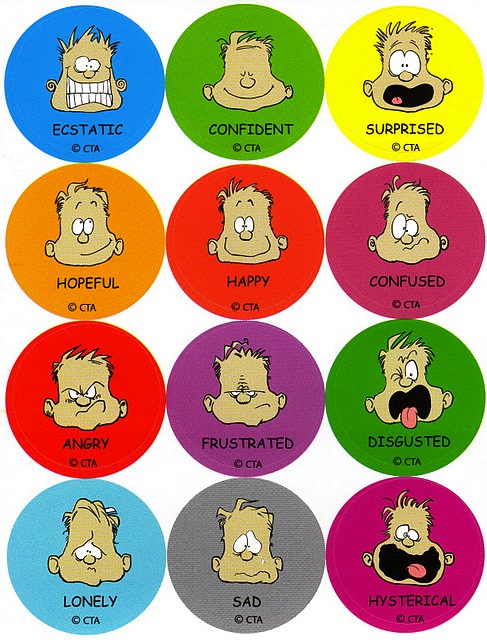 This is the follow-up article to Male Anger and Other Emotions, Part One and is a modified transcript to the BlogTalkRadio program, Making Friends with Your Anger.

Anger is not a bad emotion. It’s just an emotion like any other emotion. Feelings are signals that we’re experiencing something. Anger typically tells us, “Hey, someone’s treating you unfairly” or “Someone is hurting you, lying to you, disappointing you, ignoring you, ridiculing you or betraying you.”

Anger can also be a response to injustice. Hence the term “righteous anger,” which I believe has been perverted into Faux outrage by some individuals as a way to control the narrative and to hide their own bad behaviors, but that’s a whole other topic.

Anger, which is a healthy emotion, becomes unhealthy when you suppress it or when it’s the only tool in your emotional toolbox.

Why do some people suppress and deny their anger? Many people were taught that anger is “scary” and/or “bad” as children. Consequently, they feel a sense of shame about their anger.

If you’re a man who was taught to ignore or disassociate from your feelings, anger may be the only feeling strong enough to make its way to the surface and this can indeed be scary, for you. If you’ve learned to constrict your emotions, perhaps your anger scares you because you don’t know how to harness it. Perhaps anger is the only emotion you’re able to express even if you don’t know how to express it well or effectively.

As infants develop past the pre-verbal stage, they learn some words, but not enough to get their needs met. They want to communicate that they need something and get angry because they don’t know how to do so. They yell, scream, push, hit or kick. When kids do this they’re not necessarily angry because they’re angry.

They’re angry out of frustration at not being able to communicate their needs or other feeling states. For example, baby is wet and needs a diaper change. Baby’s also hungry, but baby doesn’t know how to say, “Yo, mom and dad! My diaper’s wet and my bum is getting all clammy and itchy. Can I get some help, please?” Baby wants his needs attended to and because he can’t verbally articulate his feelings, he turns purple, yells and blows snot. As kids develop language skills, you’ll sometimes  hear parents tell their children, “Use your words.”

This can also occur in adults. Some men and women  don’t know how to express their feelings and needs, not because they don’t have them, but because they were taught to deny them or that they’re bad or wrong for having them. If you’ve had to deny your feelings and needs since childhood or for the length of your adult relationships, how are you supposed to be able to articulate them? Even worse, if you’ve been ridiculed or made to feel bad about your feelings, you learn to shut those feelings down.

Oftentimes, pain and sorrow are behind the anger, and male suffering seems to make us even more uncomfortable than male anger. Instead of dealing with the source of the anger in men and helping them do something with it, we mock them or ignore their pain or tell them they’re “scary” and punish them.  We medicate male anger and/or portray men who express their anger as monsters, “Ooh, men are so scary when they’re angry.”

So many men bury their anger and other emotions, but that doesn’t mean it’s disappeared. Some psychologists believe that depression is anger directed at the self. In some cases, it is.

When we don’t find ways to deal with our anger, it can come out sideways as sarcasm or passive-aggressiveness or depression and other mental health disturbances or physical ailments. It can lead to a host of supremely unhealthy behaviors including addiction, violence, and other compulsive behaviors. Stifled anger also breeds resentment. Resentment is the cycling of anger over and over and over again.

Many of the men I work with are drowning in their resentment. Some of them have had to swallow their anger at the abuses they’ve suffered for years. Only their wives are allowed to have anger. If these men dare express their natural anger or hurt at the way they’re being mistreated by their partners, they’re labeled abusive, controlling, too sensitive and/or angry.

It can get pretty confusing living in the projection room.

Resentment is poison. It will eat away at you from the inside out. Resentment can ultimately kill you. In my opinion, resentment is far more scary and dangerous than anger. Resentment turns us into human pressure-cookers. Once you express your anger, you expel the pressure within you and it quickly passes. Resentment can fester for a lifetime and it’s a miserable way to live.

I’m not suggesting you become permanently angry like some of my clients’ partners seem to be. That’s not healthy either. These women use their anger to control and intimidate. It’s a device for them. It’s how they get others to tiptoe around their landmines. They seem to be angry that they’re unhappy, but refuse to take responsibility for their own happiness. They’re like colicky infants and their internal thermostat seems to be permanently stuck on the discontent setting.

A good portion of the work I do is helping men get in touch with their anger. When I first begin working with clients, there’s a phase many of them go through in which they recite the long list of abuses, hurts, and nastiness their partners dish out, but they do so without any emotion. They’d probably recite their grocery list with more affect. As I listen, I start to feel angry for them. To me, this is almost always a sign that these guys have shut down their anger and need to find a way to get in touch with it.

Anger is a call to action.

If you can understand the source of your anger and what you need to do to resolve it, anger stops being scary or shameful and can become healing. Anger is rocket fuel. It is a propellant for change. Anger can be liberating, energizing, motivating, supremely healthy, creative and lead to positive social change.

When I’m angry; I do something about it. I enforce a boundary. I write a senator or congressman. I post a link. I work out. I have a much-needed conversation. I write an email and then delete it. I get my anger out of myself and do something with it to address and resolve the cause of my anger.

Plus, learning how to channel your anger is a helluva lot cheaper than therapy. So my advice is make friends with your anger and learn how to use it for good. You just may be surprised by where your new friend takes you and what you can accomplish with it.