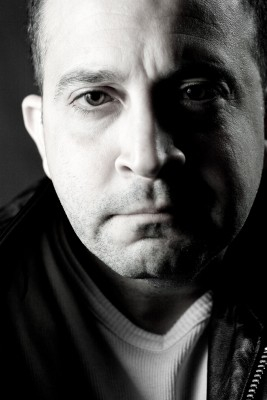 How many times have you heard some woman or man parrot the old chestnut:

This is utter nonsense.

Men have emotions. They have plenty of emotions — even if they appear numb and shut down — there are still lots of emotions underneath the surface.

Human beings, that includes women and men — all of us — are born into this world complete with a full range of emotions. Happiness, sadness, fear, joy, anger, rage, contentment — all of it.

Just observe infants. They may not be able to articulate their emotions because they’re pre-verbal, but babies can express emotions night and day and at the top of their lungs if need be.

Then there are other parents, whom I believe mean well, but aren’t able to feel and express their emotions in healthy ways. Consequently, they aren’t able to teach their children the skills and range of affect that they themselves have yet to master. They may also buy into social stereotypes that facilitate teaching boys to ignore their feelings.

These are the parents who tell children, little boys in particular, “Don’t cry. Big boys don’t cry.” When their sons get hurt playing or have an accident they say, “That doesn’t hurt that bad. Quit being such a baby.” If their kids aren’t hungry when it’s meal time, they force them to eat; or tell them they’re not hungry when they are.

Many of these parents have a different set of rules for their daughters. Little girls are often allowed and encouraged to marinate in their feelings without being taught critical thinking skills while their sons are told to ignore their feelings. Boys and girls and men and women need both critical thinking skills and emotional awareness to function as healthy adults.

But it’s not just parents who teach boys to ignore and bury their feelings. We’ve made many of the very natural and healthy male emotions, impulses and behaviors bad, wrong, scary or pathological.

Coaches tell J.V. football players to ignore their pain and get back on the field. Men are supposed to be able to “take a punch” and not flinch.

Rambunctiousness in boys is pathologized and medicated. Incompetent teachers who won’t or don’t know how to handle rambunctious boys insist they be screened for ADHD and parents medicate their boys with mind altering drugs like Ritalin and Adderal.

Men’s pain is either ignored, minimized or the object of scorn and ridicule.

Misandric female sitcom characters kick and punch men in the groin, slap them, hit them with objects and throw things at them — all to the sounds of a guffawing laugh track. This summer, the women on The Talk thought it was oh so funny when Catherine Kieu Becker cut off her husband’s penis because he wanted out of what I can only imagine was a nightmare of a marriage.

We’ve all heard, “Women are so much stronger than men; men can’t handle pain.”

Again, this is nonsense. I see so many men who swallow their pain in silence while their female partners and exes  rage, throw temper tantrums when confronted with their bad behaviors and, in extreme cases, call 911 because they can’t manage to place an order for a Whopper at Burger King without keeping their emotions in check.

Having out-of-control, non-stop emotions and pitching fits like a 2-year old with a behavioral disorder doesn’t mean you’re better at expressing your emotions. It just means you’re prone to emotional diarrhea.

Boys who are taught to ignore or mistrust their feelings often enter into relationships as adults in which they have to disavow and bury their feelings. Their partners complain, endlessly, that their man “won’t share his feelings” or “can’t express emotions” or “doesn’t have feelings” or — gasp — the most grievous of sins, “doesn’t care about her feelings.”

In some cases, this very well may be true. However, the reality is that some women simply don’t give a rat’s ass about their husbands’ or boyfriends’ feelings — especially the ones who complain about it or berate their partners for “not having feelings.”

Oftentimes, when these women complain, “My husband doesn’t have feelings” or “He isn’t good at communicating and expressing his emotions,” it really means, “I want my husband to feel the same emotions as me and he isn’t” or “My husband isn’t telling me what I want to hear, so I shut him down and then complain that he’s not a good communicator.”

We’ve told men that that they need to be “sensitive men;” men who aren’t afraid to cry in front of women. Maybe there are some women out there who really mean this, but most of the women who buy into this bit of feminist tripe, feel revulsion and contempt when they’re up close and personal to male tears, pain and suffering.

Maybe a man get away with crying in front of a woman if, for instance, their child dies, other than that, forget it.

The mixed signals we give men are so staggering, it’s no wonder the easiest emotion for some men to get in touch with is anger. It’s been my experience that the kind of woman who places a great deal of importance on their feelings, don’t know what to do when faced with someone else’s feelings — especially a man’s feelings. So she tells him his feelings are wrong because they’re not a mirror image of her own feelings.

What these women should be asking is, “Why doesn’t he feel comfortable sharing his feelings with me?” And before this type of woman starts pinning it on his childhood, which may also be partly true, or that he doesn’t really love her or that he’s hiding something, she should be asking herself, “What am I doing that is causing him to feel unsafe or unable to share his feelings with me?”