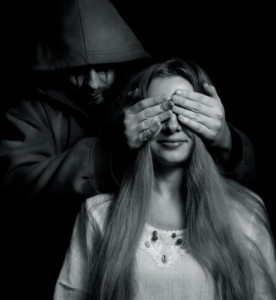 The following article includes unpublished excerpts from my interview with HuffingtonPost columnist Vicki Larson for her article, Are Men Society’s Scapegoats?

Ms Larson’s article was published soon after Nafissatou Diallo was found to be an uncredible witness regarding the rape allegations she made against Dominique Strauss-Kahn. The New York DA has since dismissed the charges against DSK.

Ms Larson asked: Women often live in fear of men. They’re stronger than us, they can hurt us, they can rape us. Some say we live in a “rape culture.” Is our fear unfounded? Why or why not?

Rape culture is a term which originated in women’s studies and feminist theory, describing a culture in which rape and sexual violence against women are common and in which prevalent attitudes, norms, practices, and media condone, normalize, excuse, or tolerate sexual violence against women. Examples of behaviors commonly associated with rape culture include victim blaming, sexual objectification and rape-apologism.

While I do not read every news item nor do I watch every talking head on cable news, I honestly cannot remember ever hearing anyone excuse a man for raping a woman in my lifetime. Ever. Not in the United States. Not once. Not ever.

Our culture portrays rape as one of the most heinous crimes that can be perpetrated against women and girls by men and boys.

Meanwhile, no one ever discusses adult male rape victims who, believe it or not, do exist and in far greater numbers than female rape victims, well, that is unless they’re telling a prison rape joke. When a teen-aged boy is raped by an adult woman, for example, by a trusted female teacher, many people shrug it off and act as if the teen-aged male victim just won the statutory rape-molestation lottery.

The reality is that more men are raped every year in jail than women in the general population, which is a statistic you won’t see mentioned in any Slut Walk or Take Back the Night literature. The number of U.S. female rape victims is approximately 240,000. Approximately 300,000 male inmates are raped each year in the U.S. We don’t know how many men and boys are raped in the general population. However, if you combine that number with the 300,000, male rape victims far exceed the number of female victims.

By the way, the male victim in the above video is handicapped, not that the crime would’ve been in way excusable if the boy had no disabilities. No expulsion for the girls, though, since they didn’t violate the boy on school property. No juvie hall for the girls either, which is where they ought to be.

Imagine what would happen if three teen-aged boys did the same thing to an 11-year old disabled girl.

No one laughs at acts of domestic violence against women and girls in media and television, well, not if they want to keep their jobs.

Yet, commercial after commercial, talk show after talk show and sitcom after sitcom portray men and boys as objects of cultural ridicule. Violence against men in television and film is a common punchline.

When’s the last time a man who murdered his wife or children had his crimes reasoned away and excused by Gloria Allred because he was abused as a child or because he suffered domestic violence? Men are rarely let go with a slap on the wrist and the oh so severe “consequence” of counseling. (Seriously, counseling is not a consequence!)

What’s more, when a woman is proven to have made false rape or abuse allegations, our culture is ever quick to make excuses and protect her. And what about the man whose life she destroyed with her lies? Up until very recently, news outlets wouldn’t even disclose the names of false accusers in order to protect the false accusers.

Aren’t we supposed to protect the victims of crime and not the perpetrators of crime? The true victim of a false allegation is the falsely accused, not the lying accuser nor theoretical potential future rape victims per the old feminist chestnut, “If we punish false accusers of rape, it will discourage actual rape victims from coming forward.” No, it will discourage false reports of rape you half-wits. Enough with the backwards logic already.

It’s more accurate to say that we live in a culture in which violence against men and boys is common and in which prevalent attitudes, norms, practices, and media condone, normalize, excuse, or tolerate all forms of violence against men and boys. Examples of behaviors commonly associated with rape culture include victim blaming, sexual objectification and rape-apologism and false rape allegation-apologism.

In reality, men have far more reason to fear women in our culture than women have to fear men.

All a woman has to do is say, “I’m afraid,” provide zero evidence other than her feelings, and she can obtain an ex parte restraining order that forces a man out of his home and his children’s lives. Young men on college campuses who are accused of sexual assault have lost the right to due process and legal representation in the collegiate equivalent of star chambers, in which they can be found guilty and expelled from school with a “preponderance of evidence” (certainty of 50.01% that the accused is guilty) instead of “beyond a reasonable doubt” (98% certainty) or “a clear and convincing” standard (80% certainty). Family court are notoriously biased against men and fathers in favor of women. The Violence Against Women Act protects female victims of domestic violence, but not male victims. And these are just a few examples.

On a personal level, I don’t live in fear of men. Do you?

I don’t quake in fear of the guy in cargo shorts, a Polo shirt and Havaianas behind me in the supermarket check-out line. I’m fearful if I’m in a strange part of town by myself at night, but not because I’m afraid of men. I’m afraid of criminals, some of whom happen to be men.

I don’t want to live in fear of 50% of the world’s population. It’s irrational, it’s paranoid and it’s unhealthy.

The pervasive fear of men in our culture is unfounded; in fact, it’s an absurd hysteria that’s a by-product of calculated political theater and feminism, which has become an ideology of hate. Unfortunately, there are certain groups that profit from perpetuating the fear of all things male, so it persists.

Many men are physically bigger and stronger than the average woman, but physical strength and body size have nothing to do with abuse. This is a myth perpetuated by the Domestic Violence and female sexual grievance industries . . . and Dr Phil.

Many men are abused and assaulted by smaller women. These men don’t hit back — even in self-defense.

There are some women who feel free to slap, kick, push, punch and scratch men and hit them with objects because they know the man they’re attacking won’t hit them back. Most men have been taught from a very early age that it’s not okay to hit women and girls no matter what — even when they’re under physical assault by a woman.

“Don’t hit girls” is a message that has been drummed into our society for a few decades now. Where is the equivalent message for girls about not hitting boys? Tween shows like iCarly use their male characters as punchlines and punching bags for their female characters. Imagine a children’s TV show that featured a boy hitting a girl followed by the applause and guffaws of a laugh track. There would be tremendous public outrage from moms. Where’s the outrage for boys who are hit and ridiculed?

Because when it comes to gender equality in our culture, we live on a one-way street paved with double standards.

However, in the minority of relationships with one-sided aggression, women are two times more likely to be the aggressor (Straus & Ramirez, 2007). Severe physical abuse of women in marriage and dating has decreased significantly since the 1970s, but severe abuse of men in marriage and dating has held steady or increased (Straus, 1995; Hampton, et al., 1989; Mallory, et al., 2003). Furthermore, two studies found that women attributed their male partners’ physical aggression to self-defense (Follingstad, 1991; Sommer, 1994).

As a society, it’s time to accept the fact that both men and women are equally capable of hurting each other. I don’t want to be seen as a victim because I’m a woman. I’m sick and tired of the way certain groups portray women as victims. I want equal rights; not special rights.

Women can and do hurt and rape men and boys. Just click on any one of the following names:

Should we live in fear of women as an entire sex?

Women have the unthinkable power of destroying a man’s life by simply pointing a finger at him and crying, “Rape!” Men have no such power over women. If a man claimed a woman raped him, he’d be laughed out of many a police station.

If not for evidence, the innocent men these women falsely accused would have spent years in jail and been labeled sex offenders for the rest of their lives and for what? Because a young woman failed out of college and claimed she was raped, so her parents wouldn’t be angry with her? Because a woman was upset a man didn’t call her after a one-night stand? Because a woman cheated on her husband and called it rape, so her husband wouldn’t divorce her?

Ladies, how would you feel if your sons were falsely accused of rape? Would you want the woman who tried to take away your son’s life to go to counseling or would you want her to go to jail for her crime?

If we live in a rape culture, it’s one in which violence against men and boys is normalized and excused, and not the other way round.

Straus, Murray A. & Ramirez, I. L. (2007). Gender symmetry in prevalence, severity and chronicity of physical aggression against dating partners by university students in Mexico and USA.” Aggressive Behavior, Aug 2007, pp. 281-290.