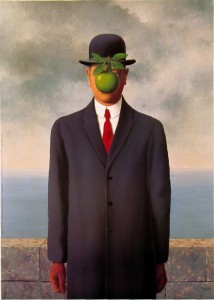 The following piece includes unpublished excerpts from the interview I did with HuffingtonPost columnist Vicki Larson via email for her article Are Men Society’s Scapegoats? I decided to post the information here to give people who are unfamiliar with Shrink4Men the basics and to help explain why Shrink4Men exists, what it is and what it isn’t.

When and why did you start Shrink4Men.com?

I started Shrink4Men in 2009 to address a gap in the mental health field, where there’s more than $4 billion spent on support programs for abused women annually and very little for abused men.

Our society tends to ignore the fact that men can be victims of abuse. Many men who visit Shrink4Men.com and the original Shrink4Men WordPress blog express feelings of isolation and helplessness because they’ve been unable to find anyone in their local communities who recognize / acknowledge their symptoms or offer constructive ways to contend with female perpetrated abuse. They find it on Shrink4Men, where there are thousands of personal accounts of psychological and physical abuse and a supportive community of those who have experienced it firsthand.

Shrink4Men isn’t just for men. The site helps educate men and women about abuse — how to recognize it, how it affects relationships, and how to cope with it. Some men have been raised to silently put up with abusive treatment. My site provides information about how to disengage from an abusive dynamic, how to protect oneself and, if necessary, how to formulate an exit strategy.

It’s also a resource for friends and family members who see their best friend or son or brother being abused. Second wives and girlfriends often come to Shrink4Men to find ways to help partners who are still being abused by their ex-wives/ex-girlfriends. Adult sons and daughters with abusive mothers also frequent my site.

How many men have you counseled, and what are they mainly struggling with?

Honestly, I’ve lost count how many men and women I’ve worked with in my career. I began training and working in the field in 1995. I receive inquiries every week for my services from men and women.

In my current coaching practice, my male clients struggle with many of the same issues experienced by abused women. Many exhibit trauma symptoms and learned helplessness. Their self-esteem has been systematically eroded. They second-guess their feelings, perceptions and judgment as a result of being gaslighted by their partners.

They often exhibit physical symptoms from the chronic stress and hyper-vigilance of living under abusive conditions such as headaches, muscle fatigue and digestive issues. They also struggle with the effects of parental alienation that sometimes occurs when an ex-wife/girlfriend conditions the children to hate their father.

Some men I work with are angry and rightfully so. Many are unable to articulate this anger because when they express their emotions to others, they’re often accused of having “anger issues” and told to get help. These men do need help, but not because they’re angry. They need help and support because they’re being abused by their wives, girlfriends and exes. Our society does not offer much support for men who experience such emotions. It makes most people very uncomfortable.

Shrink4Men isn’t just for men. Mothers, fathers and siblings whose adult sons and brothers are married to abusive women seek my services to find ways to support them or how to cope with the loss if they’ve been forced out of their sons’ lives by the abusive wife or girlfriend. I also work with second wives and girlfriends of men who are recovering from past abuse and women and men who were raised by abusive mothers.

On your website you state you “have greater empathy for men because they don’t have as many emotional outlets or sources of support.” Why is that?

I have more empathy for men in these situations because of the double standards they face. Men who tell mental health professionals, law enforcement, court evaluators, judges, family members and friends that they’re being abused are often ignored or ridiculed. Sometimes they’re accused of lying. This is why so many abused men remain silent and don’t seek help.

Men are expected to be strong and tough, so many of them carry a tremendous amount of shame for even being in an abusive relationship. They blame themselves and feel like failures. What’s worse, many men are told, “If she’s treating you that way, you must’ve done something to deserve it.” Imagine telling a woman whose husband beats her, “You must’ve have done something to deserve it.”

Many people assume that our state and municipal governments provide equal amounts of support to men and women who are victims of abuse. This is not the case. Each year the federal government and state governments spend well over $4 billion dollars for various programs designed to stop domestic violence. Nearly all of these services are available only to female victims.

Currently, there are fewer than 10 shelters in the U.S. that take male abuse victims and their children and only one helpline to my knowledge (Domestic Abuse Helpline for Men and Women; 1-888-743-5754). When men call their local shelters, they’re told, “Sorry, we can’t help you. Women and children only.”

Telling a man to just leave an abusive marriage opens him up to a whole new realm of emotional and financial mistreatment by law enforcement and the family court system. In my opinion, the family court is blind to the abuse suffered by men. Officers of the court tend to see men as abusers and women as victims.  A savvy attorney can take advantage of this.

Some men are the victims of false allegations and baseless restraining orders wielded as legal leverage by the opposing party to gain an advantage in divorce and custody cases. In many ways, our divorce culture enables abusive women and compounds male victimization. We should be supporting male and female abuse victims equally.

Have you ever been accused of woman bashing?

Yes and the allegation is ridiculous. Research shows that both men and women abuse their partners at pretty much equal rates. Additionally, many personality disorders that are more likely to be abusive types also occur among the genders in equal rates.

As stated earlier, I tailor my work for men because of the dearth of resources available to them on this subject matter. Imagine looking for help and going to abuse site after abuse site that uses masculine pronouns to describe the abuser and feminine pronouns to describe the victim. How would that make you feel if you were being abused and looking for help?