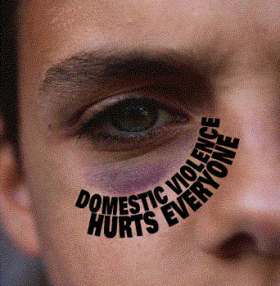 A  Shrink4Men community member sent me a link to a National Times of Australia article by Nina Funnell titled, For many women, ’tis the season of fear, not joy. The article begins with a horror story about how the then 14-year old author and her family helped a battered female neighbor by giving her and her children a place to stay on Christmas Eve.

The main purpose of Funnell’s article is to promote a new government funded Australian domestic violence website. The site’s banner reads, “Domestic violence: It can happen to anyone.” Directly below the banner is a flash photo montage of individuals—all women—to drive home the point.

So, in Australia, domestic violence can happen to anyone—as long as “anyone” is female. Interesting, since there are multiple studies by multiple organizations that have found men are the targets of violence in at least 40% of reported cases. I suppose this figure doesn’t merit an “every-man” photo on the website along with the “every-woman” images. It can’t possibly be due to a lack of stock images of soulful looking men on iStockPhoto, Jupiter, Corbis and Getty Images, etc. I know they exist.

Granted, the Aussie DV site does include the following non-gender-biased blurb:

It can affect anyone in the community, regardless of gender, sexual identity, race, age, culture, ethnicity, religion, disability, economic status or location.

However, after surfing the site, I can’t find any specific services or shelters for men and their children who are the targets of abuse and violence by women. They have a list of services and shelters, which don’t specifically say, “for women and children only,” but I’d be willing to wager, if I had the extra money to make international calls to Australia and inquire, that I’d be told, “Women only. Men go to the homeless shelters.”

Let’s return to the National Times piece. Ms Funnell’s article is the usual promo piece for a DV website. She summarizes the kinds of information and services it provides, the “domestic violence is wrong” message, and how to protect yourself, etc. Ms Funnell tries to use a gender neutral voice, which is a refreshing change, even though she doesn’t quite succeed. Granted, I highly doubt that any of the DV services offered by the site she’s promoting are for male targets, but that’s not her fault.

I couldn’t figure out why the Shrink4Men community member sent me this link as I didn’t find anything extraordinary in the article. He pointed me to the commentary, but even the commentary is basically the usual stuff. “Men can be victims, too. But men are more violent, so women need more protection.” God forbid some women acknowledge that men can also be victims. I’ve always wondered why some women fight so hard to retain exclusive rights to “victim-hood.”

The last thing I’d ever want to perceive myself as or be perceived by others as is a victim. Sure, I’ve had people try to victimize me, but I push back and don’t define myself as such. True victims don’t relish the role; professional victims use their victim-hood to gain power and abuse others—at least that’s my theory.

I was about to click away from Ms Funnell’s article when I stumbled across this passage:

As part of the NSW Domestic and Family Violence Action Plan, the RSPCA has set up a “Safe Beds for Pets“ program to provide free temporary accommodation for the pets of victims who are trying to leave their abusers.

This passage got my attention. I re-read the article’s comment thread again to see if anyone else caught it. A domestic violence shelter for pets? What the —-? No one else seems to have noticed this item or, if they did, they didn’t comment upon it. Typically, I don’t leave comments on online newspapers, but I did today. Here’s the comment I left, which is still awaiting moderation (bear in mind, it’s the middle of the night in Australia as I write this, so it may appear tomorrow):

To me, the most interesting/disturbing aspect of the article is that, apparently, domestic pets—cats, dogs, hamsters, bunnies and goldfish—now have a domestic violence shelter to which they can flee (Safe Beds for Pets), but no information is given re: shelters and support centers for men and their children who are targets of DV by women.

Presumably, 50% of those reading this article are human males and 0% of the audience belongs to another species. Yet, there’s information for how Rover and Fluffy can protect themselves from DV, but not men. Are there any shelters for men in New South Wales—not homeless shelters, but DV centers? If not, how is it that non-human quadrupeds and fish and birdies have received funding for a DV shelter and men have not? Look, I love animals, but doesn’t this seem crazy?

If you’re not aware of the study on DV by Parity in the UK, check it out (Google Parity UK domestic violence study and the PDF should appear at the top of the results). 40% of REPORTED DV victims in which violence occurs are male. This percentage is probably higher since most men don’t report out of shame, fear of not being believed or being wrongly arrested. Additionally, women engage in relational violence (emotional, psychological and verbal) more than men (Google the study by Muñoz-Rivas, Graña Gómez, O’Leary, and González Lozano).

While I don’t have stats to prove this, I’m sure that men are the targets of DV much more frequently than dogs, guinea pigs and parakeets—and they’ve already got PETA and countless other organizations that promote “humane” treatment for animals. Just sayin’.

I really do love animals and it’s true that abusive people—men and women—often threaten to harm or actually harm their partner’s beloved pets. However, before governments and charitable organizations fund shelters for animals who suffer collateral damage from abusive individuals, I think we should fund programs and shelters for men and their children who are trying to escape an abusive wife/mother.

Out of the thousands of DV shelters available to women in the US, only a handful (less than 10 the last time I checked) offer services to men. I imagine there are even fewer in Australia. There’s only one national hotline that offers assistance to men, the Domestic Abuse Helpline for Men and Women (+1 888 743 5754), which is run by Jan Brown, yet western civilization is opening doggie DV shelters to protect man’s best friend from man instead of opening facilities to help humans who are male and the targets of female perpetrated abuse. So it’s women, attorneys and children first, then dogs and cats and then men? Wow.