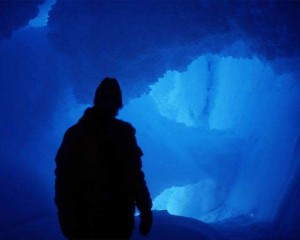 “When you look into the abyss, it’s not supposed to wave back…” –Terry Pratchett

This has been a difficult post for me to start, as it involves confronting some of my own demons. That said, it’s time to talk about The Darkness.

After breaking up with the ex, I felt euphoric. The relief I felt washed over me and through me, like a soothing, relaxing wave. I was done with my stay in Hell. I’d survived. I’d made it. The future held nothing but pure potential. I could be or do anything.

Haunted by the Ghost

I was immobilized by fear. I couldn’t function. I couldn’t remember to eat, sleep or get dressed. I was on heightened alert, constantly waiting for her to show up at the apartment or my workplace, to call me, or to e-mail me, to continue the rages and to continue to try to destroy me. Every night when I walked home from work, I dreaded turning the corner to the street I lived on for fear that I would see her car parked out front. When I did sleep, I was plagued with nightmares. I was a mess.

One thing that helped was to start to Break the Routines, as I’ve written about before. Even with this (and therapy), however, I began to find the despair overwhelming. I couldn’t sleep. I couldn’t think. Each day was like walking in an ever increasingly blacker fog. Anhedonia and apathy set in.

Every morning, I woke up caring less and less. The shame, the guilt and the fear left over from the relationship coupled with trying to figure out if I was the person she’d led me to believe I was and my inability to sort out just whose mental/emotional/psychological garbage was whose, drove me to consider the unthinkable; suicide. Scratch that. I didn’t consider it. I simply almost did it.

One day, on my way to work, I found myself walking towards the edge of the train platform with no intention to stop.  The train was approaching and I didn’t care. I needed it all to end. At the very last second, I realized what I was doing and grabbed a nearby bench and didn’t let go until the train had stopped. I spent the rest of the day shaking.

That night, I realized I needed help. I wasn’t going to let her win. I was already in therapy at this point and I had a discussion with my therapist about my near miss. Truthfully, I don’t recall what she said to me, but with her help, I decided to put in place a few mechanisms to help me not get this close to the abyss ever again.

As with everything I write about, this is what worked for me. This is no substitute for professional help—just some tips from someone who was able to walk away from a very large decision.

Eventually, as I continued my therapy, the feelings diminished considerably. As I regained functionality and realized that it was a long road that stretched out ahead, I became content with the progress from baby steps. Well, more content, anyway. I’m still a little impatient.

There are reasons to live. Yes, the pain is overwhelming at times and it may feel like it has exceeded our capacity to cope with it. We have forgotten who we are and this is a source of deep, agonizing pain, which is incomprehensible to anyone who hasn’t lived through it.

What I’m trying to tell you is to hang on. You can’t let her win. You’re better than that. It’s going to take some work. You’re going to be rebuilding and rediscovering yourself. Take pleasure in the most primal and simple things. Each day, I count how many ducks there are in the pond outside of my office. I say good morning to them. I’m finding that there is simple joy in sharing ideas and getting to know people without any agendas or strings attached.

I still have moments where I think about ending it all. Once you’ve opened that door a crack, it’s hard to close it again. But with patience and perseverance comes perspective. I can’t let her win. And, honestly, I’ve got too many books on my reading list, too many movies in my Netflix queue, too many sunsets to watch. And there’s always the ducks.