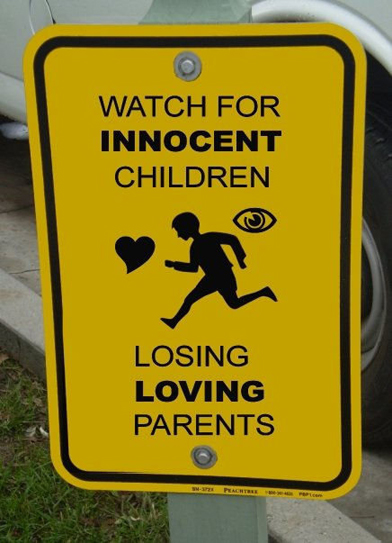 In Dr. T’s recent article about Parental Alienation, she notes that the behaviors of one parent teaching children to hate the other parent have not typically been recognized in courts as a legitimate diagnosis or syndrome. Indeed, much controversy swirls around the very mention of Parental Alienation Syndrome (PAS). Since no DSM criteria exists for these behaviors, except in very rare instances, a court will not qualify a behavioral health professional as a PAS expert who can testify in court. Nevertheless, as we’ll discuss in Part 2,  if you are the subject of an alienation campaign, you are not without remedies in the court system if you prepare and present your case effectively—it can be extremely tough though.

Perhaps the reluctance for courts and even mental health professionals to attach too much significance to PAS arises from the difficulty for outside observers in recognizing the phenomenon and distinguishing it from legitimate estrangement or a child’s justified fear about divorce.

Below are two scenarios that illustrate how one parent can turn children against their other parent and how parent-child relationships can be irreparably damaged, followed by some suggestions for preventing alienation and reversing the indoctrination of hate and fear.

Gaming the System: False Reports of Physical or Sexual Abuse

In the most extreme instances, the mother may make false claims that the father has physically or sexually abused the children. When presented with an allegation of physical or sexual abuse against the children, it’s not unusual for a judge to remove the kids from the father for a couple of weeks while the children are evaluated by a professional. The rationale is that if the accusations are true, the children need to be protected and if the accusations are false, then the father has only been deprived of his kids for a couple of weeks and he can be given some extra visitation to compensate. No harm, no foul, right? Wrong.

Two weeks is plenty of time to shape the minds of young children and allow the roots of indoctrination to take hold. Until Dad gets his day in court two long weeks later, the children are isolated and their entire reality is shaped by the information they receive from their mother—the person whose purpose is is to teach the children to hate their father.

When Dad calls, Mom does not answer the phone nor will she allow the kids to know that their Dad is trying to reach them. She may be bombarding them with negative messages about how their father abandoned them, that their father is scary and will hurt them, etc. She may even keep them out of school, so that they are completely isolated from any reality other than the one she creates. She also paints herself as a victim who needs to be protected and might parentify her children and rely on them to take care of her emotionally. After two weeks, the kids might think their mother will fall apart or die if they are not there to take care of her.  They might feel extremely guilty expressing anything positive toward their father.

If the children are young, they may completely adopt their mother’s warped perception of their father as all bad and scary within two weeks. By the time they go to court, the kids might really be afraid of their father (albeit irrationally and based entirely on lies with which they’ve been saturated). If the judge talks to the kids, they might express a very strong preference to stay with their mother and may reject their father.

The children may be very convincing and the judge may believe that the father has done something very harmful to the children if the judge does not know what signs to look for. Just like that, the stage is set for the remainder of the custody battle. As the case drags on and on, the father’s access to his children is limited while the mother continues her campaign of hatred against the father. It can be nearly impossible to counteract and it can happen that quickly.

More typically, the indoctrination and alienation are more subtle and may go unnoticed until some damage is already done. Consider the following description of what is all too common in high-conflict divorce and custody cases:

Many courts have non-disparagement orders in place that order parents in a divorce or custody fight not to speak negatively of the other parent and not to discuss the litigation with the children or in their presence.

BPD/NPD’s, who are the likely perpetrators of alienation campaigns, are also the ones who are least likely to follow court orders. On the other hand, assuming the alienated parent is not personality disordered or otherwise impaired—he will be careful 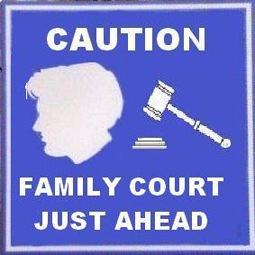 to follow the orders and will not speak badly of the children’s mother at all. In fact, he may even speak more positively about her than he actually feels because he recognizes the value of the children having good relationships with both parents. He might initially assume that his wife is following the orders  and may not know that he is being smeared and alienated.

By the time he discovers he’s being smeared to his children (perhaps quite by accident), there’s likely already some damage done. Because he is ordered by the court not to talk to the kids about the case and because he is ordered not to disparage their mother, he keeps quiet, does not correct the lies their mother is telling them about him and does not address their uncertainties and anxieties about the lawsuit.

All the while the disordered mother continues to do exactly what she is ordered not to do; she smears Dad and can’t zip her mouth about the litigation. When talking to the children about it, she may well appear distraught, hysterical and overwrought. The kids believe her because the only information they are getting, and indeed they may be getting saturated with a constant dialogue, is about how rotten their father is while she paints herself as a victim of the legal process. Her agitation about it makes her tales of woe that much more believable to young malleable minds.

In this manner, the alienation continues right under the nose of the judge and, most of the time, Dad never even brings it up. He thinks if he keeps behaving well and does everything right, in the end he’ll win. This is a perfect example of a disordered wife leveraging a husband’s decency against him. It seems women in this situation have an instinct that they can get away with it because they know that the husband won’t retaliate or tell the kids the truth of what is happening.

Make no mistake, destroying a child’s relationship with the other parent is very abusive and can cause lifelong distress. If you are preparing to divorce a woman you suspect is high-conflict and or has one of the Cluster B personality disorders and you have young children, you could very well end up facing this situation and you must prepare yourself and your children.

Do not believe that the good guy always wins in the end, because he doesn’t. The good guy wins if he is vigilant and prepared and can prove what is happening with something more than his word against his disordered spouse’s word.

Please check back early next week to read Part 2, which will discuss some guidelines that may help prevent devastating outcomes as well as some suggestions for coping with and reversing the effects of alienation if it has already begun.