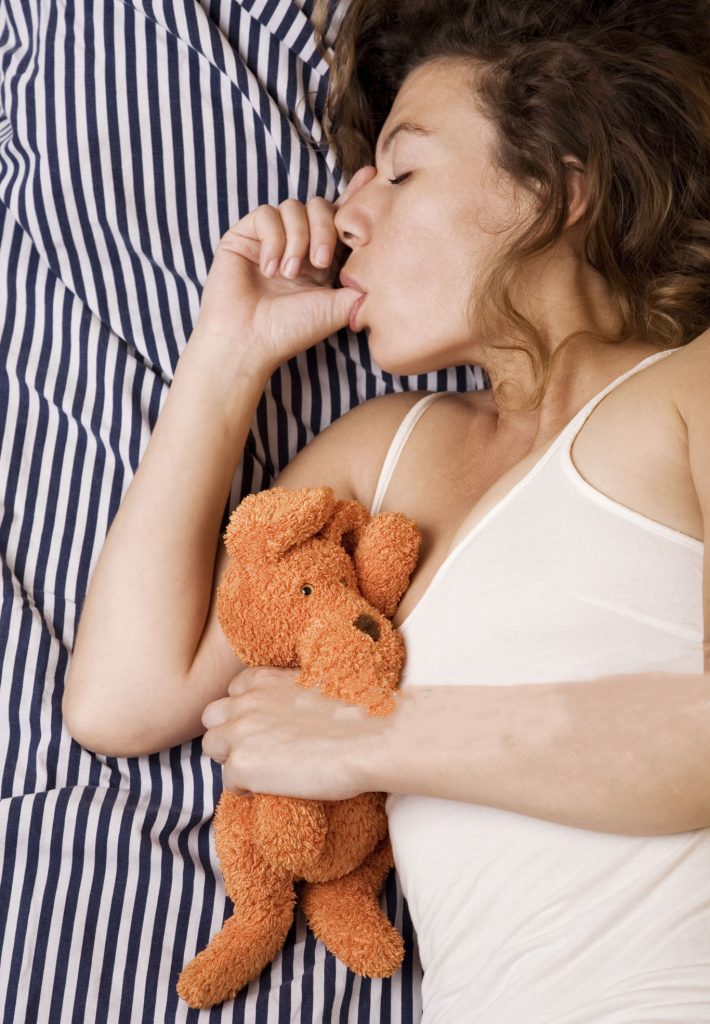 In Adult Toddlers, Part 2: Traits of Emotionally Immature Narcissists and Borderlines, I identify some of the similarities between personality disordered adults and children, particularly toddlers. If you’re in a relationship with one of these individuals, you’ve likely had many WTF moments. As in, “WTF is wrong with her? WTF is his problem? Why can’t she or he behave like a normal person?”

There are adults who, emotionally and psychologically speaking, are not adults. If they’re characterologically disordered, they’ll likely never behave like mature, rational adults. That’s basically what a personality disorder is.

Someone who’s arrested at an earlier age of emotional, cognitive and moral development. Typically, they’re stuck somewhere between toddler-hood and adolescence. Unlike actual children, narcissists, borderlines, histrionics and psychopaths don’t grow up and out of it.

The forms of abuse and manipulation may shift and evolve with time and age. However, they don’t mature into emotionally healthy persons of integrity. Instead, they become more efficient abusers and manipulators with time. Or, they have to change tactics due to the physical aging process.

For example, Nancy the Narcissist or the Bob the Borderline lose their looks and physical strength. Consequently, they transition from seduction and brute force to guilt trips and victim-playing. It’s what I call being an adaptive predator. So how can you make things better?

In all likelihood, you can’t make things better. You can accept that or continue to deny it and bargain with yourself. Clients are often stuck in a repetitive WTF loop when we begin working together. Accepting the reality of their spouse’s, girlfriend’s, boyfriend’s or ex’s chronic immaturity is a big step forward.

That’s not to say the narcissist’s or borderline’s behavior is acceptable, and they need to accommodate it. Not in my therapy office! I don’t advise radical acceptance. Rather, I practice radical reality. In other words, I help clients understand they can’t change the narcissist or borderline, but they can help themselves.

Once a client stops denying the reality of the situation, I help them make informed choices that are in their best interests. This can be difficult for many reasons. Many of my clients are both codependent and trauma bonded.

Then, there’s the FOG (fear, obligation, abuse) of a toxic relationship. FOG is frequently strengthened by Crazy and their enabler’s destructive insistence that if you really love Crazy, you’ll stay in the relationship. Crazy and Crazy’s advocates shame people who no longer want to dwell in Narcissist-Borderline Hell, where Toddler Queens and King reign supreme.

They’ll have you believe you’re a cowardly, selfish, unloving jerk. Someone who loves you wants you to be well. They don’t demand you self-destruct and tolerate abuse to prove your love and devotion to them. Therapists who are borderline/narcissist enablers-apologists are, in reality, facilitators of abuse. This includes child abuse if there are minor children involved.

Radical reality means accepting that you didn’t break it, can’t fix it and it’s not your responsibility to fix it. If you’re miserable, depressed and traumatized, you can do something about that. That begs the question, what are you prepared to do about it for yourself?

Traits of adult toddlers a.k.a. emotionally immature narcissists and borderlines.

The reason it feels like you’re dealing with a toddler if your spouse, boyfriend or girlfriend, parent, sibling, etc., is disordered or has an abundance of personality disorder traits is, I repeat, because they’re frozen in a state of arrested emotional, psychological and moral development.

Let’s look at some other characteristics narcissists, borderlines and psychopaths have in common with toddlers:

1. They have limited empathy or lack it altogether.

Toddlers can be sweet and loving, but are fundamentally egocentric and selfish. Kids are supposed to be at that age. Good enough parents teach empathy by holding children accountable. For example, little Susie clobbers her younger brother because she wants to play with Dora Robot. Good enough parents explain why that behavior is wrong and help Susie empathize by asking how she’d feel if the roles were reversed.

If empathy isn’t learned during the appropriate developmental windows it’s extremely difficult, if not impossible, to learn as an adult. Developing empathy, in my opinion, is a critical foundation to developing integrity and an ethical code of conduct. If you know what it feels like to be hurt, deceived, betrayed, exploited and have the ability to put yourself in another person’s shoes, it’s a major buzzkill when contemplating being a stone cold asshole.

Many people have these impulses from time to time. Empathy and integrity are what makes it possible to override our baser instincts. Barring that, fear of consequences also works, which is often the only thing that keeps narcissists, borderlines and psychopaths in check.

Of all the self-serving twaddle I’ve read on support sites for self-identified borderline personality disordered individuals, the “we hurt others because we have too much empathy” twaddle is the twaddlie-ist of the twaddle. People don’t hurt and abuse others because they have too much empathy. There’s no logic in that. That’s like saying, “I randomly murder my friends and family due to my profound respect for life.” Say what?

People who have limited or no empathy hurt and abuse others and then justify their abuse of others with toddler-like or teen-like excuses. “You made me do it. It’s your fault because [lame excuse/self-pitying psychological rationalization]. What about when you did x, y or z? Why do you hate me?! I didn’t ask to be born! I didn’t ask to have BPD!”

This is related to the adult toddler’s limited/lack of empathy. Empathetic people can and do hurt others. Then we feel bad for having done so. We feel awful when we see a loved one hurting because of our actions. Feelings of remorse, guilt and shame are a natural response. Mature adults then hold ourselves accountable and make amends.

Adult toddlers don’t spend much time thinking about how their victims feel. Unless they’re trying to exploit it in some way, that is. Instead, narcissists attack their victims for making them feel bad about how badly they behaved. Heck, sometimes Crazy can even manage to get their victims to apologize to them for their abuses and betrayals. How many of you reading this apologized to your narcissist or borderline for “making them” cheat on you? [Sheepishly raises hand.]

Do they ever apologize? [Snort.] While it’s true that many toddlers say, “I’m sorry” when they misbehave, adult toddlers rarely do. Parents have power and control over young children. Partners of adult toddlers . . . not so much. Before kids develop empathy, “I’m sorry” is a magic phrase that pleases mom and dad and may help the child avoid an unwanted consequence or receive a lesser one.

On the rare occasion an adult toddler apologizes, they’re doing so for the same reasons. Or, the adult toddler gives you an extremely sarcastic apology. In either case, they’re non-apology apologies. Adult toddlers also frequently pretend like the hurtful episode never happened and expect you to play along — or you will suffer the consequences of another tantrum, silent treatment or rage out.

Self-absorption is also related to empathy or the lack thereof. Empathy makes it possible to put others first, to contemplate how our actions affect those around us and to consider the rights and needs of others. Toddlers, narcissists, borderlines and psychopaths think of others. They think of others in terms of how to get their needs and wants met. This is natural and acceptable for infants, toddlers and increasingly less so for teens.

As children mature, their emotional and physical dependency on adults decrease as they become more responsible and autonomous. They become more capable of reciprocal relationships, of understanding the principles of give and take. Children with good enough parents also gradually learn that they’re not special snowflakes around which the universe revolves. Special to their families and friends? Yes, but no more special than anyone else.

Not so with narcissists, borderlines, histrionics and psychopaths. These are the people who, when their spouse of 15 years is diagnosed with lung cancer, tantrum and pout whingeing, “But who will take care of meeeeeeeeeee!?!?!?!?!?” Because they’re so self-absorbed, the feelings and needs of others, at best, don’t register or, at worst, are experienced as extremely annoying nuisances or deprivations to the attention and care directed toward them.

4. They have poorly developed object constancy.

In normal childhood development, object constancy develops between the ages of 3- to 6-years old. It’s the ability of the child to understand and trust that mom and dad continue to exist when out of the child’s sight. This is why peek-a-boo is such a thrilling game. It’s why 4-year old’s periodically stop their play to reassure themselves that mom and dad are still there.

As a child develops object constancy, they can spend time away from mom and dad (e.g., school, play dates, sleepovers) without having meltdowns due to separation anxiety. In narcissists and borderlines, poorly developed object constancy manifests in their fear of abandonment, their excessive need for attention and chronic infidelities. In an emotional storm (i.e., the absence of an attentive audience) any breast or orifice will do.

One of my hypotheses is that the obsessive text messaging is either due to extreme control issues or a lack of object constancy or both. “Are u still there? Do u still exist? Are u cheating? Ur attention needs to be on me. Why aren’t u responding? Are u cheating? Why r u ignoring me?!?! Where are u?!? Call me RIGHT NOW!!!!!!!”

5. They have flexible morality.

Flexible morality is also underscored by a lack of empathy. Toddler-hood is when most us begin to learn right from wrong. However, we’re still pretty much unrestrained ids with legs. We want what we want when we want it — candy, toys, attention — and find ways to get it even if we’re told no. The ability to think about how our behavior affects others is one of the keys to understanding right from wrong and respecting the rights, feelings and needs of others.

Narcissists, borderlines and psychopaths typically know the difference between right and wrong. They just don’t let it stand in the way of taking what they want and hurting anyone who gets in their way. Or, heaven forbid, holds them accountable for their interpersonal atrocities. Narcissists and borderlines are also able to identify when someone else has behaved badly, especially if it adversely impacts them in some way. However, they don’t hold themselves to the same code of conduct they hold others.

They tend to live by the IDWIDI (i.e., It’s Different When I Do It) credo. Double standard? Yes. Hypocrites? Hell yes.

What’s more, narcissists, borderlines and psychopaths bank on the decency and integrity of others to perpetrate without consequence. In other words, they count on the rest of us not to sink to their level, to be law abiding citizens, to give them the benefit of the doubt and to be too polite to call them out. They see kindness and integrity as weaknesses to exploit. They know how to play on people’s caretaker instincts and take full advantage of it through hard luck stories, guilt trips and instilling a sense of obligation in others. They’re natural born con artists.

If you’re still in a relationship with someone like this, what are you getting out of it? What childhood wounds are you trying to redress? Are you avoiding dealing with your own issues? Were you parentified as a child and, therefore, made to feel bad or guilty for thinking about and taking care of yourself? Are you confusing being needed with being loved?

Personally, I find adult toddlers exhausting, not to mention boring. Self-absorbed jerks are tedious. They tell the same stories ad nauseum for years and then become aggrieved if you don’t respond with delighted amazement as if it’s the first time and not the forty-third time you’ve heard it.