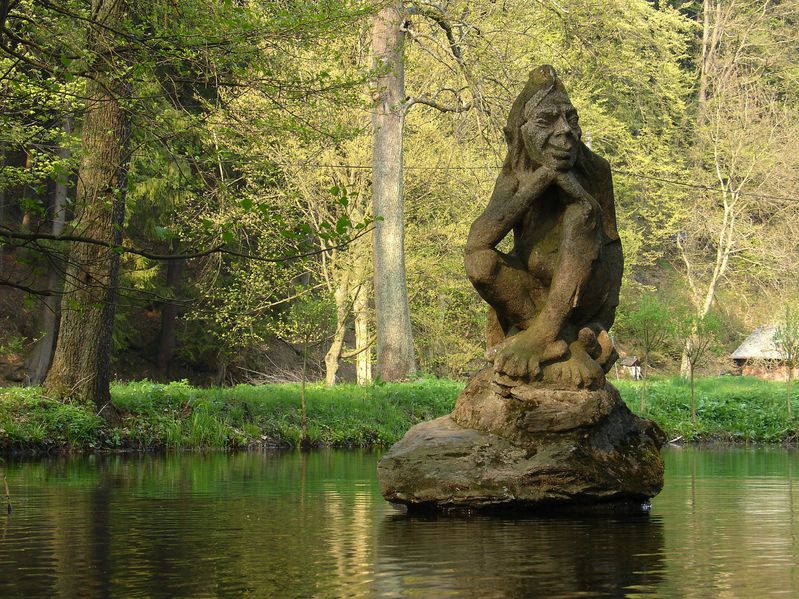 I get emails. Lots and lots of emails. Messages run the gamut from client inquiries to thank you notes to unsolicited 50+ pages of copied and pasted court documents (please stop sending these) to shame attacks from self-identified BPDs (individuals with borderline personality disorder) to 3-page walls of text (paragraph breaks are GOOD — use them) to concern trolling.

What is concern trolling?

It’s when an individual posts a comment on an Internet article or forum or sends an email to a website administrator, for example, acting as if they would become an ally except for their “concerns.” In reality, they’re not being supportive, but rather are looking to silence or shut down their target of concern with their “concerns.”

Concern trolling is just a thinly veiled shaming tactic meant to put the target on the defensive and to engender guilt.

A few days ago, an email from Lana (not her real name) washed upon the shores of Lake Shrink4Men. Guess what — Lana is concerned:

My partner is PD, He likes to blame me for his behavior and identify me as the one with PD. I spend the early years of our relationship trying to avoid acting like his controlling mother. Of course despite my best efforts he did end up projecting onto me his mother issues. He is actually pretty charming and has and tries to convince people that I am PD. He systematically broke me down and makes it seem like I was the one who did this to him. When I met him, he had very few skills, when I left he had a whole array of skills enough to start his own business. He basically discarded me, and pushed me to leave. That said, the reason I am telling you this is I wonder if you are able to spot men who would come to you and try to flip things around to blame their partner, when they really are the ones with the issues.

I would appreciate a response. As i appreciate your work, but have this very real concern.

Okay. The first thing that struck me is the lack of salutation. No hello, dear, hi or brusque [my name] comma. The first time I contact someone via email, I observe letter writing etiquette. Perhaps this is becoming a courtesy of bygone days? I don’t know.

The second thing I noticed is Lana’s use of the word “goddess” and a solar system satellite in her email address. Now, this isn’t a hard and fast rule, but approximately 80% of the emails I receive from self-identified borderlines and other individuals who take issue with the information on Shrink4Men often include references to mythological deities, astrology, fantastical creatures, the word wisdom, some really macabre references or vaguely violent language. Again, this may be just a coincidence, but my spidey senses sound the alarm at New Age terminology.

I address the other issues with Lana’s email in my reply:

I am sorry you were in a relationship with such an abusive person and am glad you left it. I typically don’t respond to this type of concern trolling email, but have decided to do so as I will be publishing it on my website (with your name removed).

One of the problems with personality disordered individuals, male or female, is that they often flip things around or, to use a technical term, project. There are far more websites that cater to women who are involved with personality disordered men than there are for men involved with abusive disordered women. There are plenty of female narcissists, borderlines, etc., who do the same exact thing you claim your ex has done to you.

Does that mean there should be no online resources for men or women involved with abusers of either gender because a disordered person might get his or her hands on it and twist things around? For that matter, maybe nobody should write about personality disorders or abusive relationships at all? Should we abolish the DSM? Entire shelves of Psychology books in libraries? How do I know you are not the one flipping things around in your email to me?

This is, of course, ridiculous and futile.

The disordered person is going to do that anyway, whether or not my website or others like it exist because that is what they do. And they don’t just use psychiatric labels to project and blame shift. They also us religious scripture or everyday language. Shall we get rid of the bible and other religious texts? How about language altogether?

Disordered persons project, they gaslight, they DARVO and they smear. The best thing anyone can do, male or female, who finds themselves involved with an abusive disordered person (as you claim your ex is) is to get away from her or him as quickly and safely as possible. Then they should seek some form of support to heal and understand what got them into that relationship in the first place and why they tolerated the abuse for as long as they did. It usually doesn’t have anything to do with “love.”

As for my ability to “spot men who would come to [me] and try to flip things around and blame their partner,” disordered people rarely hold themselves accountable for anything, yes, it can be fairly easy to detect in counseling after a session or two. Disordered persons typically end treatment when the focus shifts onto them and their behavior.

Here are some other problems I have with Lana’s email:

Abuse is not a gender issue. The only gender issue present in intimate partner violence is that the prevalence and impact of female perpetrators is minimized or completely unacknowledged and that male victims are often ridiculed or ignored. Women are every bit as capable of being as abusive as men are. All victims of abuse deserve compassion, support and education about these issues regardless of gender. FYI, ladies who have issues regarding information about personality disorders “falling into the wrong hands” — PUH-LEEEASE! Gimme a break.

For goodness sake, narcissism and other forms of characterological dysfunction have been documented going all the way back to ancient Greek playwrights (maybe earlier — world literature is not my area of expertise). Clytemnestra? Lady Macbeth? Carrie Bradshaw, anyone? This is hardly top secret information.

If you truly understand personality disorders then you won’t have this concern. The first rule of being involved with a personality disordered woman or man is, “Don’t tell her or him you think they’re disordered.” Now, Lana used the term projection, which would seem to indicate some understanding of that defense mechanism. Don’t use your knowledge of personality disorders to label and name-call. The point of having this information is to use it in order to protect yourself and any offspring if you decide to a) leave your narcissist, borderline, histrionic or psychopath or b) keep things as safe as possible if, for whatever reason, you decide to remain in the relationship.

If you truly understand what a personality disorder is then you know anything you confront them with will eventually be projected back onto you. Disordered persons typically evade proper diagnosis. The closest you’re likely to get is if you obtain a court-ordered psychological evaluation. And even then, the evaluator, undoubtedly due to litigation fears, will typically sidestep the issue by stating, “Ms. or Mr. Narckypants scored high on narcissistic or borderline traits,” not that they have a full-blown personality disorder.

If you’ve been abused and tormented by a personality disordered partner, parent, boss, friend, sibling, etc., then you ought to have compassion and empathy for other targets of abuse regardless of gender. I have listened to client audio recordings in which my clients’ raging wives and girlfriends are shrieking and bellowing that my clients are narcissists (along with a plethora of other unintelligible garbage — I swear the rage spittle was shooting through my MacBook Pro speakers), quoting passages from Kim Saeed and Melanie Tonia Evans. While I’m unfamiliar with Ms. Saeed’s and Ms. Evan’s respective works, I have a difficult time believing that they advocate this kind of interaction to anyone in their audience who believes that she or he is living with a narcissist, psychopath or borderline.

Same goes for men who read Shrink4Men. Ladies, if you arrived to this site because your husband is doing something similar, maybe you’re disordered, maybe you’re not. I don’t know. What’s for certain is that your husband or boyfriend has completely misunderstood the information here or is, at best, hopelessly naive or, at worst, an idiot and possibly disordered himself.

If you truly understand what it means to have a personality disorder then you also understand the disordered person is highly unlikely to change and that the smartest thing you can do is get out as quickly and cleanly as possible. Will the narcissist or borderline continue to project, gaslight and smear campaign? Of course. But once you’re far enough away, who cares? Unless she or he can cause you career damage or alienate shared children, let them have the mutual friends. Let them have the last word. Go No Contact and rock on.