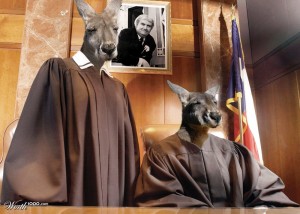 It’s day 7 of Domestic Violence Awareness Month. Today’s submission is written by Brenda, a woman whose husband was abused by his ex-wife.

One of the saddest things I have seen in the past few years is the blindness and projection around male victims of domestic violence.

My husband was divorced years ago, one his ex initiated. Their relationship was always tumultuous. She has a long history of emotional, financial, and physical abuse of him. For years after the split, as long as she was supported financially, emotionally and in parenting, she had no complaints. Once he found a solid new relationship (me, oh lucky me) she began ramping up problems.

Then came the restraining order, filed to prevent the children from seeing him outside her house and certainly seeing me. After that was the 2 plus years spent in a custody battle – she with a pricey attorney paid for by (wait for it) . . . his Parents. Yep.

When she decided she wasn’t happy with the outcome of that (only months after settling), then came the allegations he was emotionally abusive to the children, the “emergency” rescinding of his parenting time, the supervised visitation and the stalking order (and plenty more financial rewards from her generous ex in-laws.)   Now we are left trying to rebuild his reputation after all the “experts” have decided he’s “unstable”, we are financially and emotionally drained – but at least the SO had to be dropped as it didn’t meet the standards. (Way to fabricate “evidence”.)

Why? What possessed this person to go to all this trouble?

While the ex has been successful in convincing court appointed “experts” and legal beagles she is the “good” parent; we believe she has severe issues, likely sociopathy. Of course, the average civilian can’t say that to a court or court appointed psych professional. So, her likely motivation – why it’s just a good game she wants to win, she gets to publicly punish and ruin her ex and – double plus bonus points – she gets to drag in the new spouse, disparage them, drain all their money and maybe (oh she hopes and hopes) ruin their relationship! Wow. What a reward!!

There are plenty of people who assume that if a person’s own parents do not support them they must be a horrible human being. I can vouch that this is total falsehood. My hubby is a wonderful, kind, generous person who is a fantastic father and husband. His birth family has a number of mental health issues (including narcissism, abuse, drug use) which of course result in a poor childhood that didn’t prepare him for healthy relationships.

He’s worked hard to overcome the impacts of this childhood. That he has cardboard cutout imitations of parents is not due to his being a bad person. He was in fact the scapegoat child of his family. So I guess there was no chance he could have a decent relationship with them. Give the abused man, the scapegoat child, a chance. They want to have a good life.

So the sociopath (let’s just agree this assignment fits, you’ll see the lack of empathy in her actions) found a good target. Like that proverbial lion, she found the wounded antelope and ran towards it. He fell for it and was used – used up. Willingly, she took his time, love and money. She kept him on a bungee cord of abuse: scream, abuse, seduce him back with love bombs, scream, abuse….repeat ad nauseum. And of course, she became pregnant. So he was caught trying desperately to do the right thing for his children. I think this was when she really ramped up her game.

Suddenly she had bait to dangle before his divorced parents. Bait to provide her with people she could twist to her side (with repeated emotional complaints about how bad their son was to her and their grandchildren), bait to attract as much money as anyone would throw at her, and most importantly for her must-win abusive game – bait to use to ruin the man who could not provide her with everything she wanted.

Now, we realize that she is incapable of ever filling that emptiness, so no human being could provide her with “enough” of anything. Since her husband would not bow to her every whim and was not providing the financial support she “deserved”, he had failed her and must be punished. And she quickly saw that the most painful punishment was to separate him from his children, to leave them in her care where he would worry incessantly about what abuse was occurring.

She even tried to get me on her side. When I failed to succumb to her “charms” – which really meant to agree to her side of the story and feel that this man was an utter failure, and a cheating one at that. She tried hard, repeatedly talking to me over some weeks. Having been raised in a pretty dysfunctional family myself, I was ready for that. Plus, just hearing her complaints over and over wasn’t enough for me – I guess some people give in to that sort of mind control. As I found out later, she certainly had a high success rate, as many people: friends, family, health or school staff; had completely bought her line of bull. Sad, very sad.

Fast forward to the fun world of American family “justice.” This is where I truly got a clear vision of how far she would go in her quest and how quickly those who where supposedly acting “in the best interest of the child” were willing to damn a man with no verified or cross-examined evidence and assume that “only women are victims of domestic violence, he has to be bad”. Almost 3 years of slogging through this legal swamp is too much to go through day by day, so let’s hit the highlights:

Well, in these years we’ve met, dated, gotten married, spent tens of thousands in legal and related costs, been drug tested, lived in court, been vilified by friends / extended family / professionals / the court, he’s lost his children, lost his reputation and his record is damaged enough that jobs and possibly new housing have been denied due to the remains of these false allegations.

Why did I stay and deal with this? I have seen this man with his children – they adore him and he is an excellent father. I’ve learned that many fathers get such a raw deal that they need support, and the snap decisions made by family courts serve no one. I want to see him have a good relationship with his children. I do accept that it is highly likely she will continue with new campaigns and, at some point, we may have to cut of contact with her and the children altogether to keep from turning into emotional mush. And of course I love him deeply.

I cannot say I feel optimistic about the future, which is so sad. I think his relationship with his children may be in the early stages of being completely ruined. I think Susie Sociopath will stalk us indefinitely and we have no idea how to get out of her spotlight. But we are now active in family law reform. Realizing we may not benefit from the changes, we are fighting to change the system so other families do not have to go through this emotional hell hole. If you are experiencing this: document, have support, get a good lawyer, and have a counselor or way to safely vent. Good luck!