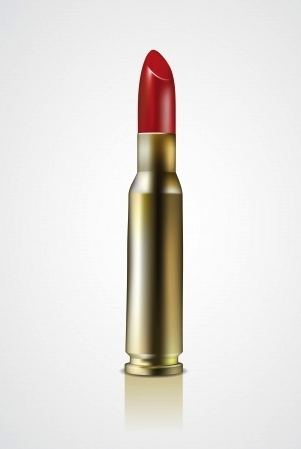 Today’s In His Own Words is different from the accounts we have shared thus far. “Jason” saw the red flags, but he did not ignore them or his better judgment. He ended the relationship and got out before his abuser could make hostages (i.e., children) or extract The Precious™ (i.e., the wedding ring that signifies you are no longer a couple, but a menage à trois — a husband, a wife and the State).

Jason’s story is also proof positive that educating boys and men about female aggression and abuse does make a difference and can save lives.

Shrink4Men helped me get out of a 3-month relationship where red flags were dotted across the horizon like a game of Minesweeper gone to hell. Yes, it was only 3 months, thank god. Had I not discovered your website, Dr Tara, it could have been longer or even turned into a marriage or children. I can only imagine how bad that would have been.

I ask myself why did I put up with it for 3 months if it was so bad ? That’s probably my fault. I met this girl through an online dating website and after seeing each other for 2-3 weeks we headed straight into it like a couple of fools.

Initially, my gut told me to end the relationship after only a week of officially being a couple. Her drama was already over the top, enough to cause me pause. I put up with it, however, because a) I liked her despite the drama, b) the sex was good and c) I rationalized maybe it was just a one-off thing.

It was not a one-off thing. There was drama of all sorts from the very start. The simplest things like not changing my Facebook relationship status after our first date caused her to take offence. She said it meant that I was “ashamed of [her].” In reality, I just didn’t want to trivialise anything (e.g., declaring I was “in a relationship” when we were still dating and getting to know each other). But I did it anyway to appease her.

A couple of weeks after we were official she was out at a bar one time to meet a male friend of hers. Her friend came onto her at the bar but was refused by her. Apparently she gets a lot of male attention she has to turn down. This douchebag then proceeded to create a fake Facebook page and dating profiles to attempt to destroy my character so he could hook up with her.

Of course my new girlfriend didn’t believe my claims of innocence and was I accused of being a cheater and vermin, but proved myself with evidence and heart felt pleas. Despite warning her that he may attempt something again, when her friends discovered a fake online profile of me (which was created by him) a couple of weeks later – she then believed this and accused me further of cheating. This again took some pleading to get her to realise it was bunkum.

A general lack of affection was prevalent throughout. There was hardly any hugging or kissing (and I am an affectionate person), and apparently I didn’t know how to be romantic despite all the dinners, ignored and unappreciated poetry, flowers and otherwise.

There were personal digs and jibes to me all the time, sometimes they cut deep, but for the most part I ignored these and didn’t let it get to me. Sure there were good times, and on occasion she could be a beautiful and loving person. But as time progressed they were few and far between.

She was also an extremely stressful person, who took her work home with her and allowed it to poison her life. She would constantly update me on the stressors of her life from her incompetent boss to family issues of her divorced parents and her dad. That stress would sometimes filter through to me from her moods.

She was on edge a lot and I had to tiptoe around her to be careful not to cause offence about the simplest of things. There were plenty of arguments. One time she thought it would be funny to amuse herself by throwing pillows at me – despite my lack of appreciation. When I told her I didn’t appreciate it and that perhaps we shouldn’t be together she stormed off down the street at night in her bare feet threatening to go to her ex’s house 10 miles away.

I chased after her to stop her, concerned for her safety at being out at night and the distance. My heart was racing and that night was probably the most stressful of my life.

She could also be a very jealous and irrational person. When we went to a lovely restaurant to enjoy a wine and some nice food, I commented that I thought the waitress was doing a great job and the customer service was great. I was accused of flirting with the waitress and fancying her – and then “checking out” the waitress when she had simply walked through my sight line. It was pathetic jealousy at its finest.

The stress she created through her drama and irrational behavior got to me. I became depressed and the stress was so bad at times it would make me vomit. This in turn affected our intimacy and my health. She could also be emotionally and physically abusive. There wasn’t outright physical abuse, but she would throw pillows or objects at me, and engaged in what she called “play fighting” with actual punches. [*Note from Dr T: Actually, Jason, this is physical abuse. If a man would be arrested for doing the same to a woman then it’s also abuse when a woman does it to a man.]

At this time, I had stumbled through a couple of Dr T’s red flags articles on the AVFM website and they pretty much described the person that my girlfriend was. I’m not sure what she would be classified as NPD, BDP or what, but there was definitely some major issues on her behalf.

I was phoned at 2AM by a drunken girlfriend, who then told me one of her male workmates promised to safely carry her to her room later on in the night to “look after her.” I feared the worst would happen, which was realised during a phone call the next day.

She claimed the male co-worker apparently had always had a crush on her and tried to kiss her and sleep with her after taking her back to her apartment. She told me she rejected his advances a few times, but they eventually shared a “short kiss.” She insisted she didn’t sleep with him. I appreciated the honesty from her but the damage had already been done. I was not surprised by her story as I suspected something would happen.

I effectively saw this as the end but we had a holiday the next week, so I thought I would stick that out to see what would happen and maybe end it after we got back. What a mistake that was.

The holiday was miserable. It was nine days of her whining, being uncooperative, irrational, demanding and some major arguments in public – including one on a tour bus. We discussed ending it, but decided to keep going. I knew ending it would be the best thing, but I still had feelings for this girl.

One night during our holiday, I had gone to sleep earlier and left her on the couch. She woke up later and joined me in the bed. Apparently I was hogging the bed, so she thought it would be okay to kick me with disdain to wake me up and get me to move. I told her the next day how disgusted I was with her domestic abuse, but as usual she made excuses for herself and always avoided taking responsibility for her actions.

Yesterday, after all the bullshit and red flags galore and the stress and emotional and physical abuse, I ended it.

We spoke on the phone and I could tell her ego was majorly hit by my actions. She had always been the dumper throughout her life and had an overvalued sense of her own self-worth. She was taken aback by me dumping her and attempted to salvage her ego by insisting that we had ended it on our holiday weeks ago – despite there being no clarity of finalisation of this. It was quite ridiculous and laughable, as she had just helped celebrate my birthday a week or so ago and she told me she loved me at the time.

I didn’t really care anymore. I just let her think it was a mutual decision and we ended things civilly. I have sworn to myself not be in contact with her ever again. I just hope that’s the end of the bullshit. I don’t think she is psychotic enough to pull pranks or try to play hell with my life considering the short lifespan of our relationship and that we have no more shared commitments.

So I guess you could call that my red flag realisation success story. Phew! Bullet dodged.

Well done, Jason! Now block her from contacting you via phone, text and email. If she turns up on your doorstep, do not open the door. Turn on a recording device, ask her to leave and, if she refuses, walk away from the door and quietly call the police to ask them to remove her from the premises. Have a recording device going the entire time and make sure to get a copy of the police report.