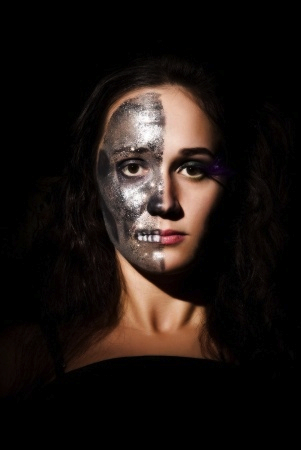 The Monster Behind the Beautiful Mask

I never thought I would be the victim of emotional abuse. I am an attorney and deal with people in adversarial setting everyday. I am a strong Type A man, but one who is humble and puts others before myself.

My giving nature and desperation for a family and kids made me vulnerable to being victimized. Even once I knew I was a victim, it took a lot for me to take action, leave my 8-year marriage and file for divorce the same day I moved out of my home.

Our sex life was poor. I began to doubt myself and my performance, even though I didn’t have sexual difficulties in past relationships. I had also never met a woman that showed no emotion — good or bad — about anything. Previously, I had dated successful, goal-oriented women, but their careers took more priority than marriage, at least with me. My wife told me marriage and family were her priorities, so after 6 months of dating I ignored the warning signs and moved her into my house.

We talked very little about anything serious. I ignored the red flags that should have told me not to marry her. You cannot marry someone you don’t have a good physical and intellectual relationship with. Opposites do not attract either. Once she moved in, things were okay, but not as good like as you would expect in a new relationship. I helped get her off depression medication and then we married six months later.

She got pregnant with our first daughter one month after we were married. She soon quit her sales job and we agreed she would stay home with the baby. I helped with the baby every day. As the baby got older, my wife made new friends, many of whom were not quality people. A new neighbor moved in next door who tried to act like my daughter’s grandma and way overstepped her bounds. My mother, who had helped my wife throughout her pregnancy and after the baby was born without being intrusive, was slowly cast aside and ignored by my wife. I now suspect it was because my wife could get away with her lies and victim playing with this woman.

We had our second daughter 3 years later and she became much worse. We used to spend our weekends together. Over time, she made sure she had plans to do things with other people. She liked being around people who would look up to her and put her on a pedestal and shunned the few quality people we met. I now realize that healthy, accomplished people with integrity caused my wife to feel insecure and exposed, not because of anything they said or did to her, but because my wife has neither integrity nor decency.

She began to destroy many of my personal belongings. She refused to clean the house. She started staying up late at night on the computer. She was coming to bed anywhere from midnight to two in the morning. Her new friends were her priority. Anytime I was at home, she had something planned to get out of the house. We did nothing alone together or as a family. If I had any kind of problem or issue, she didn’t want to deal with it or offer emotional support.

I finally accepted the marriage was over 2 years ago when we took my kids to their dance recital. My wife’s new best friend, the nosy neighbor, came to the recital and as soon as I got the kids out of the car, yanked them from my hand and walked up to the entrance like they were her own grandkids, waiting for no one.

My mom was in tears thinking she would at least get to walk with the kids. I finally showed some anger and stood up for my mom, saying I was sick of the neighbor sticking herself into our lives and acting like the kids’ grandmother. My wife got angry, blamed me for causing the situation and spent the evening comforting the neighbor at her house and leaving me to stew.

This is when I finally realized that my wife didn’t care one bit about me. I would have left that day, but I knew my wife would keep the kids from me. I didn’t want to leave the girls while they were still so young (a 4-year old and an 18-month old at the time). I knew they needed more time to bond with me and know me, so it would be more difficult for their mother to lie and portray me as a villain.

I spent the next two years basically living in a house with a stranger, so I could bond with our girls. I saved as much money as I could in anticipation of the divorce. I made one last ditch effort to go to counseling with my wife, which she had suggested. It was a waste of time.

I told her that we needed to get divorced and she said we were not quite there yet. I responded by saying I would no longer tolerate her abuse and lies. That did it. She wanted me out immediately, but set it up in a way that she could play victim to all our neighbors and friends.

I didn’t confront her with it because I was afraid of what she might do. After refusing my offer to have me move out on friendly terms because I would not give her a bunch of money, I ended up moving one day when she was out with the kids. She called the cops.

She has since refused me equal time with the girls, offering me one weekend a month. She signs them up for all sorts of activities that have no real structure to use as an excuse for why they can’t see me. The legal process is a joke and there seems to be no way I can have a chance at equal time with my girls until we get our court date, which was scheduled for 9 months after I moved out.

I have not spoken with my wife since moving out. She is alienating our daughters and it is working. The kids refuse to get in the car with me on my one weekend a month. They say things like, “Daddy is going to lose all his money.” I just bought a house 5 doors down from my old house and my wife is angry about it. Was that stupid?

The abuse I suffered at the hands of this sociopath goes beyond explanation and have only gotten worse since I have moved out. I am expected to keep working and earning so she can stay at home and not work despite the kids both being in school full-time and her college education and work history.

While we were married, I gave up evenings and weekends so she could go back and get a nursing degree (she already had a 4-year degree and was a school teacher). Because of my success during the marriage, I will have to give her my house that I bought before I met her.

My lawyer says I am not likely to get permanent 50% custody. The fact I built a business before I met her does not seem to help me in equitable distribution. Her net worth will be equal to mine post-divorce if I am lucky despite all the school loans and hard work I put in prior to marrying her.

I should have seen the big picture from her lack of ability to perform sexually, fake intimacy, lack of empathy, desire for her own needs over anyone else’s, as well as the mind games she played as the marriage progressed. The better a woman looks, the better her destructive skills seem to be.

Leaving was the hardest thing to do, but I had to do it for my own sanity. I stayed two years too long for our girls. The misery and abuse during that time amped up because my wife saw me reject her and she knew I was gone. It was just a matter of when.

I have come close many times to offering to sign my parental rights away, but even two days a month with our girls gives me hope they will get older and want to stay with me. As upset as I am about all of it, I doubt I even know the entire truth about who my wife is and what else she has done.

This abuse went on for about 4 years where it was open and obvious. I now see the abuse was from day one, even when she was putting a positive spin on her personality to get her hooks in. She is so attractive she could get any man to marry her, but sociopaths prey on the nice guy. Add in some success and decent looks and you are the ideal victim. I always wondered why her first marriage ended. Now I wonder if she did the same things to her first husband that she has done to me.

I would simply tell anyone in a bad relationship to get out, kids or not. You can’t be a good dad in a bad marriage even if there is no violence or yelling. You will destroy yourself the longer you stay. You can’t fix this type of woman.

It’s a hard hit to take from an emotional and financial standpoint, but I would rather take it at age 44 than 54 where I would owe lifetime alimony and maybe not be as physically strong. Stress will kill you and getting old is not fun when you do not have support from your spouse. I can’t do life over, but I hope by letting our daughters know that I am here that they will want a relationship with me. Right now, the oldest is an emotional mess and I don’t know how to help her.

I was emotionally and financially destroyed by a sociopath whose true past and motives will never be known.

There are lots of lessons to be gleaned from today’s In His Own Words. George writes, “The better a woman looks, the better her destructive skills seem to be.” Instead, I would say that the more attractive a woman is the more willing some men are to overlook, ignore or minimize the Crazy and the abusive behaviors. Additionally, you don’t give a sociopath a head’s up about divorcing them; you get your ducks in a row and then pull the pin without warning. Warning them just gives them the opportunity to turn the tables on you.

In His Own Words is a joint effort between DAHMW, Shrink4Men and AVoiceForMen to help raise awareness about the invisible victims of domestic violence, men. If you would like to submit your story, please follow the guidelines at the end of this article.