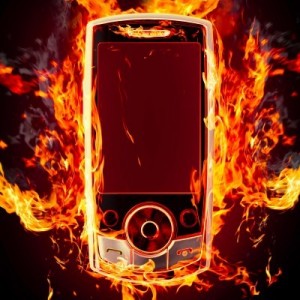 Last week in the Netherlands, Dutch prosecutors charged a 42-year-old woman with stalking. She allegedly called a man with whom she claims to have had a relationship 65,000 times in the past year. The male victim of the telephone stalking and harassment denied that he had a relationship with the woman.

The 62-year-old man filed a police complaint in August due to the continuous harassment. Police arrested the woman suspected of stalking and confiscated multiple mobile phones and computers from her home. According to Hague prosecution spokeswoman Nicolette Stoel, the woman argued at a preliminary hearing that the number of calls she made to the man wasn’t excessive.

The court ordered the woman not to contact the man again.

Gee, I wonder why he didn’t think of that?

In case you missed it, the woman being prosecuted for stalking argued that the frequency of her phone calls wasn’t excessive. 65,000 phone calls in a year. 178 phone calls per day.

One wonders what would qualify as excessive to this woman.

One also wonders how this was allowed to go on for so long that she was able to rack up 65,000 calls.

When did the man file the complaint? Or, better yet, how many times did he have to file a complaint or try to press charges before the Dutch police decided to take him seriously and prosecute the woman?

The man surely must have felt frustrated and terrorized long before the woman clocked in 65,000 calls. Who could tolerate that kind of harassment beyond the first week? It’s difficult to believe that the 64,999th call was the straw that broke the camel’s back. Then again, I suppose everyone has a different threshold for harassment and abuse.

One can only imagine what the Dutch woman’s problems are, but I don’t think it’s too much of an assumptive leap to suggest there’s a strong likelihood that there’s some pathology there.

The point is, in the hands of the wrong person, a telephone can be a weapon, as can a computer or any other communication device.

I have clients who are subjected to dozens and, in some cases, hundreds, of angry, shaming, nasty texts, emails, calls and voicemails from their wives, girlfriends and exes, often on a daily basis, while they’re at work. In such cases, these texts and calls are very much like the staccato rhythm hail of gunfire.

Make no mistake. This is harassment. These men are being harassed by their own wives and girlfriends.

These men are at work supporting their wives and families. They’re told if they don’t answer their wives’ calls or respond to their texts immediately, that they’re being lousy husbands who don’t care about their families.

Fellas, this is nuts.

You should be able to go to work to earn money to support your wife and children and not be harassed via text, email or phone from one of the people you’re supporting. If your wife is calling you or texting you more than one or two or three times a day at work to — I don’t know — tell you about a schedule change for picking the kids up after school or picking up a gallon of milk on the way home from work or to say, “Hi, I love you, hope you’re having a good day,” there’s a problem.

This behavior reminds me a little bit of my own behavior — when I was a child.

I was one of those latchkey kids. Both of my parents worked and I minded myself after school and summers from the age of 8 onward. When I would get bored during the day — for example, when friends weren’t available to play or when reruns of Gilligan’s Island were pre-empted by a special news report — I’d call my mom at her office.

When I called, I didn’t really have anything important to communicate. I’d call, ask her what she was doing (um, working), tell her I was bored and ask if she wanted to say hi to the dog.

My mother tolerated this for about a week and then set some ground rules about calling her at work.

At the age of 8, I understood it wasn’t okay to bother my mom for non-emergency issues while she was busy trying to earn money to support our family. I especially knew that it wasn’t okay to pitch a temper tantrum over the phone when she couldn’t give me her undivided attention at work.

Unfortunately, it’s not as easy to set limits with a child in the body of 37-year old woman.

One of my clients’ wives threatened to get him fired by telling his boss that he’s stealing from the company if he doesn’t answer her calls and texts immediately.

Mind you, his wife refuses to work, despite having multiple advanced and highly employable degrees. Even though she’s not willing to go to work, she is willing to destroy her husband’s career and impoverish their family because he isn’t able to take her 30-plus calls per day because she’s bored and doesn’t know how to amuse herself other than to harass him at work. I think this particular strain of nonsense would probably end if she actually went out and got a job with which to occupy her time, but then I’m crazy like that.

Naturally, I encouraged my client to validate his wife’s need to feel important and heard and understood, in the hopes it would bring him some relief. I suggested he discuss scheduling set times for her to call, such as on his lunch hour and breaks, but no dice. 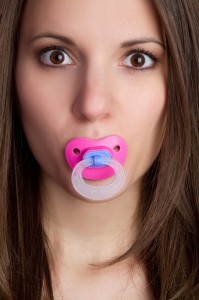 On the off chance this woman’s entitlement and hostile dependency issues might surpass her inability to self-soothe or find meaningful ways to occupy her time during the day, I suggested my client explain the simple mathematics of him keeping his job. That didn’t work either, but then approaching abusive, emotional reasoners with logic is often like waving a red cape in front of a bull.

In this woman’s mind, if my client loses his job it will be his fault for not taking her calls at work and not because she lied to his boss about stealing from the company and getting him fired.

My client is currently in the process of extricating himself from his marriage. [*Please note: My client’s wife engages in many more abusive behaviors in addition to the telephone harassment.] He’s informed his company of the impending divorce and that she may try to get him fired. They believe my client, who is a valued employee, and told him, if necessary, they will seek to slap his wife with a restraining order if she continues to harass him at work and disrupt their business after he files.

Now that’s what I call a natural consequence.

Bottom line: No one should have to tolerate this kind of torture — especially from their wife, partner, boyfriend, girlfriend, husband or ex. If you’re being harassed and abused like this by your partner, please consider taking steps to end the abuse. Get support, talk to someone you trust and really consider if this is how you want to live your life.

*This article is also discussed in the Welcome to Shrink4Men Radio episode.