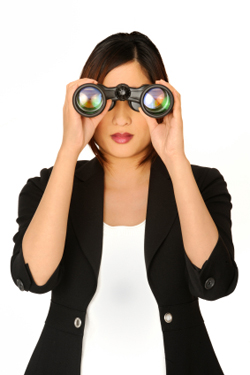 For many people, the word stalker conjures up the image of an obsessed, delusional man, lurking in the shadows and peeking through some poor woman’s windows, but this is only half the story. Women stalk and harass their male intimate partners and former-intimate partners, too.

If you’ve been involved with a high-conflict and/or abusive personality-disordered woman, it’s highly likely that you’ve been the target of stalking and harassment. Most male stalking victims don’t refer to female stalking behavior as stalking. They use words like crazy, obsessed, psycho, delusional, bitter ex-wife, vengeful ex-girlfriend, “can’t let go,” “can’t move on” and a number of other equally appropriate descriptors.

Who engages in stalking behaviors more? Men or women?

Female offenders engage in stalking and harassment behaviors with as much frequency as male offenders do. Why don’t we hear about it? Because most domestic violence groups and media outlets, at best, grudgingly acknowledge male victims of abusive women. Even worse, female-perpetrated abuse and stalking behaviors are portrayed as funny, retaliatory, self-defense or not as serious. For example, the blog Confessions of a Facebook Stalker (That’s Me) and countless memes shared on social media.

Recent studies find that men and women seem to engage in stalking behaviors equally. Older studies show that women comprised the majority of victims. However, these figures are believed to be due to the way the questionnaires and surveys were worded in the older studies. It’s also attributed to the fact that men are less likely to report a crime when a woman is the perpetrator because they’re afraid of being ridiculed, not believed and/or because they don’t believe they’re in physical danger.

[Men] who find themselves the victim of a female stalker often confront indifference and skepticism from law enforcement and other helping agencies. Not infrequently, male victims allege that their complaints have been trivialized or dismissed, some victims being told that they should be “flattered” by all the attention.

Victimization studies indicate that women are seldom prosecuted for stalking offenses, with criminal justice intervention most likely to proceed in those cases involving a male suspect accused of stalking a woman (Hall, 1998). The available evidence suggests that stalking by women has yet to be afforded the same degree of seriousness attached to harassment perpetrated by men. This is despite any empirical evidence that women are any less intrusive or persistent in their stalking or pose any less of a threat (physical or otherwise) to their victims. 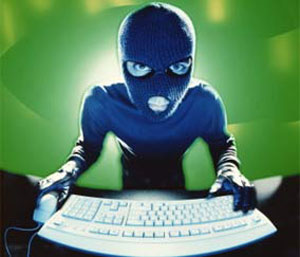 Langhinrichsen-Rohling et al (2000) used the Unwanted Pursuit Behaviors Inventory (UPBI) to determine the prevalence of “former-intimate stalking-type” behaviors in an undergraduate population. This study finds no sex differences in overall UPBI scores of individuals who are the “dumpees.” Females and males indicate that they engage in stalking acts to the same degree in their inventory responses.

Additionally, there are no sex differences in the number of unwanted pursuit behaviors (UPBs) experienced by those who initiated the break-up. “Males and females who had instigated the break-up were equally likely to be the victims of UPBs by their former-intimates, which included theft, physical harm and being followed.”

Interestingly, males are found to be the victims of cyber-stalking by a former-intimate more than their female counterparts (Alexy et al, 2005). Mullen et al (2001) also find that women are more likely to favor electronic stalking than physical stalking, show the same propensity for threats, physical violence and property damage as male offenders, are more motivated to establish a love relationship with their victims and are likely to target men and women equally with their stalking behaviors [*This is consistent with research on female bullies who are equal opportunity bullies; their male counterparts tend to bully other men.]

Stalking is a combination of harassment behaviors, both online and offline, that are unwanted by the target and induce fear, frustration and/or cause physical and psychological distress. Wigman (2009) conducted a research review on male victims of former-intimate stalking (i.e., men who are stalked by crazy ex-wives, ex-girlfriends, ex-friends with benefits, one-nightstands and, in some cases, women with whom they’d never been intimate). She finds:

Although no definition of stalking is universally accepted, most have in common the stipulations that the behaviors or acts must be repeated and unwanted. For example, the U.S. Department of Justice (2002) stated that stalking is “the willful or intentional commission of a series of acts that would cause a reasonable person to fear death or serious bodily injury” (p. 1). This definition includes a fear component, although other definitions do not, and under these circumstances, cases are often considered as “harassment” rather than “stalking.”

For example, Langhinrichsen-Rohling, Palarea, Cohen, and Rohling (2000) identified unwanted pursuit behaviors (comprising harassment acts and more severe stalking acts), which they defined as “activities that constitute ongoing and unwanted pursuit of a romantic relationship between individuals who are not currently involved in a consensual romantic relationship with each other” (p. 73). Stalking or harassment acts can range from relatively minor behaviors such as leaving unwanted messages or gifts for the victim, to more serious actions such as following, threatening or assaulting the victim.

The 2001 British Crime Survey (BCS) defines stalking as involving feelings of “fear, alarm or distress” because of “two or more events of harassment” (Walby & Allen, 2004, p. 4) and incorporates all types of stalking behaviors. Purcell, Pathe and Mullen (2002) find that stalking by a former-intimate appears to be the most severe, with targets suffering “more varied stalking acts in general for longer durations, as well as more threats, physical harm and damage to their property, than acquaintance stalkers, stalking by family, friends, or colleagues, or stalking by strangers” (Wigman, 2009).

Who is likely to stalk?

The usual suspects, of course.

Personality-disordered individuals who are more likely to engage in stalking behaviors include narcissistic, borderline, histrionic, antisocial, schizoid and dependent personalities (Meloy & Gothard, 1995; Akhtar, 1987). There is also a high correlation with individuals who have substance abuse histories, mood disorders, sexual dysfunction and schizophrenia (Meloy & Gothard, 1995). Having a significant loss within a 7-year period (e.g., a divorce, break-up, estrangement, loss of job, death of a child or parent) is also common among stalkers.

Why is it important that men accurately identify these types of behaviors?

Stalking and other forms of harassment are criminal behaviors, whether the perpetrator is a man or woman. Stalking typically occurs after a break up, although, it can also occur at the onset and throughout the course of the relationship. For example, does your wife hack into your email? Harass you via text messaging throughout the work day or when you spend time with friends or family?

Many men view stalking behavior in women as normal female insecurity, jealousy and/or possessiveness. These are not normal behaviors; they’re abnormal and abusive behaviors. They’re indicative of an individual who has a lack of boundaries, a shaky grasp on reality and sociopathic tendencies (i.e., no empathy for how her victims are feeling and the belief that only her needs, feelings and desires matter).

If you’re beginning to date someone and they display stalking/harassment behaviors, it’s a huge red flag. I guess we could say stalking you means she’s “really into you,” but that’s not the healthy kind of “into you.” If your wife/girlfriend engages in these behaviors, please understand it’s a form of abuse and it’s wrong.

Have you considered taking legal measures to protect yourself and your loved ones from an ex who stalks and harrasses you? If not, why not? The reason so many women get away with these behaviors is because not enough people take them seriously. Perhaps society will begin take female criminality more seriously if we start prosecuting women who engage in these behaviors — just like we do with male offenders.

Perhaps some men aren’t physically afraid of their female stalkers, but that doesn’t make their behavior any less criminal. Being stalked and/or the target of a harassment campaign can be incredibly stressful, irritating and emotionally and psychologically damaging. Law abiding citizens — this includes men — have a right to the peaceful enjoyment of their lives free from harassment by their former intimates or other love/revenge-obsessed former/current intimates.

Please check back in a couple of days for the second part of this series, which will provide a comprehensive list of stalking behaviors and a discussion of stalking types and categories.