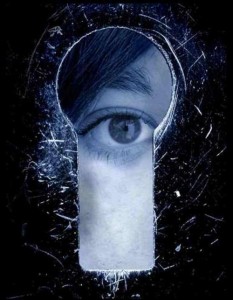 Why Are Men More at Risk?

Many men don’t realize that their exes, girlfriends and wives engage in behaviors that can be described as stalking and harassment. In many cases, these behaviors could be classified as criminal. Stalking and harassment are also a form of abuse. In some ways, men are more at risk for these behaviors because many stalking acts engaged in by female stalkers are considered to be acceptable female courtship behaviors. To be clear, the behaviors cited in this article are not normal. They’re often an indication of pathology.

Male stalking victims are more vulnerable than their female counterparts because:

Several studies show male victimization can be just as severe as female victimization (Palarea et al., 1999). Furthermore, ex-intimate partners have been consistently shown to be the most common and dangerous kind of perpetrator (Zona, Palarea, & Lane, 1998). While men comprise approximately half of stalking and harassment victims, they’re still routinely portrayed as the predators in these situations and don’t receive the same attention and support as female victims.

When you first begin dating someone and are in the first blush of excitement, it’s acceptable to text or email repeatedly throughout the day, explore the other person’s interests, drop by to visit without an invitation and generally make yourself available to her or him. After a break-up, many of these behaviors may also be acceptable if one or both parties are attempting a reconciliation, but when do these behaviors cross the line from romantic pursuit to stalking and harassment? 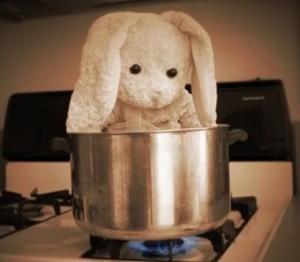 This list is by no means exhaustive. Additionally, research finds that female stalkers tend to be more “creatively aggressive” in their stalking acts, tend to engage in cyber-stalking with greater frequency, are more motivated by the desire for an intimate relationship with their victim, and are more likely to engage in stalking activities during daylight hours than their male counterparts (Alexy et al, 2005; Purcell et al., 2001, p. 2056). [*To spare myself comments pointing out that men engage in these behaviors, too; yes, they do. However, I tailor myself writing for a male audience.]

How does one best distinguish between enthusiastic romantic pursuit behaviors and stalking and harassment? Perception can be subjective. Ergo, one man’s bunny bolier is another man’s love bomber. In other words, many of the codependents I work with initially experienced common love bombing behaviors as flattering. While healthier men and women find love bombing overwhelming, over the top, too much too soon and sometimes downright creepy.

Additionally, people who lack boundaries can usually experientially understand something isn’t right about the harassment and stalking behaviors of borderlines and narcissists. However, they have difficulty articulating why it feels uncomfortable to them. Then, I explain what constitutes harassment and that feeling uncomfortable, pressured, irritated, etc., is a natural emotional response to being harassed and hunted like an impala on the Serengeti.

Based on the research and my professional experiences, here are some questions to ask yourself. if you’re unsure or confused by what yo distinguishing between courtship/reconciliation behaviors and stalking/harassment: