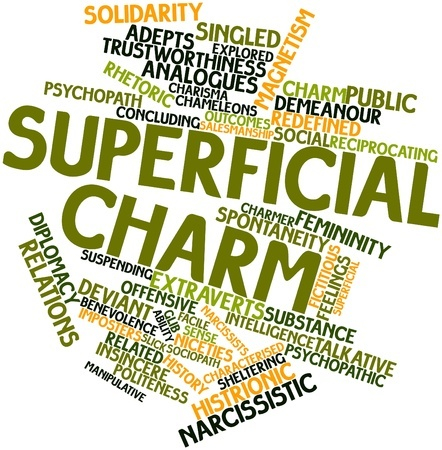 It’s day 28 of Domestic Violence Awareness Month. Beeker shares his story about how his true love became his abuser.

Our eyes met across a crowded room. As trite as it sounds, that is how I met the woman who became my wife and my abuser… the Hungarian Horntail. The cafeteria was loud and boisterous. I was eating lunch and looking for one of my friends so when my eyes met with a woman who I did not know, it was fleeting. When our eyes met a second time, I was curious why.

We ran into each other frequently. She was energetic, bright, articulate, charming and handsome rather than pretty. She was slim, fit and muscular. I wasn’t looking for a relationship; she said she wasn’t either. Everyone around us relaxed by drinking alcoholic beverages; we had non-alcoholic coolers, juice or coffee. In retrospect, a great number of Horntail’s positive aspects were reflections of me.

Looking back, I see the red flags. At the time, I thought some of her behaviours might be as a result of different social upbringing and context. The first red flag happened before we became a couple. Horntail seemed agitated. She kicked a concrete wall as we walked past. After she lashed out, Horntail was calm. I cannot recall what was bothering her just how she dealt with it.

Within a few weeks, our mutual buddies were asking us if we were a couple since we were together so often. When Horntail and I became a couple, things were amazing. When I first heard the expression “love-bombing” on the S4M forums, it resonated like a bell. The first two years were a blast.

Within six months of meeting Horntail, she moved in with me. As soon as she moved in, Horntail declared my apartment was unsuitable and started looking for a small house to purchase. Three months later, we bought a house together. In the space of four years, we were married and had two children.

Shortly after we bought the first house, Horntail offered to take over the budget. I didn’t think much about it as it made sense to me to have one person balancing the books. She asked me to consult before making any major purchases. Noteworthy, at no point did she offer to consult me.

After the initial love-bombing period, our sexual relationship became infrequent at best. Horntail often claimed to be too tired or her medication reduced her sexual appetite or whatever excuse suited her fancy. Mind you, when Horntail was in the mood, I was expected to perform whether I was exhausted, sick or disinclined.

It would not be possible for me to create a comprehensive list of the abusive incidents and behaviours perpetrated by Horntail. Suffice to say, there were hundreds of incidents of varying severity and impact.

Initially, Horntail’s pernicious behaviours appeared self-directed. Shortly after our first child was born, Horntail became bulimic. To my eyes, Horntail hadn’t gained any weight after her pregnancy. I was distressed and asked Horntail to see a therapist. Looking back, I believe this was part of Horntail’s campaign of shit-testing and grooming for me.

Horntail exercised compulsively. She was incapable of sitting still for more than a brief period. She frequently had sports-related injuries. She used to run more than 10 km (6 miles) daily. She ran with shin splits, with sprained ankles, with a broken bone in her foot (5th metatarsal from memory) and kept running until the ragged bone edge sawed through tendon, required surgery. She tore ligaments in her shoulders. Over the years, she had at least 14 different orthopedic surgeries; everything from both feet, both knees, carpal tunnel surgery on both wrists, reconstructive on both shoulders and both knees.

Horntail was never physically violent with me but her incidents became more frequent and destructive. I cannot count the number of angry outbursts (up to and including primal screaming), broken dishes, holes in the walls, erratic driving. For years I believed these incidents to be spontaneous. Now I’m not sure anymore.

Horntail had transient periods of bizarre behaviour. For example, for a while she dressed in ragged clothing and wandered the neighbourhood, picking up garbage as well as collecting bottles and cans to return for deposit.

Horntail was a prolific thief. She claimed she found things while running. I only caught her out once. She was examining her “prize” in the car after we left the store. I recognized it as something she’d looked at, but put back on the shelf in a store. I drove back to the store and told her to return the item or I would call the police. I watched as she returned the trinket. Horntail persuaded the clerk that the theft was as a result of poor impulse control due to her medication.

While Horntail might not have had a master plan, these incidents served to keep me attentive to her needs and maintained the pattern Horntail wanted. She made the messes and I cleaned up after her.

Horntail continued to see therapists from the first one in 1992 throughout the rest of our relationship. She changed therapists and she always had an explanation as to why. For instance (according to Horntail) one therapist felt she would benefit from seeing someone who specialized in eating disorders. Once that issue was (theoretically) addressed, she changed to another therapist who specialized in anxiety disorders. As soon as Horntail “fixed” one problem, another appeared.

Part of the reason for changing therapists was due to the fact we moved from city to city three times during the marriage. The final move to Ottawa was so Horntail could reconnect with her extended family. My hope was the extended support network would help Horntail’s healing. Within two years, Horntail created a conflict with her mother so outrageous, her extended family all but withdrew contact.

After the death of Horntail’s father in 1994, her mother and brother mismanaged the family business into bankruptcy and lost everything, even their homes. Horntail bought a condo for her mother in Ottawa. In 2008, we moved to Ottawa. In 2010, Horntail discovered her mother was financially leveraging the condo illegally (the apple didn’t fall far from the tree) so she sold the condo, forcing her mother (then age 74) to move. I learned later Horntail’s mother and brother pooled resources and offered to buy the condo, but Horntail refused.

The only time in our relationship I asked Horntail for help was in the weeks after my grandfather’s death. I was feeling emotionally overwhelmed by grief and sorrow and was struggling to meet the demands of my job, Horntail and my kids. In tears, I spoke to Horntail. Rather than supporting me, Horntail ordered me to seek professional help. Within a few sessions, I was recovered sufficiently to cope.

I believed I could love Horntail to health. I thought if I accepted her aberrant behaviour without judgment; if I continued to act in a loving manner and raising the children to the best of my ability, eventually Horntail would learn and adopt healthy behaviors. This hope allowed me to see progress where none such existed.

I projected the pain of my neglectful childhood to provide this self-deluding context where Horntail was a victim who I could help. The reality? Horntail is a sociopath who took advantage whenever and wherever possible.

We started down the path to divorce through a miscalculation on Horntail’s part. She used divorce threats as a motivational tool once too often. As a result of counseling, I was strong enough to call her bluff. After a couple days of mad scrambling, Horntail hoovered me back in but I established boundaries for the first time in our relationship. For a brief period, Horntail changed but, like all such changes, it didn’t last. About a year later, in May 2012, I asked Horntail for a divorce.

Horntail agreed to divorce and suggested we use a single lawyer/mediator. I declined, saying I felt I needed a lawyer to represent my interests. So Horntail got a lawyer and we started to negotiate the legal separation agreement. Horntail wanted her lawyer to be the one who wrote up the agreement. I didn’t have a problem with that, but that put Horntail in control of the process. She was in no rush since she was intent of hoovering me back in.

When Horntail realized I wasn’t going to reconcile, her behaviour deteriorated. The end came in January 2013. I was washing dishes in the kitchen and Horntail was complaining about the legal costs of writing up the separation agreement. Our son (then 21) came down and asked Horntail why she refused to pay dependent support. Horntail began raging at our son about daring to question her about such matters. He retreated to his bedroom and slammed his door shut.

Horntail turned her rage onto me, claiming I fed such questions to our son and was teaching him to be dependent on others and to feel entitled to dominate women based on my bad example. Ironically, I continued washing the dishes for the meal I’d prepared as she raged. Then, from a distance of about 15 feet away, Horntail started to shriek, “Don’t touch me! Don’t touch me!” repeatedly.

I didn’t recognize the ploy, but felt Horntail was losing control. To escape the situation, I headed to the door. Horntail blocked my path, still screaming. I went around her and grabbed my jacket. At the door, I leaned over to put on my boots. Horntail came up close, screaming in my face and preventing me from opening the door. I straightened up and fended her off.

Horntail did a perfect break fall backwards. She’s been doing karate for more than 20 years and has black belts in two different styles so it’s not surprising she knows how to fall properly. She bounced back to her feet and smiled at me. Then she said “Perfect. 9-1-1, I’ve been assaulted!” and grabbed the phone to call the police.

Our son had come out and watched the situation. He picked up a phone and told the police dispatcher what really happened. The police came, interviewed us all and asked Horntail to leave. That is the last time I saw Horntail.

Although I was deeply unhappy, unfulfilled and dissatisfied in the relationship, I did not see myself as abused until after several months of individual therapy. I was convinced this misery wasn’t atypical of relationships. My upbringing made it clear that marriage was hard work and it was a husband’s duty to support his wife. I thought since I chose to stay in the situation, I wasn’t a victim. I now recognize this thinking was illogical and irrational. As well, I have a strong sense of honour and I regarded the oaths of marriage I swore to be binding.

In a way, my therapist did for me what the Shrink4Men forums does for many others. She exposed me to some unvarnished truth about how abusive Horntail’s actions were and helped me to understand the source of FOG (fear, obligation, guilt). She helped me develop tools and communication strategies.

I didn’t join the S4M forums until months after the false DV incident. Although I had already made significant progress within individual therapy, joining the S4M provided validation of my experiences in a way that individual therapy cannot. Sharing stories and posting about what we’ve seen and learned is cathartic for me.

Thank you, Beeker, both for taking the time to share your story and your significant contributions to the Shrink4MenForum.