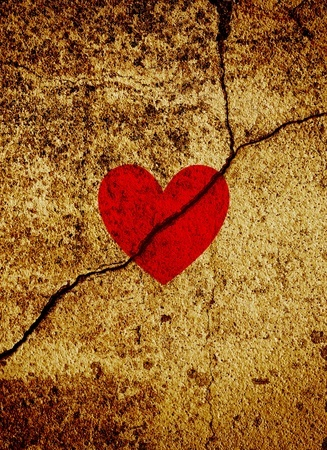 The following is a letter that was written by an Australian man for whom I, Andybob, have had the utmost respect throughout the three decades of our friendship. He is an intelligent and responsible man who found himself in a brief second marriage to an attractive, but, as he would soon discover, emotionally abusive, Russian woman, whom we shall call, Natalia.

We should never underestimate the brutalizing effect that a woman like Natalia can have on a generous and trusting man like my friend, or how easily they can hide their dysfunction long enough to get that ring on their finger. Their entire relationship began and ended within one of the 11-month periods that I work outside Australia, so, I have never met Natalia.

The letter was intended for Natalia’s mother and eighteen year-old daughter because my friend feared that they may not have been aware of Natalia’s dysfunction. He quickly realized that this couldn’t possibly be true, and decided not to send it to either of them. It is important to keep in mind that, due to the letter’s intended recipients, this letter is the sanitized version of some of my friend’s experiences while married to Natalia.

I became determined to find a suitable way to share his letter because, as he was reading it to me, it occurred to me that I was probably the only person who genuinely wanted to hear of his experience with an emotionally abusive spouse. As with so many men who have been in his situation, it was apparent that he felt very isolated from most of his family and friends. People, even loved ones, can become very uncomfortable and dismissive when men start talking about their pain – especially when they begin talking about how they have been emotionally hurt.

My friend just wanted to be heard, to share his experiences, and warn others that even strong, smart, ethical men can find themselves married to psychologically abusive women. Many assume that a man should know better, control ‘his woman’ and, above all, remain stoic and silent about his stress, loneliness and humiliation at the hands of their abusive wives and girlfriends. It is a deeply offensive and misandric way of marginalizing male pain until it is rendered all but invisible.

Here is the letter that my friend wanted me to share:

I would like to express how hurt, upset and devastated I am by the failure of Natalia’s and my marriage. Over a seven-month period, Natalia did some very hurtful, cruel, unstable and deceptive things that a wife should not do. She had a strange man call claiming she met him on the Internet and then suggested it was an attempt to make me jealous.

She often disconnected our phone without telling me and destroyed phone numbers of mine, both business clients and friends. She insisted on coming with me to tutoring appointments and that my clients contact her first. She had their number and my friends’ but I never had any of her family or friends’ numbers. She would contact my friends without telling me. Natalia hid in our locked bedroom and parked her car in another street to spy on me or surprise me.

I could not go out in public with Natalia because she would become angry and aggressive, claiming I was looking at others, and even when I was talking to her, she would storm off, claiming I was not looking at her. She often talked to other men and women in the street and this never bothered me, but, I was forbidden to do the same.

On one occasion, when I said hello to a mother when her small child nearly tripped me, she became violent and threatened to jump out of our moving car. Natalia would insist I swear on my children’s or parents’ lives I would not look at or talk to ‘korva’ or ‘prostitute’ as she called other women.

She began to go out at strange hours and I could not contact her. She would come home in the early hours of the morning and not explain where she had been. On one occasion, she returned home very late and told me she had parked her car in another street. The following morning, a taxi turned up and she insisted it was not for her, but the driver called her name. She claimed she had been too tired to drive home from her mother’s, but I did not understand why she did not call or tell me.

When Natalia had a car accident, I was there to make sure she was safe. When I asked if we could quickly visit a client in the same street to apologize for missing my appointment, she became hysterical and aggressive and openly called her old boyfriend/boss in front of me. This was very hurtful. She often accepted financial help from him which was hurtful and disrespectful of me as her husband.

I looked after Natalia with all my ability. I cooked for her, cleaned for her and gave her everything I could. Over a six-month period, I gave her $10,000 to avoid a drink-driving charge, $25,000 for bank debts and credit cards, $15,000 for her mother’s permanent residency, and $15,000 for her dance school business. I helped her pay many phone bills and registered her car and gave her financial help when she needed it. Now I am in financial difficulty.

When my father was seriously ill with cancer, I gave Natalia $500 to go to Melbourne to visit girlfriends and she did not contact me for several days. She eventually texted my sister to say she was in Newcastle for a beauty quest with accompanying photos, showing me and my family no respect or concern at this serious time.

Natalia is a physically attractive woman and enjoys attention from others to satisfy her ego and vanity. She is obstructively and aggressively jealous and unable to apply the same standards and expectations which she had of me to herself. She is extremely self-centred.

I feel Natalia has serious emotional and psychological issues that prevent her from being able to maintain a healthy long-term relationship. This was supported by a counsellor we both attended. She is jealous and insecure and could never trust me or understand my loyalty and stability. Her aggressive and destructive behavior is hurtful and disturbing and I could not bear it any longer.

I cannot help but feel Natalia used me for my financial resources. I loved her and am a good, honest man, but she drove us apart. I was not sure whether to write this letter, but Natalia contacted my family and friends and I want the truth to be known.

I have no malice or ill-will towards Natalia, but am hurt and feel sorry that she will never be happy until she addresses her issues and faces the truth.

Ps: Natalia told me she had been unfaithful during our marriage and this was the most hurtful action of all.