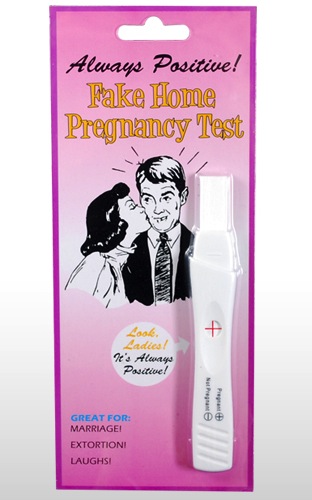 It’s day 31 of Domestic Violence Awareness Month for Men and Boys, the invisible victims of domestic violence. If you’ve been following the In His Own Words series all month, you know just how heartbreaking and gut wrenching these men’s stories are. Many of you have undoubtedly found these accounts painful and triggering to read, especially if you or someone you love has had similar experiences.

These men’s tales have run the gamut from physical violence to emotional abuse to substance abuse to mental illness to sexual abuse to sociopathy to child abuse to abuse by law enforcement and the family court system. Hopefully, In His Own Words has helped put a human story to men’s domestic violence statistics and helped illustrate that domestic violence perpetrated against men and boys by women isn’t “funny” (Sharon Osbourne, I’m talking to you) nor does female perpetrated violence occur due to feminist fairy tales like rape culture and patriarchy. Abuse can usually be attributed to the multi-generational transmission of violence and dysfunction.

Today’s In His Own Words is a little different, in that we get to hear a manipulative, deceitful, abusive woman get her comeuppance.

The video, Always Be Recording? Better Believe It, is an audio file from Houston’s 104.1 FM The Roula & Ryan Show. Roula and Ryan periodically do a “revenge” segment in which they invite listeners to come on the show and confront their tormenter on the air live. Enter Josh and Jen.

Josh dated Jen for 6 months. He broke up with her after her behaviors became increasingly “manipulative, angry, crazy, jealous and psycho.” Approximately 2 months later (after Josh began dating another woman), Jen resurfaced claiming she was pregnant — oops! 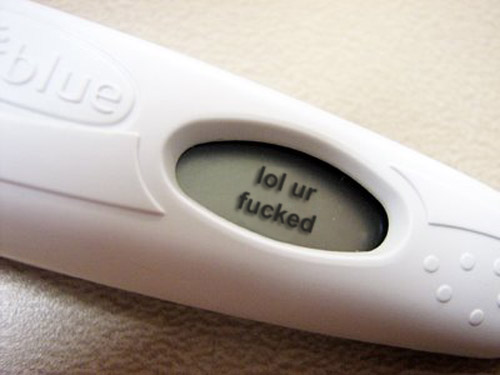 Josh decided to “do the right thing,” broke up with his new girlfriend and got back together with Jen. (*Marrying Crazy just because she traps you into fatherhood is not the right thing — retaining an attorney, establishing paternity and securing your parental rights is the right thing). Please play the video below to hear what happened next.

As I was listening, I couldn’t help but have the following reaction as Josh and Roula held Jen accountable:

I mean in a non-sexual way, of course.

The alternate title for this article was How a BPD Says I Love You. Jen lied about being pregnant, having a miscarriage and being forced by Josh to get an abortion in order to destroy his relationship with his next girlfriend. She claimed she did it, “for [us],” because “God wanted her to” and “out of love.” In other words, deceit and manipulation are a-okay if it staves off  feelings of “abandonment” and gets her what she wants — regardless of what the person being deceived and manipulated wants and regardless of how the person being deceived and manipulated feels. Sociopathic much?

The typical narcissistic, BPD lack of empathy is evident when Jen asks Josh, “How could you do this to meeee!” Also evident is her complete lack of remorse for her actions. She’s not upset because she realizes what she did was wrong, she’s upset because her sociopathy was publicly exposed. She’s not sorry for what she did; she’s sorry she got caught.

There are probably other mental health professionals who think I’m being unprofessional for making moral judgments about Jen’s character. These “professionals” would probably be quick to rationalize and excuse her behavior, chalking it up to a fear of abandonment or childhood abuse, the poor, poor dear.

Jen’s actions are wrong. She shows herself to be morally bankrupt. If she’s ever going to become a decent human being, that’s where her therapeutic work needs to begin. Jen very well may have suffered abuse as a child, but she is no longer a child. She is an adult and she is accountable for her behavior as an adult. Jen needs to experience shame for her shameless behavior.

Sadly, Jen’s behavior is not uncommon. It happens all the time. Ryan and Roula claim they’ve received texts from other male listeners who were also lied to by other equally desperate, unscrupulous, self-centered, selfish, crazy assholes. There are a couple of high points in this segment; one being when Jen thinks Josh is going to propose to her. The other being when Roula, the female radio host, blasts Jen and gives her an accountability smackdown, which brings me to my next point.

Women need to start holding other women accountable for this kind of crap.

There seems to be some kind of unspoken pact amongst a great many women, “Thou shalt not speak out against thy fellow woman, no matter how batshit crazy, amoral or sociopathic she may be.” Think I’m exaggerating? Think again.

A few months ago, someone shared an article I wrote, “Accidental” Pregnancies, Entrapment and Children as Weapons on CafeMom.com. One of the main points I make in this piece is that self-respecting, psychologically healthy woman do not force or trick men into fatherhood. This shouldn’t be a provocative or inflammatory statement, right? It should be blindingly obvious, shouldn’t it?

The majority of CafeMom commentators were outraged. Actually, the comments would be a laugh riot if the insights into these women’s belief systems weren’t so frightening. One woman condemned me for not “sticking with my own kind,” as if we’re living under some man-woman apartheid. Another woman hypothesized that I’m really a man masquerading as a woman (Surprise!)

I am not bothered by the attacks on my character, the accusations of misogyny or the questions about my very existence. What bothers me the most is the high percentage of women who think lying about being on birth control and trapping a man with an unwanted pregnancy is a perfectly acceptable thing to do. The post is a sampling of how a lot of women view this matter and, frankly, it’s pretty disturbing. You can read the comments here.

One woman became so unhinged by the idea that’s it’s not okay to lie about birth control that she started another forum thread, Just “Who” or “What” is Dr. Tara J. Palmatier. She writes:

Okay, ladies, this is a spin-off of Future Shock’s post about women entrapping men by getting pregnant.

I wanted to know WHY this supposed “woman” shrink was so one-sided against women— SURELY, a Wiki post somewhere existed that would explain why. I have found some images that are supposed to be her, but cannot be sure…

I propose that this “woman” is a fake.At least with Ann Coulter, you know she WAS born… This entity, well, do a little searching with Google, Bing, etc., and let me know if you find any REAL info other than blogs or articles purported to be written by her..

Here is an example of her “work”. I did not slog through all of the videos, but the ones I watched were enough to tell me I didn’t want to waste my time watching women hating on women… WHERE did they get these women? PAY THEM???

Think the CafeMomsters are just a small subset of whacky stay-at-home-moms? Think again.

ABC’s 20/20 (remember them?) periodically does a segment with John Quinones called What Would You Do? They did one not too long ago called, He’s Not the Father, Would You Tell?

Not one single woman told the male paternity fraud victim he was being duped. Not one. Not even the women who acknowledged that lying about the paternity of the baby was wrong in the post-interviews.

What does all of this have to do with raising awareness for male victims of domestic violence?

More women (and let’s not conflate women and feminists) need to start speaking out against female batterers, paternity fraudsters, fraudulent restraining order abusers, parental alienators, able-bodied adult women who are capable of working but are awarded spousal support regardless, entitled princesses, female teachers who have sex wi their students, and false rape accusers, etc., etc. If you speak out when men behave in a similar fashion, you are a hypocrite if you don’t speak out against women who do the same.

Evil flourishes when good men and women do nothing.

To this end, I will announce the In Her Own Words series in the coming days. I’d like to hear from women whose husbands, sons, fathers, brothers, grandsons, nephews and male friends have been abused and/or victimized by a woman and/or by proxy at the behest of a woman. Domestic violence is not a gender issue. It hurts all of us, either directly or collaterally.

Thank you to all the fine men who shared their stories this month. I appreciate your willingness to make the time to do this. I know that dredging up these experiences was painful for many of you and admire your courage for doing so. We want to keep hearing from you and continue In His Own Words as a regular feature on Shrink4Men, which I will also address in the forthcoming announcement.