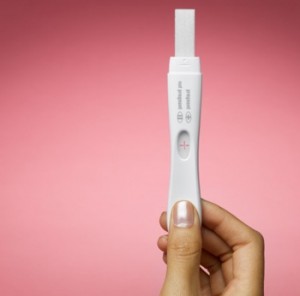 How many men have been suckered and emotionally extorted into relationships and marriages with crazy, immature, high-conflict and/or personality disordered women who “accidentally” got themselves pregnant?

How many men would have ended relationships without looking back if not for being forced into fatherhood against their will and wishes?

How many men have stayed in an abusive relationship for the sake of their children, even though they feel a little piece of themselves die inside everyday?

An “accidental” pregnancy is one of the oldest tricks in the book of desperate, emotionally disturbed women.

Deliberately becoming pregnant without a man’s consent, against his explicit consent, as a way to hold onto him or to extort a commitment and money from him is one of the the most underhanded, contemptible forms of betrayal and theft there is.

Her body, her choice. Fine, but what about the genetic material a woman needs from a man to even have that choice? Parenthood ought to require mutual respect and consideration; a mutual choice. His sperm, his choice. Very often men have no choice about becoming fathers.

“If he didn’t want to be a father, he shouldn’t have had sex!” is a lame and self-serving argument.

A woman who deliberately gets pregnant against a man’s wishes and/or when she senses he’s about to end the relationship is a self-centered, un-empathic, duplicitous, manipulator of the highest order. Do not be fooled by her lies that it was an accident.

Accidental pregnancies are easily remedied. A woman who honestly becomes accidentally pregnant is open to exploring options such as adoption or abortion. If it’s a healthy relationship that was leading to marriage, then the pregnancy becomes a pleasant surprise.

A woman who doesn’t consider a man’s feelings and wishes about having his baby is NOT a woman he should bind himself to legally in marriage. These women are so twisted they lie to themselves and convince themselves that they’re doing this out of “love.” This is bullsh*t.

In healthy relationships between healthy adults, children are a living symbol of their union and love.

A child conceived in this way is not his/her own little person; the child is a means to an end. The child is conceived for the sole purpose of tying the father to the mother against his will. The child is a weapon. The child is created to control and hurt the father. Women who view children as objects and weapons are highly likely to be parental alienators.

These women are not good parent material. Being a parent requires selflessness at times. Tricking a man into fatherhood is a supremely selfish act. A woman who does this demonstrates, before the child is even born, that she is incapable of acting in “the best interests of the child.” How is it in any child’s best interest to be born into a family in which the father was forced into parenthood with a woman he neither loves nor wants to be with?