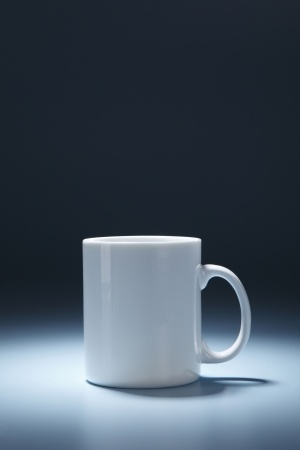 It’s day 14 of Domestic Violence Awareness Month for Men and Boys. While men comprise approximately half of all domestic violence, they receive very little attention, support, compassion and resources. Men are the invisible victims of domestic violence.

Today’s In His Own Words is a little different. “Mellaril” was able to avoid repeating some of the same patterns in his marriage by heeding the lessons he witnessed as a child.

As a child, I don’t remember domestic violence being frequent in my home but it was consistent. My father was a World War II vet who followed the plan, going to college on the GI Bill, getting a good job, marrying a local girl. My mother was the prototypical stay-at-home wife/mother of the 50s.

She looked like Laura Petrie in The Dick Van Dyke Show. She worked off and on as a commercial artist, and model for a wig shop and trade shows. She never learned to drive a car. An aunt later told me, “It really cramped your mother’s style when you came along.”

On paper, we looked pretty good. Behind the walls, it was different. Both my parents were alcoholics. Dad was a functional one, Mom, not so much. My mother was often asleep and I was left to fend for myself until my father got home from work. She’d rouse herself long enough to accuse him of “taking three tries to hang up your suit.”

I don’t remember witnessing the start of any event. It was usually the commotion that brought me out of wherever I was. I remember my mother standing in front of the door so my father couldn’t leave.

More than once I stood on the porch as my father tried to talk my mother into getting out the car after she’d grabbed the keys and locked herself in. I remember my father ducking down the basement stairs as my mother launched a coffee cup through the window of the kitchen door.

My mother once told me that my father had called to tell her that he was having dinner with a client and would be home late. She said she took the Cornish hen and threw it in the snow. She said the next day she thought about it, fished it out of the snow, and gave it to him that night for dinner. I don’t know that he ever knew.

However, the worst one was when I came out of the bedroom to see them struggling in the bathroom. My mother was off the wall ballistic. My father was trying to restrain her, I think he was trying to get something out of her hand, but I don’t remember for sure. I only remember at the time, I sided with my mother and told my father I wouldn’t go camping with him. It wasn’t until later when I learned about my mother’s alcoholism that I was able to put things in a different context.

I don’t know how my father coped. What I know is that he left and he took me with him.

For a man to get custody of a child in the 60s was unheard of. The public line was my mother knew he could provide a better life for me. That was true, but from what I learned growing up, I think he had something on her. I don’t know what my life would have been like had my mother gotten custody. I only know that things turned out ok because she didn’t.

They say we marry someone that reminds us of a parent. I think that’s true.

I married a woman with a temper, but a pretty long fuse. Within a year of the marriage, I lit it. She picked up a coffee up and wound up. I don’t know if she was aiming at me or not. I told her if that coffee cup landed anywhere, but where she picked it up from, the marriage was over.

She later asked if I was serious when I said the marriage would be over. I told her I was serious and that I’d never put up with the things my father went through. She’s never picked up another one.