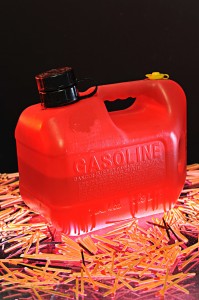 It’s day 6 of Domestic Violence Awareness Month. Today’s In His Own Words features “Thom” — yet another father and child casualty of the family court meat grinder.

Thom could no longer take his Borderline Personality Disordered wife’s abuse and filed for divorce. Even though Thom had overwhelming evidence proving he is the better parent and that his wife is incredibly troubled, it didn’t matter. The freshly divorced custody evaluator, his former sister-in-law (a social worker), his lying ex-wife and an impotent family court judge saw to that.

A BPD Mom and a Recently Divorced Custody Evaluator Walk into a Courtroom . . .

I always knew something wasn’t quite right with my ex-wife. I had a visceral reaction to her comments and interactions almost daily. For example, “Men are scum. I don’t believe in monogamy. I can take care of myself.” In hindsight, she exhibited most, if not all, of the borderline personality disorder traits from early on.

She played the victim role to a “T.” I am a people pleaser-hero-rescuer type, so I foolishly felt a need to help, protect and love her since she was misunderstood and treated so unkindly by all the men before me, or so I was told. I also grew up with high expectations to follow in my very accomplished father’s footsteps. I was always trying to be perfect, to make others happy and that’s what I did with my ex. I continually made excuses for her and purposefully didn’t tell my friends and family what she was saying and doing behind closed doors.

I felt trapped because we had a child on the way. A few of my friends (who are counselors) mentioned they thought my then wife exhibited many borderline characteristics. I talked her into going to couples counseling, but she lied at every session and tried to recruit the counselor as a negative advocate.

During our time together she:

When she slapped me, I stopped, sat back, and said in a very calm, but direct tone, “Please never touch my face or hit me like that ever again.” I explained that I had been blindsided in a bar once and had my nose broken and that I had a girlfriend shove me in the face once and her ring scratched my eye.

My ex said that I couldn’t hold her accountable for the events that happened earlier in my life and now that I asked her to stop, she was going to slap me more whenever she had the chance.

She had sexual hang ups from day one. She cried when I touched her, said it hurt when I stimulated her, that her nipples were too sensitive to touch, etc. Through all the weirdness, somehow we got pregnant.

We had no sex for 9 months, and she used the pregnancy as an excuse not to be intimate and to explain her drastic and violent mood swings. If I tried to be physical she said I was being insensitive. If I didn’t touch her then I was told, “You don’t find me attractive” or “You think I’m gross” or “You think I’m ugly.” After an argument, she would run off with no discussion with our child to live with her sister.

I finally had enough and filed for divorce.

We had comprehensive psychological evaluations done. We both took the MMPI and the MCMI. She was found to be clinically histrionic (96th percentile), to be “incapable of sustaining interpersonal relationships” and “overly dramatic to a point that her behavior causes severe problems with family, friends, and ultimately our marriage.” Our marriage counselor reported that my ex exhibited traits from all the cluster B disorders (Narcissistic Personality Disorder, Borderline Personality Disorder and Histrionic Personality Disorder) and also believes she was sexually abused. All of this information was presented to a custody evaluator along with 200+ emails and 43 recorded voicemails that included all of the above abuse.

The judge initially ruled that I was to have “temporary legal custody” since I was the “more fit parent to make medical decisions.” My ex failed to bring our child to the doctor when she was throwing up for 2 days straight, refused to get her vaccinations, refused to give eye drops for a severe case of bacterial conjunctivitis, etc.

I am an educator and have impeccable relationships with my colleagues, students and their families. During our custody evaluation, the following people spoke to the custody evaluator on my behalf:

All of them told the custody evaluator about their concerns regarding my ex and described my positive attributes. In sharp contrast, my ex had her younger sister (a social worker) and a family friend speak to the evaluator. That’s it. She has no one else. And I discussed that fact with the evaluator.

The custody evaluator, freshly out of her own divorce, dismissed all the information and claimed there was “absolutely no sign of emotional abuse in our relationship.”

All of my character witnesses got a 2-sentence paragraph in a 29-page evaluation document. It read, “XXXXXXX is a well respected professional. He has numerous friends and coworkers that confirm he is an excellent teacher and friend.”

The custody evaluator also said that I have “little to no understanding of early childhood development” and that having “limited time” with me was in our daughter’s “best interests.” I found this quite odd since I have a Masters Degree in Education with 12 credit hours of undergrad course work, 10 hours of graduate course work and almost 10 years of teaching experience.

My ex even lied on the witness stand in front of the judge and had her sister (the social worker) lie to the custody evaluator. She faked tears and told an hour’s worth of BS stories claiming I was the abuser and that I did all of the things she was guilty of and what we had talked about her doing to me at our numerous counseling sessions. She stopped just short of accusing me of child abuse, using the words “neglectful” and “uncaring” in regards to my daughter and me.

In the end, the custody evaluator overturned the judge’s ruling and cleared my ex of any wrongdoing. She said that she is “fine” and that I “made everything up.” The psych evaluator suggested that my ex get into an intensive counseling program, but my ex refuses saying, “I’m fine. You are the one who is f***ed up.”

She now has full legal and physical custody.

Towards the end of our time together, she would cry during intercourse or oral sex, so I stopped trying. My body shut down and for the first time I experienced impotence and premature ejaculation. Since the divorce, she has asked for back rubs and has sent me sexually explicit texts/pictures. She is back to her old ways dating numerous guys simultaneously. She drops hints about her “friends” or tells stories about her latest guy. Last week at the custody exchange she mentioned that all she wants to do lately is have lots of sex.

Recently, our 3-year old daughter was on the toilet and was patting her legs. She looked up at me and said, “Mommy says I have big fat legs.” When my ex picked her up that evening she said, “Hurry up and get in the car. We need to get home since mommy hasn’t eaten all day.” I wrote my ex a very factual, polite email about eating disorders (ex had both anorexia and bulimia when she was a teen) and suggested that she choose her words a bit more carefully around our daughter. In response I got a page long email about how it’s none of my business, how I don’t support my ex’s vegan lifestyle and that she was “only teasing” our daughter, etc.

My daughter has also said that mommy cries in the bathroom a lot and yells and puts her in time out all the time. I get her for 2 hours on Wednesday evenings and from 7:45am on Saturdays until 5:30pm on Sundays. When it’s time to hand her back over, she refuses to go out to meet her mother every single time. She throws her shoes behind the couch and runs upstairs and hides in her room. She grabs my clothes and cries and verbalizes that she doesn’t want to go to mommy’s house.

I will just have to wait it out until my daughter is old enough. Maybe the courts will listen to her about what is going on in her mother’s home. Hopefully, her mental/emotional state will not be irreparably damaged by then.

Divorcing my BPD ex and trying to exercise my parental rights has been a 3-year, $30,000 battle. A battle in which all I wanted was 50% of the time with my daughter and for my ex to assume 50% of our marital debt (we were married less than a year and she managed to rack up $10,000 in credit card debt), which is generous seeing as she took every piece of baby furniture, clothes, accessory, etc., and I am forced to pay $700 a month in child support.

I guess I am just lost in all this. I am stuck here and will need to interact with this woman for the next 15 years. I don’t want anything to do with her and don’t know how to successfully deal with her when she tries to instigate a fight or sex. I know I don’t want our daughter to grow up to be like my ex and her family. They are all divorced, on welfare, bankrupt, have removed children from their fathers and are completely enmeshed.

It kills me. But there is nothing I can do.