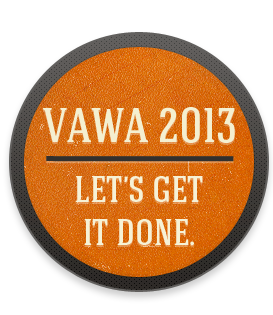 Our judicial system is supposed to protect the innocent and punish the guilty. In family court, innocence and guilt seem to be based on one’s sex instead of actual evidence. Worse yet, family court and restraining order court often use a woman’s feelings as evidence.

Today’s In His Own Words is one of countless examples of how broken the system is and how biased it is against men, the invisible victims of domestic violence. “Alexander” has been removed from his home, his business and his child based solely on his abusive, lying, cheating wife’s word. The only violence that occurred was perpetrated by his wife, yet Alexander is the one being treated like the dangerous criminal.

October is Domestic Violence Awareness Month. Please help me raise awareness about male victims of intimate partner violence and share these stories in your social media networks. Men comprise approximately half the victims of domestic violence and it’s time to acknowledge this and do something about it.

I never could figure out why she did the things she did to me. There was never a fight or argument that wasn’t hung on my shoulders. After a while, I started apologizing for everything just to avoid fighting with her.

I prayed every night before going to sleep in case she stabbed me or beat my head with a statue. Before marrying my wife, I never understood why or how some men could physically abuse women. But when a woman throws objects at you, hits you and damages property in a rage, well, it freaked me out. I never knew how to respond. If she was a man, I’d have throttled her.

Locking myself in the bathroom or office was not a solution. She broke more than one door off its hinges to follow me. Leaving the house was not a solution either. The few times I left, she called family members and told them I was crazy and attacked her. She totally reversed what had actually happened and made me out to be the bad guy (DARVO). Each time I left to avoid the abuse; she went out the next night until 6am the following morning to punish me for leaving the night before.

I am at a loss for words. I feel like the rational part of my brain doesn’t think straight anymore (FOG). We were together for 3.5 years. In that time she must of threatened to leave or packed her things as if she was going to leave maybe 20 times. I never knew the true reasons, but 95% of the things she accused me of doing to her were things she had actually done to me (projection).

I heard more profanity, screaming and hate from her in the 3.5 years we were together than I’d heard in my entire life before marrying her. I didn’t understand why she would start huge fights over nothing and then blame me for causing the fights later on. I now know that she deliberately picked fights to use as a reason to leave the house because she had dates scheduled with men she met on some website.

She was a stay at home mom the whole time we were together. She would tell me over and over how hard it is to raise a baby and then accuse me of not helping with anything. In reality, as soon as I came home from work around 7pm each night, I did most of the chores and cared for our baby – feeding her, changing her diaper and playing with her. No matter how much I helped her, she told her family and my family that I did nothing to help her or to care for our baby.

I have a small landscaping company with two employees. I work from 7am to 7pm in the field, do the paperwork, invoicing, taxes, bids and designs. After coming home, there was a window of 3-5 hours. There was only so much more help I could squeeze into that time. I didn’t understand how she was home all day yet seemed to accomplish nothing. I understood after installing webwatcherdata software on the computer to see what she was really doing while I was at work, supporting her and our child.

She had 5 different Internet dating website accounts and 9 different emails that she used daily. I found her chats, emails and pictures she’d been exchanging with multiple men. She told me over and over again that she was a “perfect wife” and that it was difficult for her to even look men in eyes because she was so shy. In reality, she was dating, screwing, chatting and emailing naked pictures of herself to other men for exactly 2 years.

I confronted her with everything and she finally admitted to what she had been doing and why. She begged me not to divorce her and told me she would delete all of her accounts and give me her passwords, but that was a lie. Instead, she started opening new accounts and hiding things even more. Once I figured that out, I told her I wanted a divorce and there was no going back. She agreed and made me promise to divorce without attorneys and to keep things amicable. This was another lie.

She beat me to it, filed for divorce and had me served with a restraining order. What’s odd is everything in the restraining order is what she has done to me. Anyways, it has been 10 days. I am living in a hotel and awaiting a court date. I operate my business out of home, so I have no access to my clothes, tools or anything else. I have not seen our daughter in 10 days either.

She moved into my home with 3 bags of close and $7000 in credit card debt, no car and no cash. Now she is living in my house that I built and driving a BMW I bought. I am still paying all bills in fear of ruining my credit and she wants alimony, child support and wants me to comply with the ex-parte restraining order and not see our daughter. I am about to lose my mind.

I live second by second now. I keep asking myself why? I understand she wants to keep the lifestyle she has, but without me in it (hostile dependence). Okay, but why get so low and mean especially after I found out about her deceit and traps? Our 2.5-year old child is with her. I haven’t seen both of them for going on two weeks. I am lost and I just don’t see any light at the end of the tunnel.